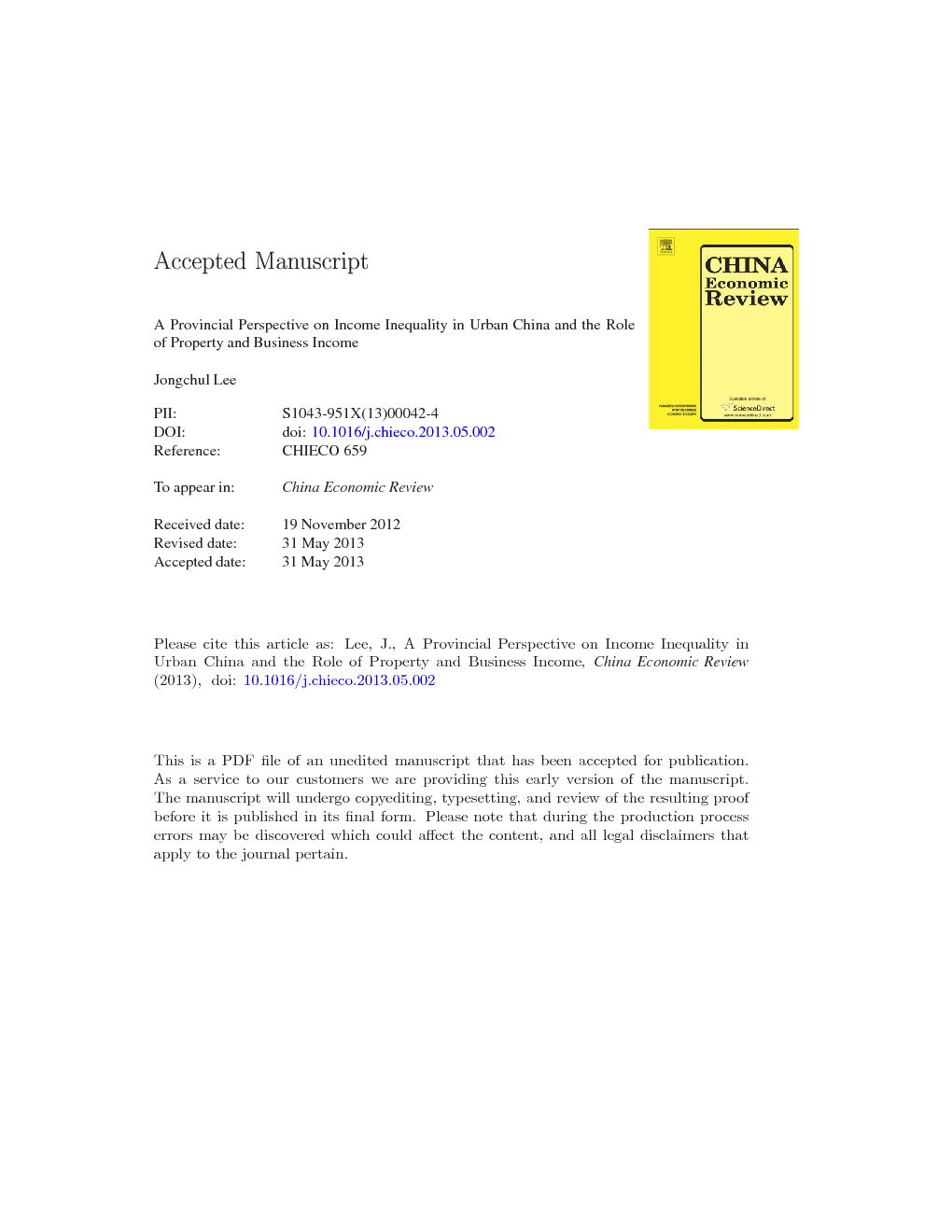 We have tried to investigate the causes of income inequality in urban China with a provincial perspective. In doing so, we constructed a panel data for the provincial Gini coefficients for urban households. We found that inequality in urban areas is higher within the coastal provinces than within the interior provinces. We also showed that the contribution of income sources to inequality in urban China is different between the provinces with different extents of inequality. In general, we found that in the coastal provinces, the contribution of wage income to income inequality is decreased, while the contribution of business and property income is increased and getting more important. In contrast, in the western provinces, the role of wage income is larger than the other provinces, while the role of business and property income is smaller and remains unchanged. Finally, we showed that the provinces with higher share of business and property income have high urban income inequality. Previous studies have extensively tried to investigate issues, such as the relationship between inequality and growth, as well as openness to trade and inequality. However, researchers have faced a limitation to apply these issues to a country like China due to a lack of appropriate income inequality measures at the provincial level. China is a vast country and many of its provinces by themselves are equivalent to a country. Moreover, the extents and causes of income inequality, as well as the level of economic development are different between provinces. The findings of this paper could shed light on the empirical researches over old but still important issues.