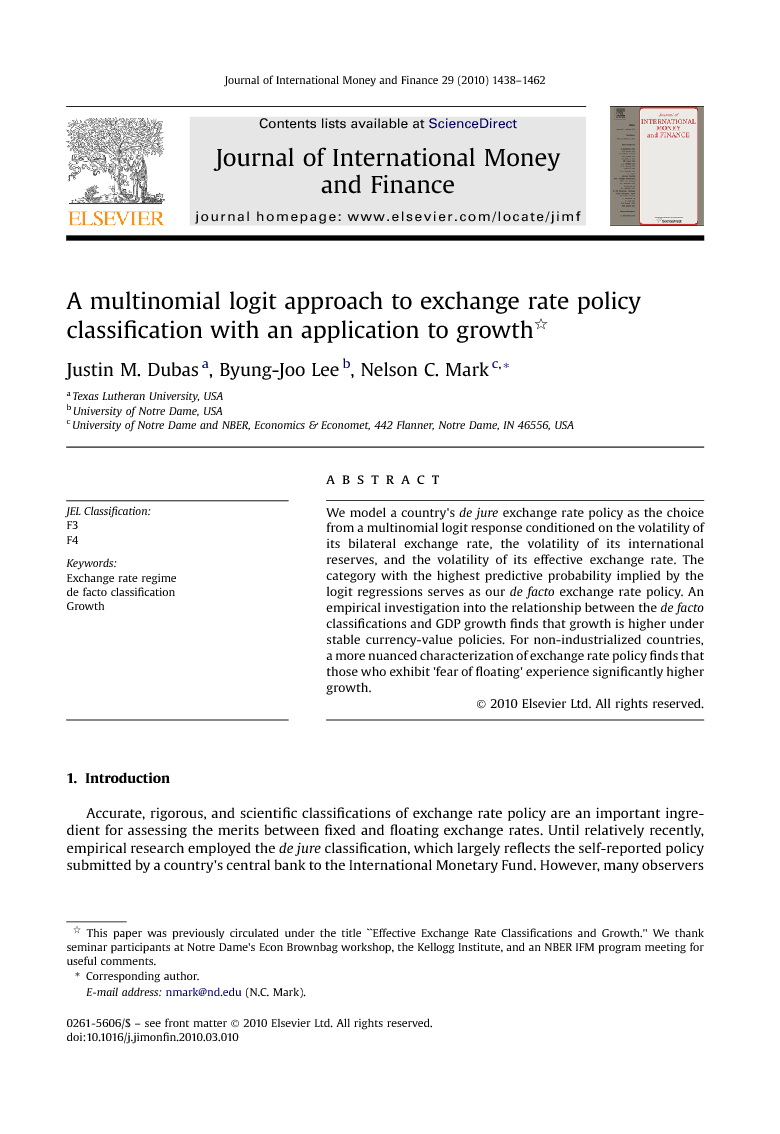 This paper has proposed an econometric approach to classifying exchange rate policy. The procedure has three attractive features: First, it is based on tools that are familiar to economists. Second, it can be replicated, modified, and updated in a straightforward manner. Third, it produces sensible results. In producing the classifications, we employed information contained in the country's effective exchange rate. The use of the effective exchange rate in our analysis leads to an improvement in classifying policies and underscores the value in taking a multilateral approach in forming a generalized assessment of national policy towards exchange rate management. Our investigation of the impact of exchange rate policies and growth found that the highest growth to be associated with de facto fixers. This is in line with much of the extant literature and is consistent with research that has found trade benefits from currency blocs. Whether the growth advantages that we find are the result of maintaining a stable currency per se or from selection of countries that are members of trade and currency blocs is unanswered but is a problem for future research. While the exchange rate regime adopted de facto appears to matter for growth, we also find evidence that a more nuanced representation of policy based on the fear of floating concept matters. Point estimates imply a rank-ordering of GDP growth from highest to lowest for categories: i) de jure floaters–de facto fixers, ii) de jure fixers–de facto fixers, iii) de jure floaters–de facto floaters, and iv) de jure fixers–de facto floaters. Countries may have a good reason to display fear of floating since those that do experience significantly higher per capita growth.