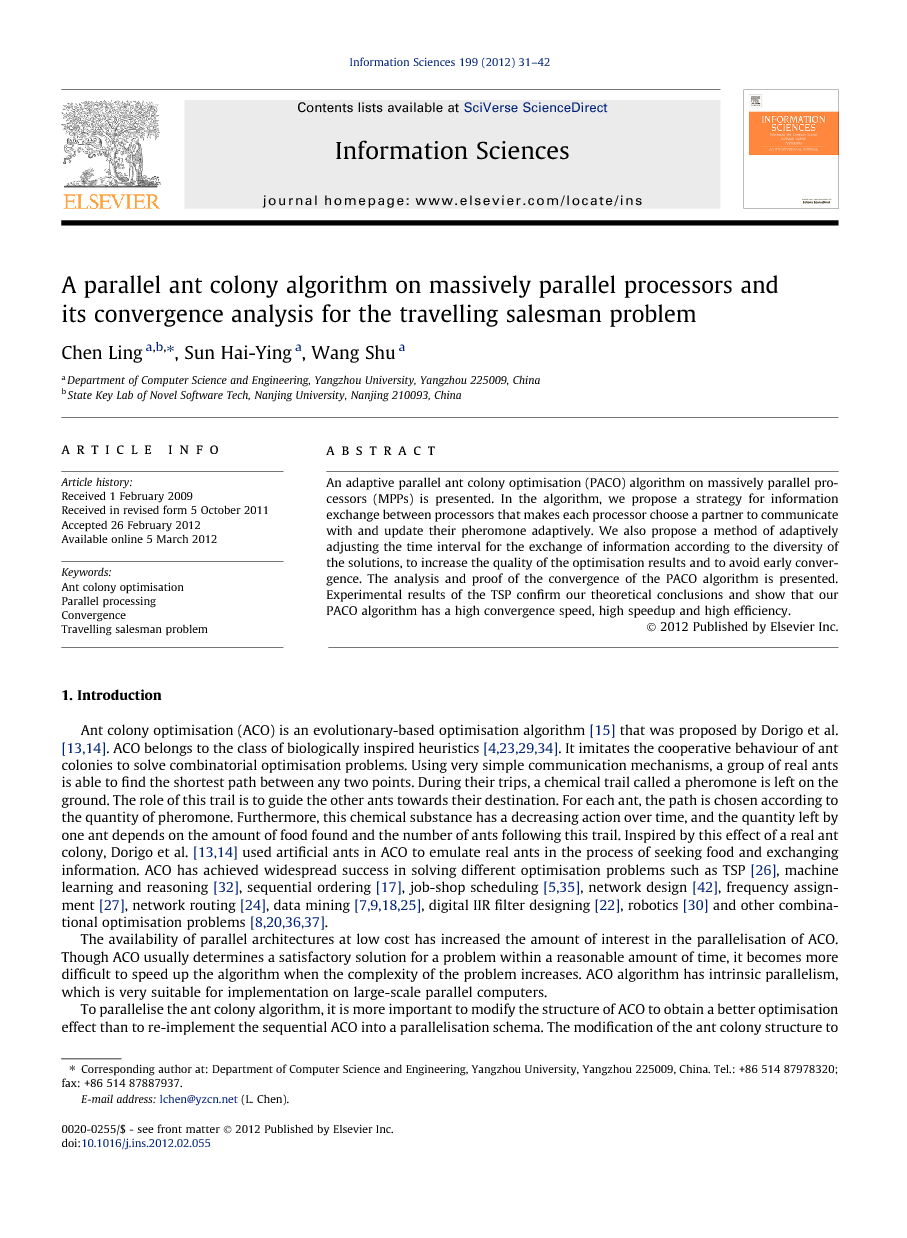 An adaptive parallel ant colony optimisation (PACO) algorithm on massively parallel processors (MPPs) is presented. In the algorithm, we propose a strategy for information exchange between processors that makes each processor choose a partner to communicate with and update their pheromone adaptively. We also propose a method of adaptively adjusting the time interval for the exchange of information according to the diversity of the solutions, to increase the quality of the optimisation results and to avoid early convergence. The analysis and proof of the convergence of the PACO algorithm is presented. Experimental results of the TSP confirm our theoretical conclusions and show that our PACO algorithm has a high convergence speed, high speedup and high efficiency.

The performance of the parallel ant colony algorithm can be affected by the information exchanging strategy and the time interval for the information exchange. An adaptive parallel ant colony optimisation algorithm, PACO, is presented to address these two factors in novel ways. We propose a strategy for information exchange between processors that enables each processor to adaptively choose a partner to communicate with and update the pheromone and offers a direction of search towards the optimal solution for each processor. We also propose a method to adjust the time interval adaptively according to the diversity of the solutions, to increase the ability of the search and to avoid early convergence. Our theoretical analysis proves the achievable convergence of the algorithm. We test PACO using the travelling salesman problem on the MPP machine Shenteng 1800. The experimental results show that our algorithm PACO has a high convergence speed, speedup, stability and efficiency.