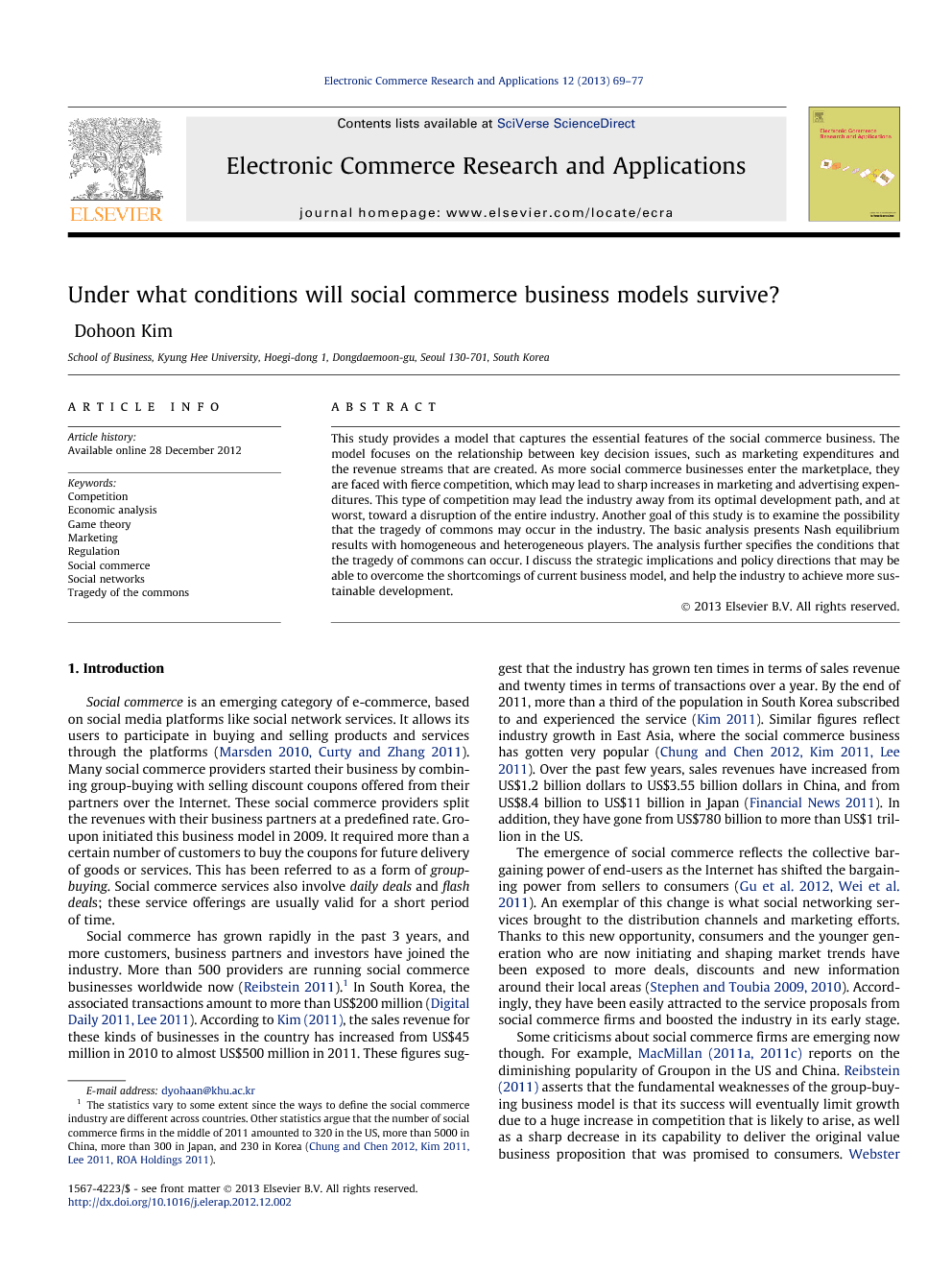 This study provides a model that captures the essential features of the social commerce business. The model focuses on the relationship between key decision issues, such as marketing expenditures and the revenue streams that are created. As more social commerce businesses enter the marketplace, they are faced with fierce competition, which may lead to sharp increases in marketing and advertising expenditures. This type of competition may lead the industry away from its optimal development path, and at worst, toward a disruption of the entire industry. Another goal of this study is to examine the possibility that the tragedy of commons may occur in the industry. The basic analysis presents Nash equilibrium results with homogeneous and heterogeneous players. The analysis further specifies the conditions that the tragedy of commons can occur. I discuss the strategic implications and policy directions that may be able to overcome the shortcomings of current business model, and help the industry to achieve more sustainable development.