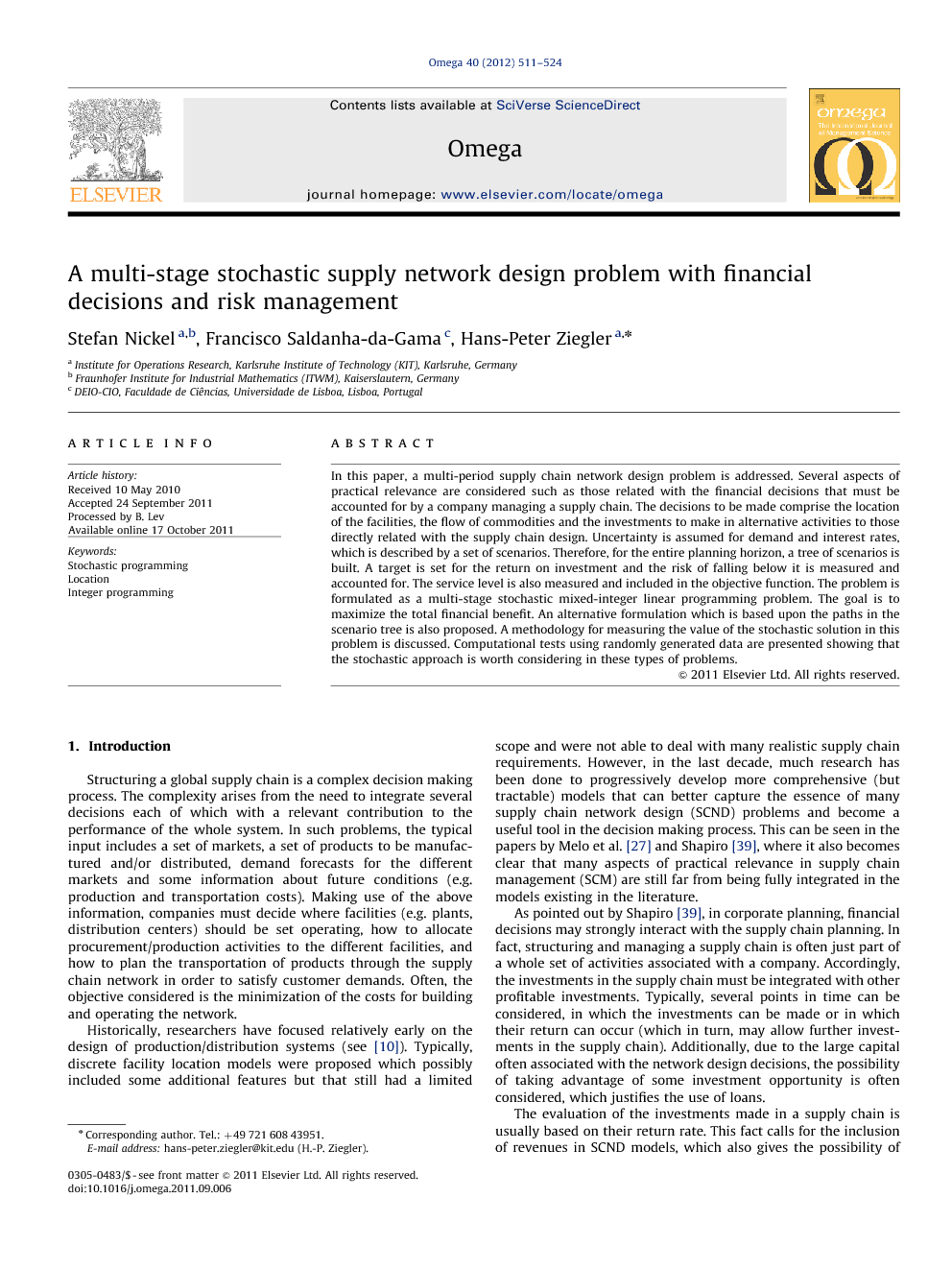 In this paper, a multi-period supply chain network design problem is addressed. Several aspects of practical relevance are considered such as those related with the financial decisions that must be accounted for by a company managing a supply chain. The decisions to be made comprise the location of the facilities, the flow of commodities and the investments to make in alternative activities to those directly related with the supply chain design. Uncertainty is assumed for demand and interest rates, which is described by a set of scenarios. Therefore, for the entire planning horizon, a tree of scenarios is built. A target is set for the return on investment and the risk of falling below it is measured and accounted for. The service level is also measured and included in the objective function. The problem is formulated as a multi-stage stochastic mixed-integer linear programming problem. The goal is to maximize the total financial benefit. An alternative formulation which is based upon the paths in the scenario tree is also proposed. A methodology for measuring the value of the stochastic solution in this problem is discussed. Computational tests using randomly generated data are presented showing that the stochastic approach is worth considering in these types of problems.

In this paper, a supply chain network design problem was studied. In addition to common decisions in these types of problems we included financial decisions with relevance for a company managing a supply chain. The goal is to maximize the net financial benefit. Revenues were taken into account as well as a target for the return on investment and a risk measure associated with the possibility of falling below that target. Due to the uncertainty in the demand the service level is measured and included in the objective function. A mixed-integer multi-stage stochastic programming formulation was proposed. The deterministic equivalent was presented as well as an alternative formulation based upon the paths in the scenario tree. The relevance of considering stochasticity was discussed and illustrated with a small example. The computational results obtained using a set of randomly generated instances show that the modeling framework proposed in this paper is promising for dealing with multi-period supply chain network design problems. Moreover, the computational results also open good perspectives in terms of the development of more comprehensive models. Regarding the methodologies for solving these types of problems new directions are also opened with this work.