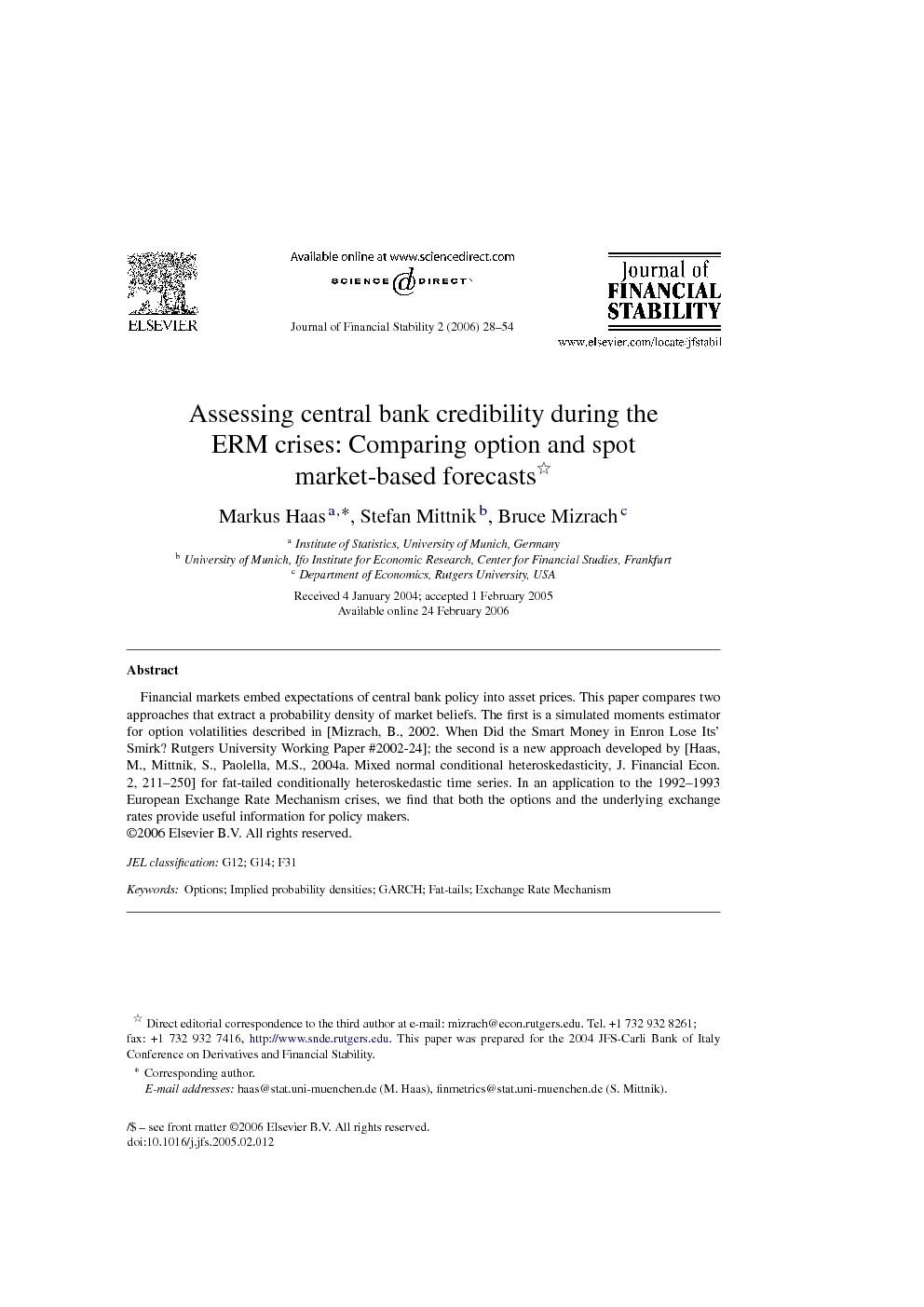 Financial markets embed expectations of central bank policy into asset prices. This paper compares two approaches that extract a probability density of market beliefs. The first is a simulated moments estimator for option volatilities described in [Mizrach, B., 2002. When Did the Smart Money in Enron Lose Its’ Smirk? Rutgers University Working Paper #2002-24]; the second is a new approach developed by [Haas, M., Mittnik, S., Paolella, M.S., 2004a. Mixed normal conditional heteroskedasticity, J. Financial Econ. 2, 211–250] for fat-tailed conditionally heteroskedastic time series. In an application to the 1992–1993 European Exchange Rate Mechanism crises, we find that both the options and the underlying exchange rates provide useful information for policy makers.

Analyzed with some recently developed modeling techniques, asset prices can provide insights into the entire probability distribution of future events. This paper has utilized the mixture of log normals in two separate contexts: with options and with the underlying currencies. The crisis of the European Exchange Rate Mechanism case was certainly an epochal event for the markets, where central bankers became aware – perhaps for the first time – that the markets might be an irresistible force. Policy makers may find these tools and inference worthwhile in a variety of contexts. Their subjective weights between types I and II errors should not only be tested ex-post but incorporated directly in the estimation. Both Skouras (2001) and Christoffersen and Jacobs (2001) have made progress along these lines. Loss aversion on the part of investors and traders may give them similar preferences. Whether or not the accuracy of density predictions can be improved by combining options and spot-market information is the subject of future research. One possible strategy in this direction, employed in Claessen and Mittnik (2002), is to use implied volatility as an explanatory variable in the GARCH equation. Alternatively, the predicted density could be formed by a mixture of options- and the spot market-based density predictions.