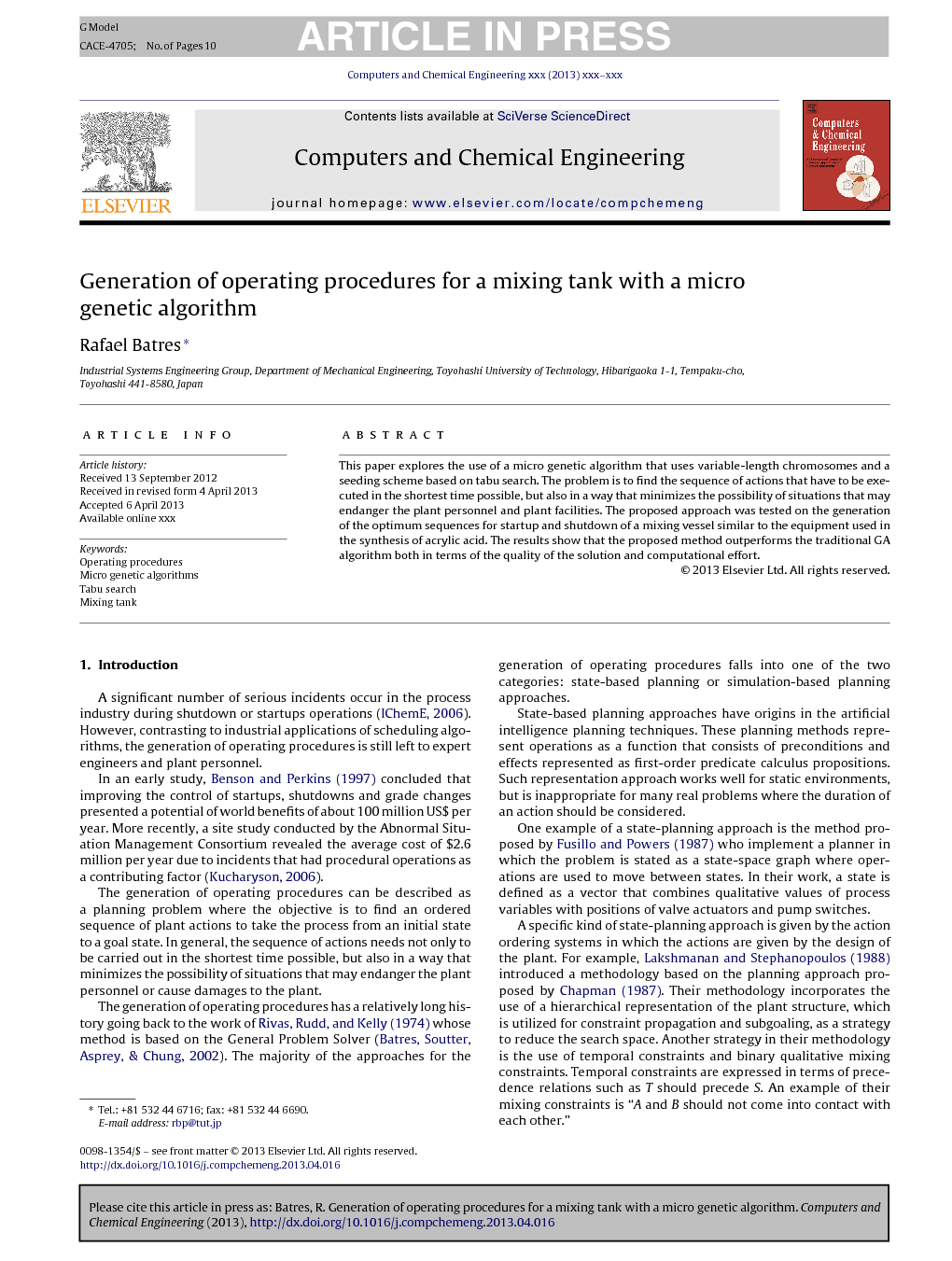 This paper explores the use of a micro genetic algorithm that uses variable-length chromosomes and a seeding scheme based on tabu search. The problem is to find the sequence of actions that have to be executed in the shortest time possible, but also in a way that minimizes the possibility of situations that may endanger the plant personnel and plant facilities. The proposed approach was tested on the generation of the optimum sequences for startup and shutdown of a mixing vessel similar to the equipment used in the synthesis of acrylic acid. The results show that the proposed method outperforms the traditional GA algorithm both in terms of the quality of the solution and computational effort.

A method has been presented that uses a μGA algorithm to generate operating procedures for a mixing tank. The method is characterized by (1) the use of a good solution that is seeded into the initial population; (2) the use of chromosomes of variable length; and (3) the use of small population sizes. Numeric results show that the proposed method surpasses traditional genetic algorithms both in terms of quality of the solution and computational effort. In addition to the advantage in convergence speed, less memory is required to store the population. One of the drawbacks of variable-length chromosomes is the possibility of bloat, that is the massive growth in the length of candidate solutions (Westerberg, 2006). However, bloat does not occur in our case because the time-related term in the fitness function limits the chromosome's ability to grow. As a note of caution, it is fair to mention that the proposed approach does not account for uncertainties associated with model parameters and constraints. There are uncertainties regarding the accuracy of the assumptions made about the flow rates, flammability constraints, and the valve operations. Considering future research, one direction is the investigation of the parallelization of the inner loop of the μGA by considering the distribution of the elite solutions. It could also be useful to look at new algorithms with less parameters to be specified.