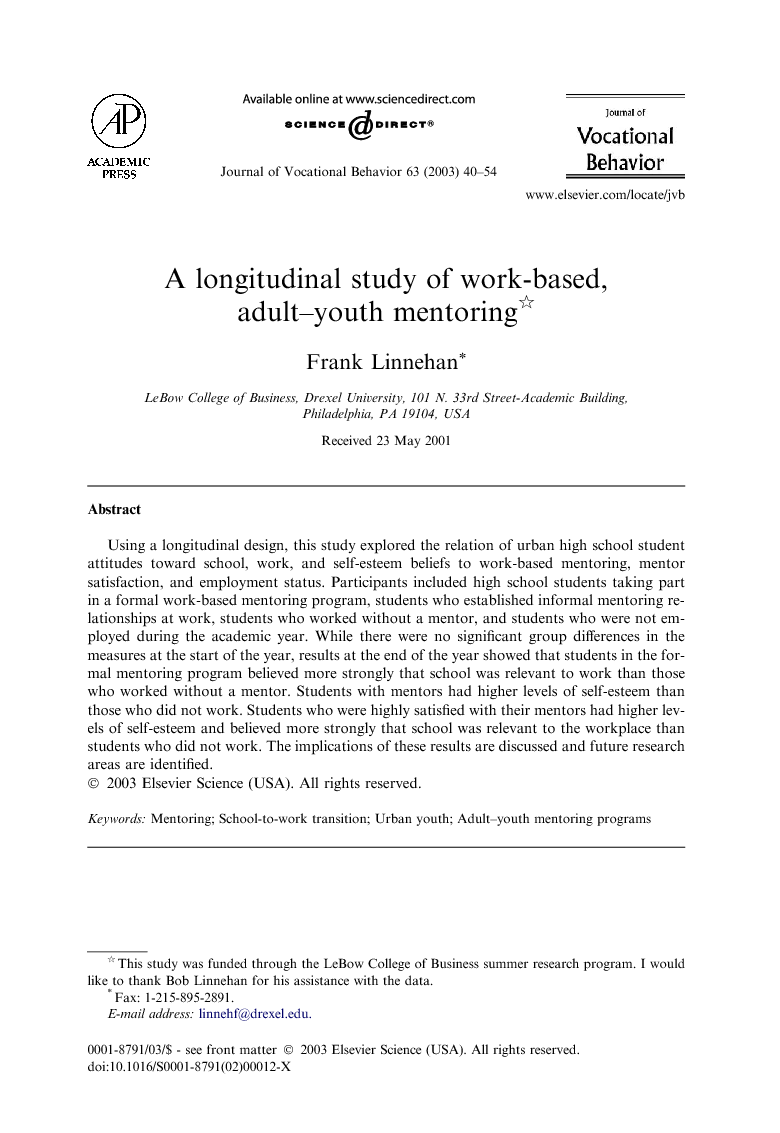 Using a longitudinal design, this study explored the relation of urban high school student attitudes toward school, work, and self-esteem beliefs to work-based mentoring, mentor satisfaction, and employment status. Participants included high school students taking part in a formal work-based mentoring program, students who established informal mentoring relationships at work, students who worked without a mentor, and students who were not employed during the academic year. While there were no significant group differences in the measures at the start of the year, results at the end of the year showed that students in the formal mentoring program believed more strongly that school was relevant to work than those who worked without a mentor. Students with mentors had higher levels of self-esteem than those who did not work. Students who were highly satisfied with their mentors had higher levels of self-esteem and believed more strongly that school was relevant to the workplace than students who did not work. The implications of these results are discussed and future research areas are identified.