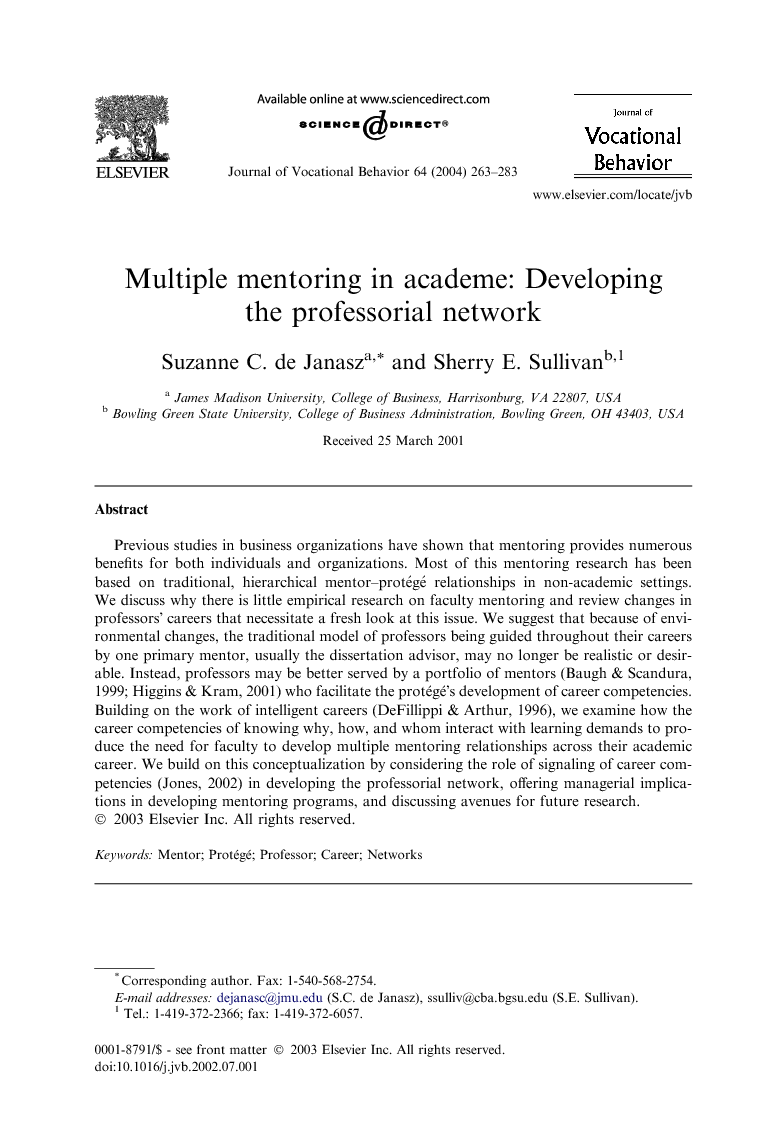 Previous studies in business organizations have shown that mentoring provides numerous benefits for both individuals and organizations. Most of this mentoring research has been based on traditional, hierarchical mentor–protégé relationships in non-academic settings. We discuss why there is little empirical research on faculty mentoring and review changes in professors’ careers that necessitate a fresh look at this issue. We suggest that because of environmental changes, the traditional model of professors being guided throughout their careers by one primary mentor, usually the dissertation advisor, may no longer be realistic or desirable. Instead, professors may be better served by a portfolio of mentors (Baugh & Scandura, 1999; Higgins & Kram, 2001) who facilitate the protégé’s development of career competencies. Building on the work of intelligent careers (DeFillippi & Arthur, 1996), we examine how the career competencies of knowing why, how, and whom interact with learning demands to produce the need for faculty to develop multiple mentoring relationships across their academic career. We build on this conceptualization by considering the role of signaling of career competencies (Jones, 2002) in developing the professorial network, offering managerial implications in developing mentoring programs, and discussing avenues for future research.