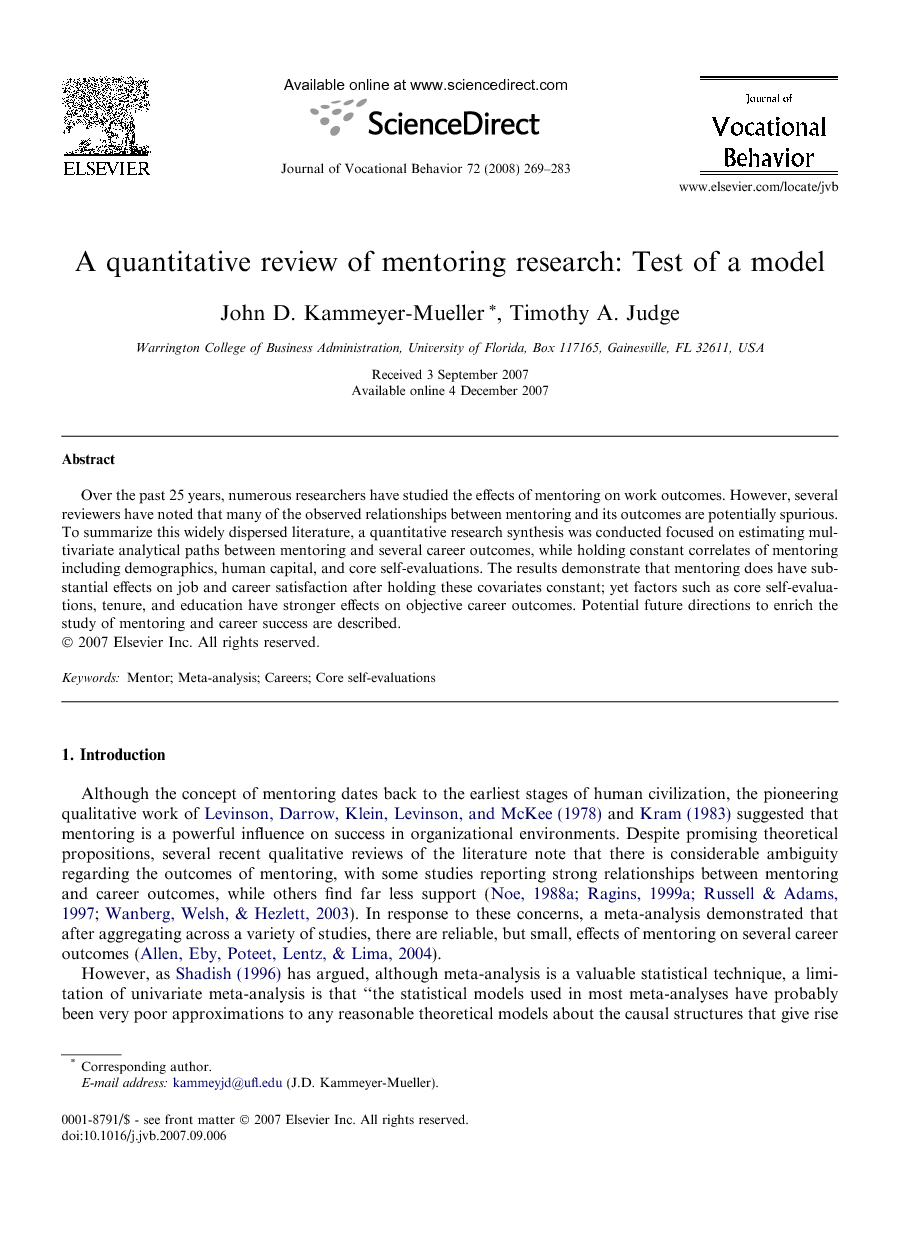 Over the past 25 years, numerous researchers have studied the effects of mentoring on work outcomes. However, several reviewers have noted that many of the observed relationships between mentoring and its outcomes are potentially spurious. To summarize this widely dispersed literature, a quantitative research synthesis was conducted focused on estimating multivariate analytical paths between mentoring and several career outcomes, while holding constant correlates of mentoring including demographics, human capital, and core self-evaluations. The results demonstrate that mentoring does have substantial effects on job and career satisfaction after holding these covariates constant; yet factors such as core self-evaluations, tenure, and education have stronger effects on objective career outcomes. Potential future directions to enrich the study of mentoring and career success are described.