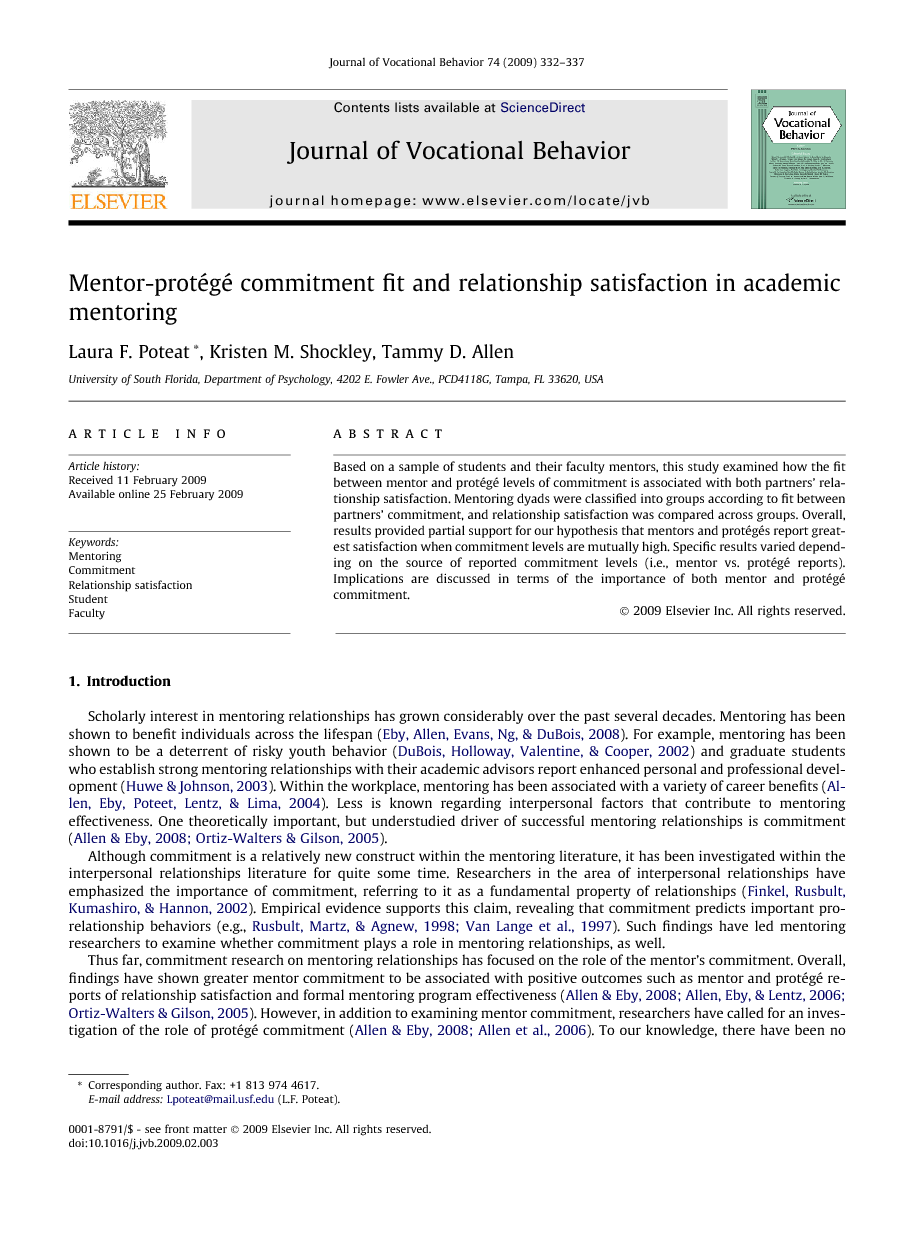 Based on a sample of students and their faculty mentors, this study examined how the fit between mentor and protégé levels of commitment is associated with both partners’ relationship satisfaction. Mentoring dyads were classified into groups according to fit between partners’ commitment, and relationship satisfaction was compared across groups. Overall, results provided partial support for our hypothesis that mentors and protégés report greatest satisfaction when commitment levels are mutually high. Specific results varied depending on the source of reported commitment levels (i.e., mentor vs. protégé reports). Implications are discussed in terms of the importance of both mentor and protégé commitment