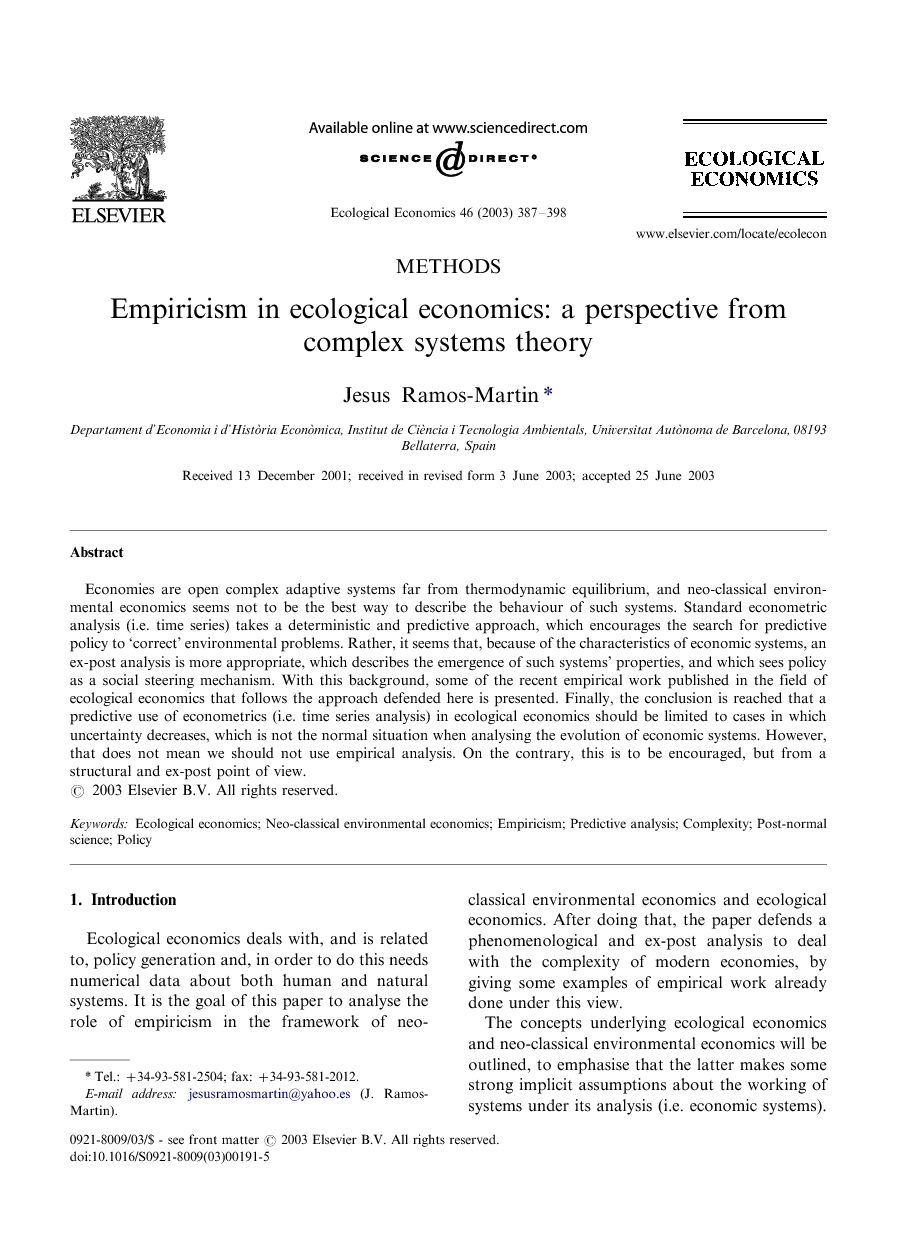 Economies are open complex adaptive systems far from thermodynamic equilibrium, and neo-classical environmental economics seems not to be the best way to describe the behaviour of such systems. Standard econometric analysis (i.e. time series) takes a deterministic and predictive approach, which encourages the search for predictive policy to ‘correct’ environmental problems. Rather, it seems that, because of the characteristics of economic systems, an ex-post analysis is more appropriate, which describes the emergence of such systems’ properties, and which sees policy as a social steering mechanism. With this background, some of the recent empirical work published in the field of ecological economics that follows the approach defended here is presented. Finally, the conclusion is reached that a predictive use of econometrics (i.e. time series analysis) in ecological economics should be limited to cases in which uncertainty decreases, which is not the normal situation when analysing the evolution of economic systems. However, that does not mean we should not use empirical analysis. On the contrary, this is to be encouraged, but from a structural and ex-post point of view.