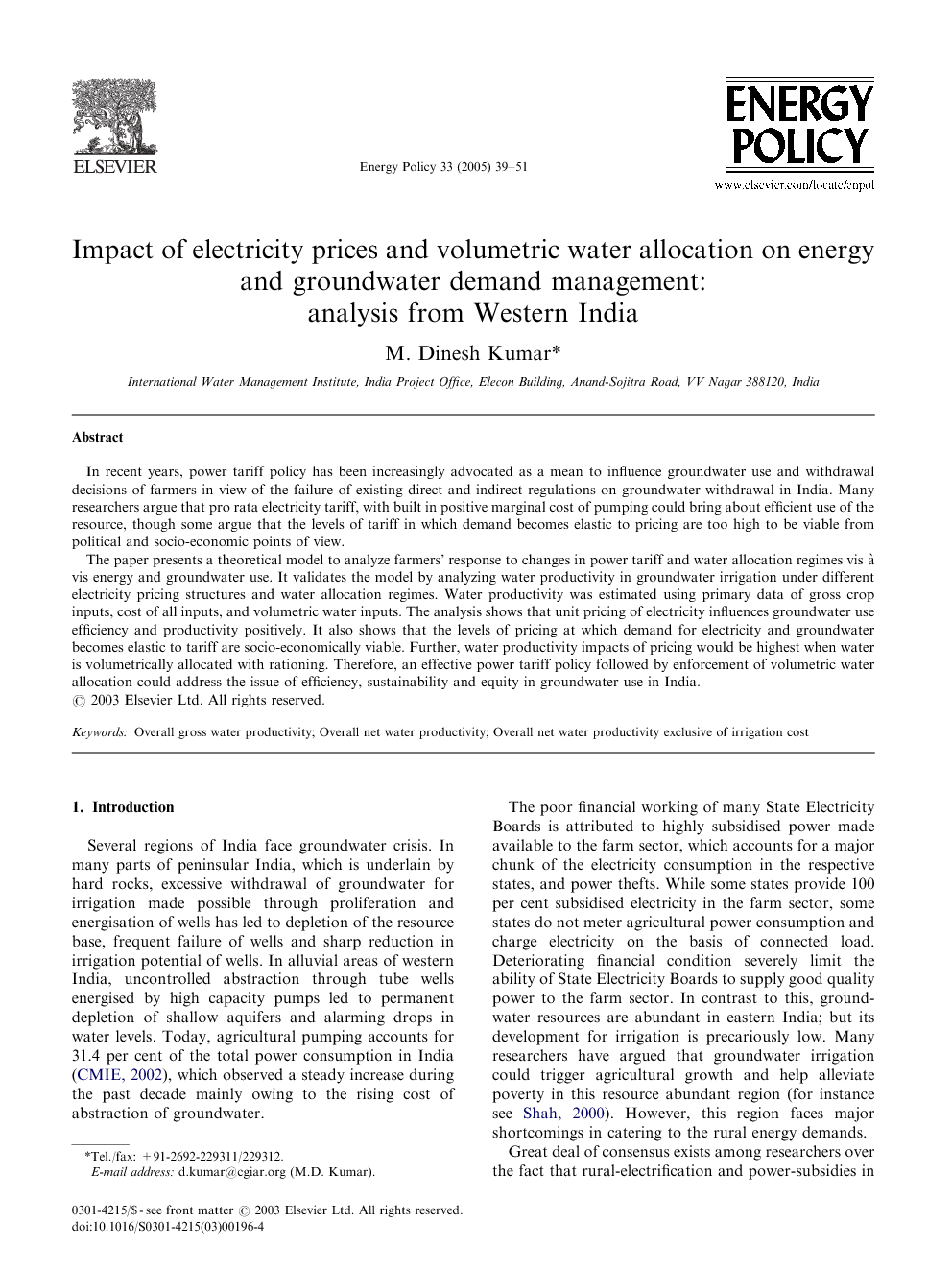 In recent years, power tariff policy has been increasingly advocated as a mean to influence groundwater use and withdrawal decisions of farmers in view of the failure of existing direct and indirect regulations on groundwater withdrawal in India. Many researchers argue that pro rata electricity tariff, with built in positive marginal cost of pumping could bring about efficient use of the resource, though some argue that the levels of tariff in which demand becomes elastic to pricing are too high to be viable from political and socio-economic points of view. The paper presents a theoretical model to analyze farmers’ response to changes in power tariff and water allocation regimes vis à vis energy and groundwater use. It validates the model by analyzing water productivity in groundwater irrigation under different electricity pricing structures and water allocation regimes. Water productivity was estimated using primary data of gross crop inputs, cost of all inputs, and volumetric water inputs. The analysis shows that unit pricing of electricity influences groundwater use efficiency and productivity positively. It also shows that the levels of pricing at which demand for electricity and groundwater becomes elastic to tariff are socio-economically viable. Further, water productivity impacts of pricing would be highest when water is volumetrically allocated with rationing. Therefore, an effective power tariff policy followed by enforcement of volumetric water allocation could address the issue of efficiency, sustainability and equity in groundwater use in India.