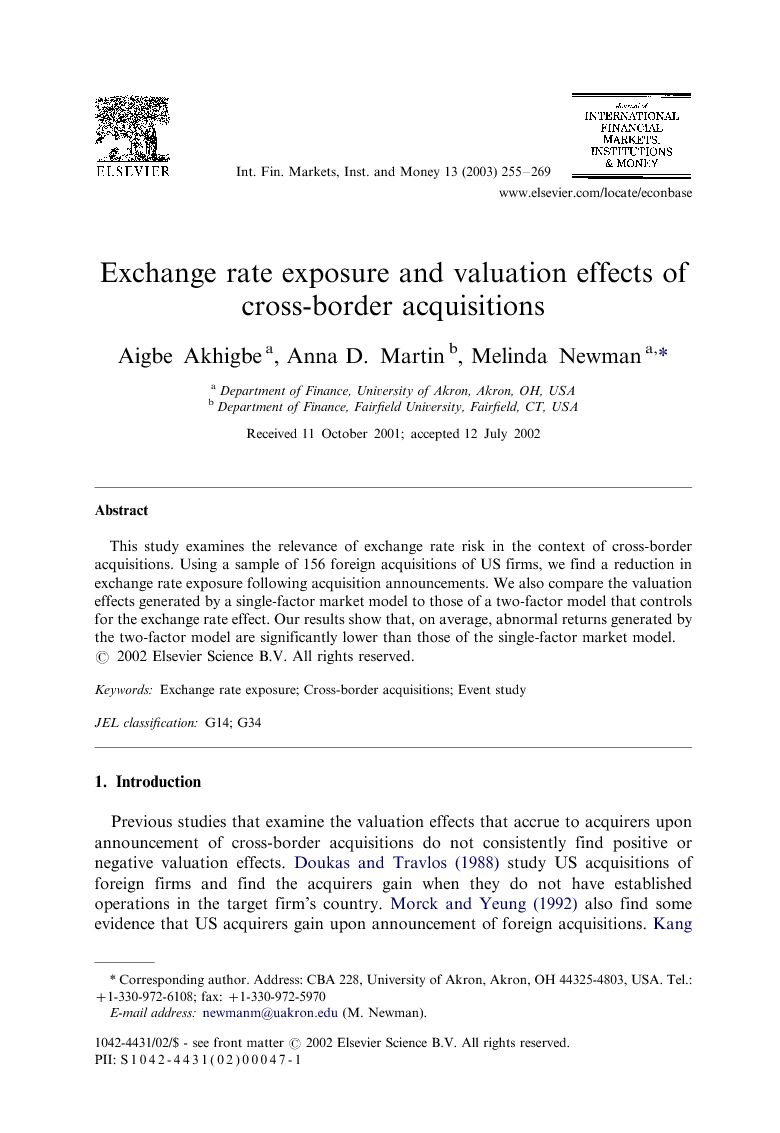 This study examines the relevance of exchange rate risk in the context of cross-border acquisitions. Using a sample of 156 foreign acquisitions of US firms, we find a reduction in exchange rate exposure following acquisition announcements. We also compare the valuation effects generated by a single-factor market model to those of a two-factor model that controls for the exchange rate effect. Our results show that, on average, abnormal returns generated by the two-factor model are significantly lower than those of the single-factor market model.