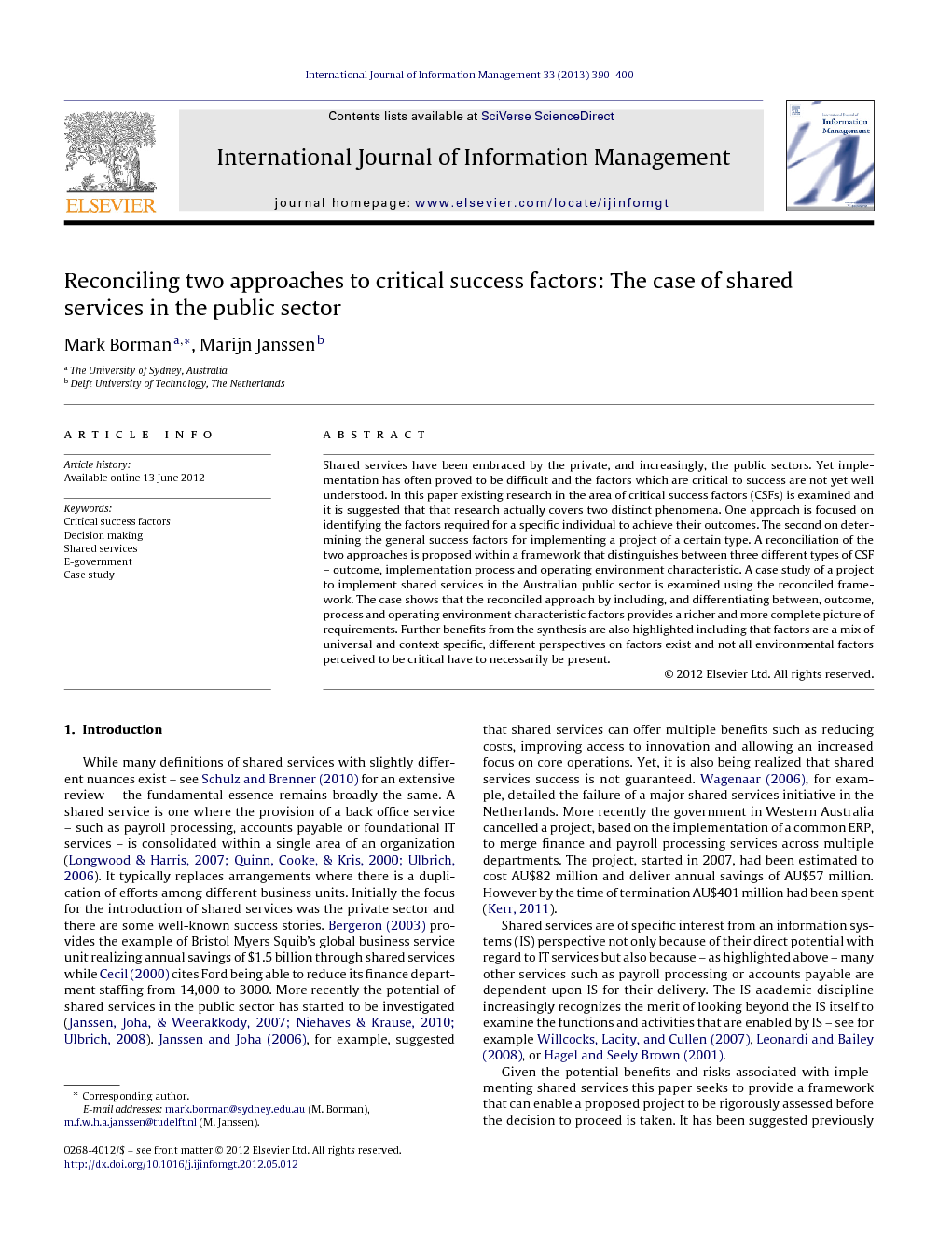 Shared services have been embraced by the private, and increasingly, the public sectors. Yet implementation has often proved to be difficult and the factors which are critical to success are not yet well understood. In this paper existing research in the area of critical success factors (CSFs) is examined and it is suggested that that research actually covers two distinct phenomena. One approach is focused on identifying the factors required for a specific individual to achieve their outcomes. The second on determining the general success factors for implementing a project of a certain type. A reconciliation of the two approaches is proposed within a framework that distinguishes between three different types of CSF – outcome, implementation process and operating environment characteristic. A case study of a project to implement shared services in the Australian public sector is examined using the reconciled framework. The case shows that the reconciled approach by including, and differentiating between, outcome, process and operating environment characteristic factors provides a richer and more complete picture of requirements. Further benefits from the synthesis are also highlighted including that factors are a mix of universal and context specific, different perspectives on factors exist and not all environmental factors perceived to be critical have to necessarily be present.