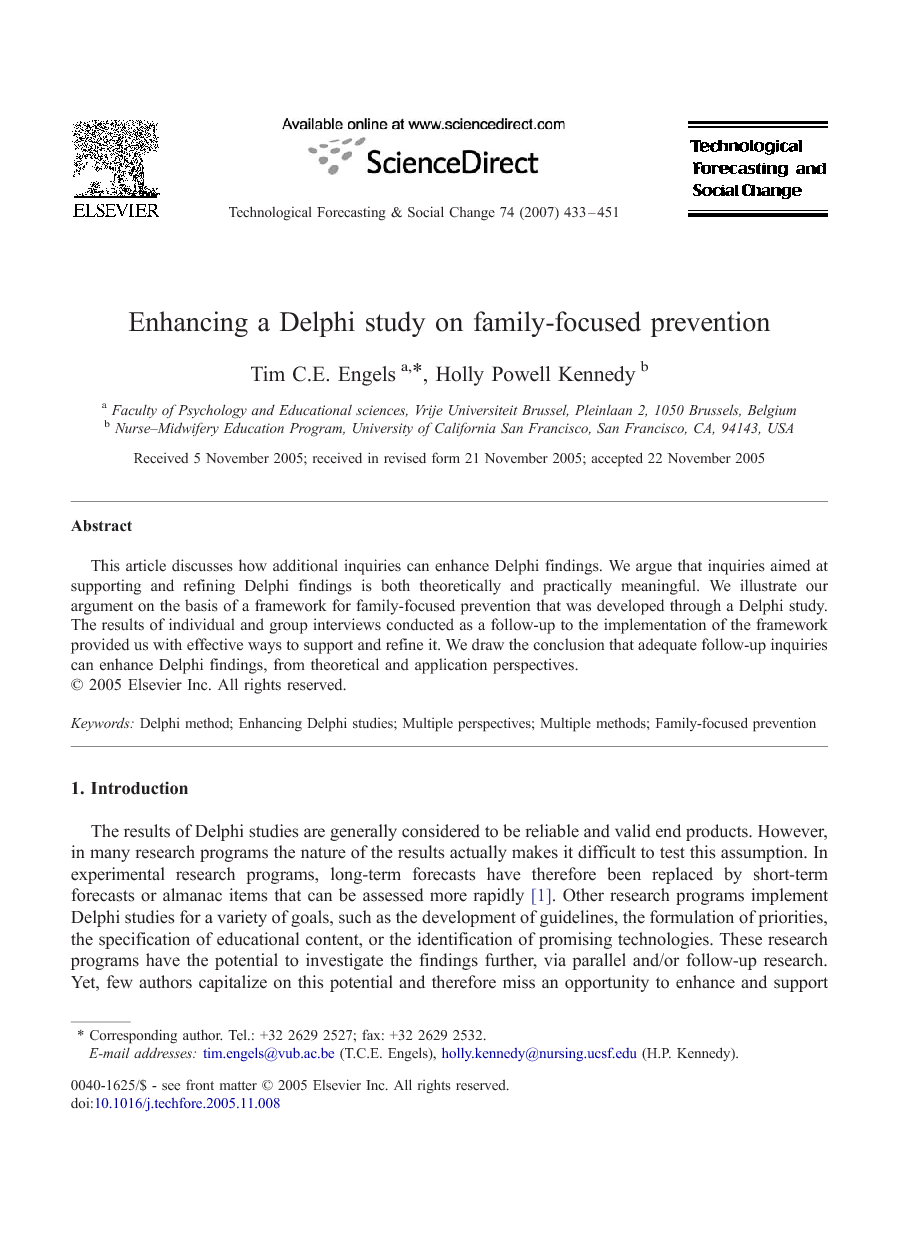 This article discusses how additional inquiries can enhance Delphi findings. We argue that inquiries aimed at supporting and refining Delphi findings is both theoretically and practically meaningful. We illustrate our argument on the basis of a framework for family-focused prevention that was developed through a Delphi study. The results of individual and group interviews conducted as a follow-up to the implementation of the framework provided us with effective ways to support and refine it. We draw the conclusion that adequate follow-up inquiries can enhance Delphi findings, from theoretical and application perspectives.

The results of Delphi studies are generally considered to be reliable and valid end products. However, in many research programs the nature of the results actually makes it difficult to test this assumption. In experimental research programs, long-term forecasts have therefore been replaced by short-term forecasts or almanac items that can be assessed more rapidly [1]. Other research programs implement Delphi studies for a variety of goals, such as the development of guidelines, the formulation of priorities, the specification of educational content, or the identification of promising technologies. These research programs have the potential to investigate the findings further, via parallel and/or follow-up research. Yet, few authors capitalize on this potential and therefore miss an opportunity to enhance and support their Delphi findings [2] and [3]. Based on our own use of Delphi in applied research programs [3] and [4], we will argue that further inquiry of Delphi findings is both theoretically and practically meaningful and can substantially improve the quality of the end product. We shall first present a conceptual and theoretical rationale for the refinement of Delphi findings via a multiple-method, multiple-informant approach. We shall then discuss some published examples of Delphi studies that involved additional inquiry. Next, we shall detail our program of research in family-focused prevention and present a comparison of the findings of the initial Delphi study with follow-up research findings. Finally, we shall draw some conclusions regarding the benefits of further research focusing on enhancing the credibility of Delphi results.