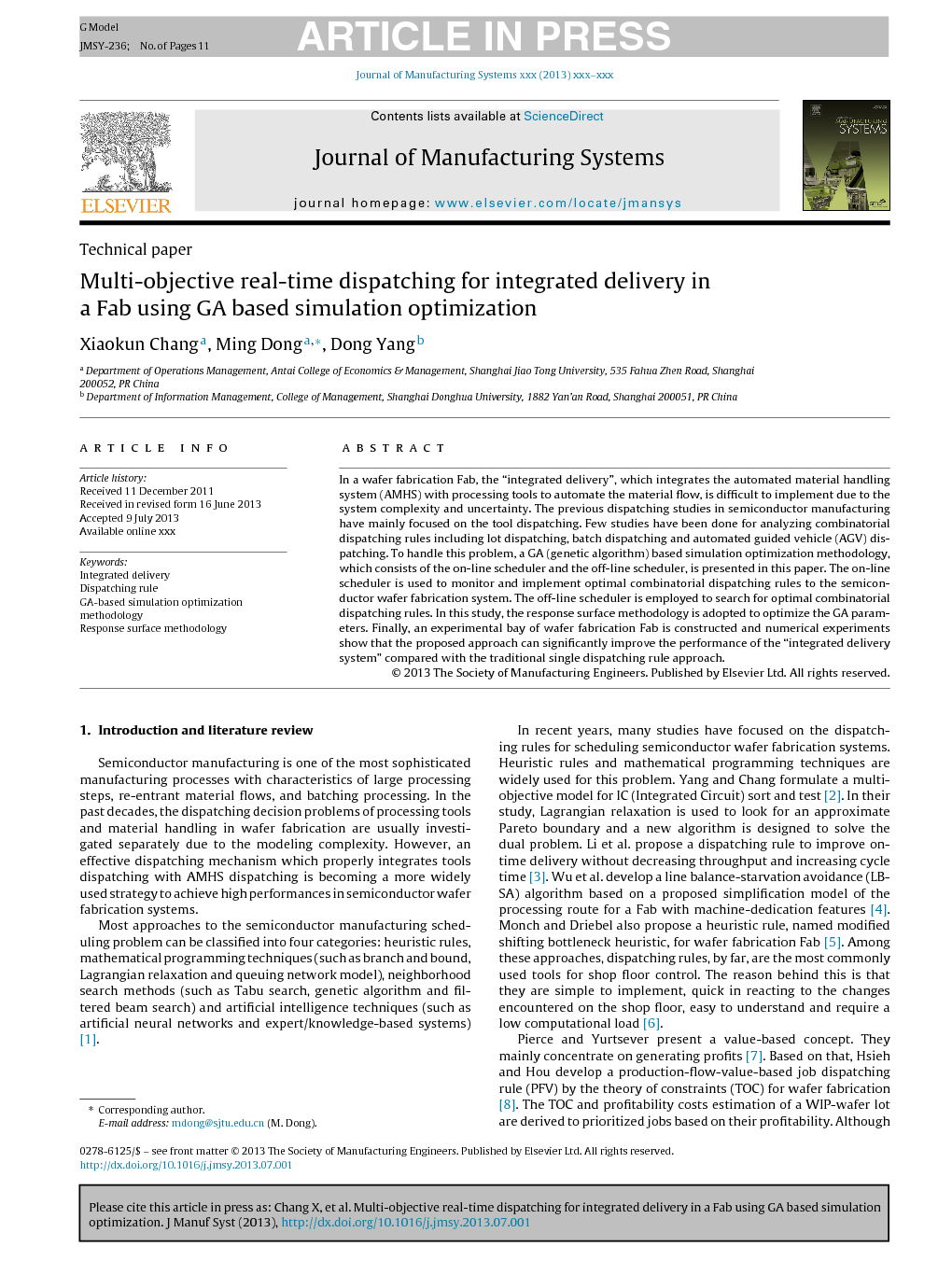 This paper proposes a GA based simulation optimization methodology to solve a real-time multi-objective dispatching decision problem for the “integrated delivery” in a 300-mm semiconductor wafer fabrication Fab. The methodology, consisting of the on-line scheduler and the off-line scheduler, can optimize the combinatorial dispatching rules including lot dispatching, batch dispatching and AGV dispatching. Four modules (GA parameters optimization module, simulation parameters optimization module, GA controller and simulation model) compose of the off-line scheduler. They are used to optimize the parameters for searching better combinatorial dispatching rules. A numerical experiment is designed to verify if the GA parameters optimization module is able to improve the performances and another experiment is designed to compare the proposed methodology with the widely used single dispatching rule and weighted sum method. It has been seen that the proposed methodology outperforms single dispatching rule in overall performance indicators and can save much more time compared with weighted sum method. In order to deal with the multi-objective problems, a representative Pareto optimal solution subset is required. Since it may be hard for users to determine a solution from the subset, a good mechanism for finding a satisfied subset or selecting appropriate solutions for users will be the future research direction.