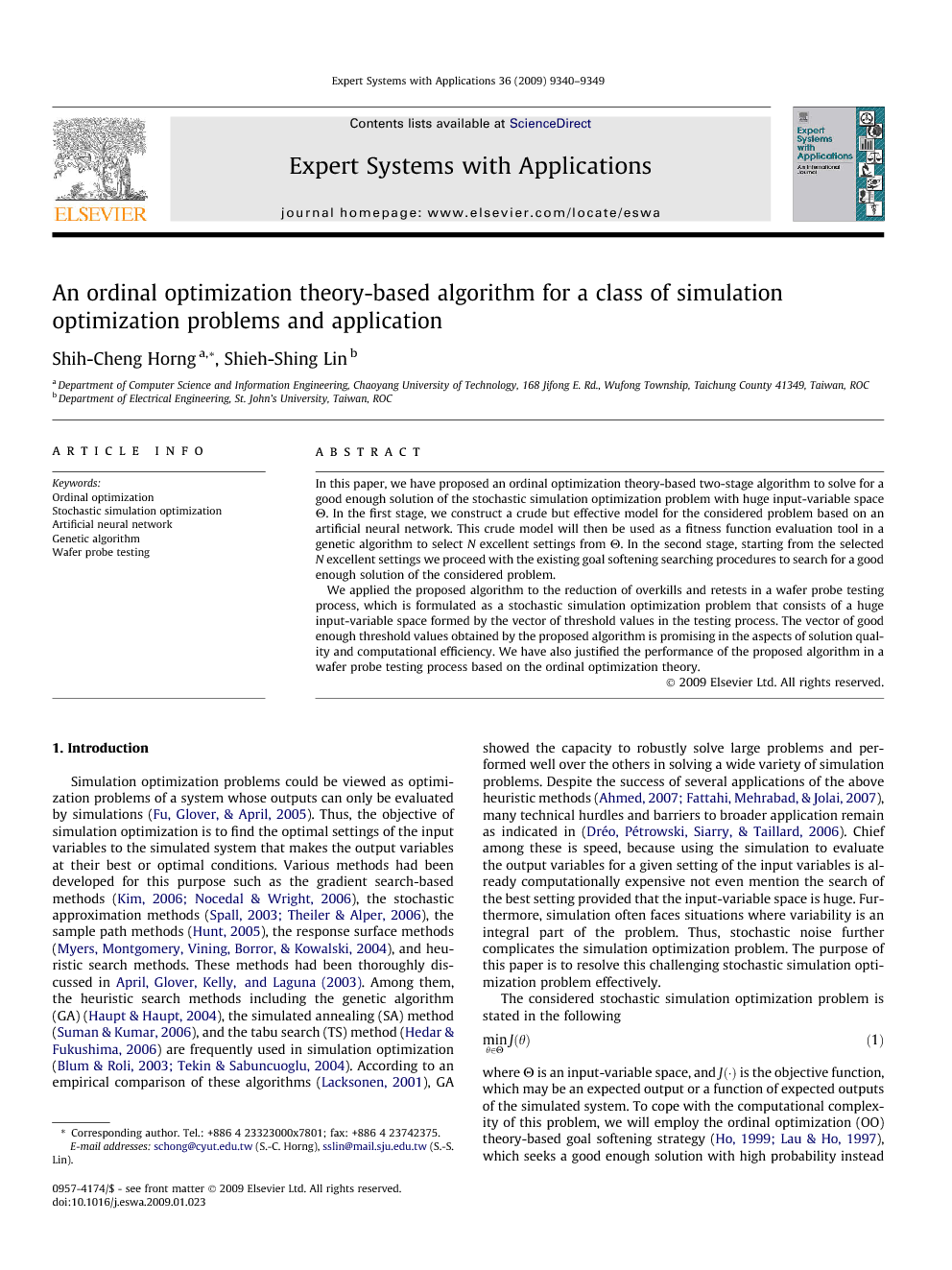 In this paper, we have proposed an ordinal optimization theory-based two-stage algorithm to solve for a good enough solution of the stochastic simulation optimization problem with huge input-variable space Θ. In the first stage, we construct a crude but effective model for the considered problem based on an artificial neural network. This crude model will then be used as a fitness function evaluation tool in a genetic algorithm to select N excellent settings from Θ. In the second stage, starting from the selected N excellent settings we proceed with the existing goal softening searching procedures to search for a good enough solution of the considered problem. We applied the proposed algorithm to the reduction of overkills and retests in a wafer probe testing process, which is formulated as a stochastic simulation optimization problem that consists of a huge input-variable space formed by the vector of threshold values in the testing process. The vector of good enough threshold values obtained by the proposed algorithm is promising in the aspects of solution quality and computational efficiency. We have also justified the performance of the proposed algorithm in a wafer probe testing process based on the ordinal optimization theory.