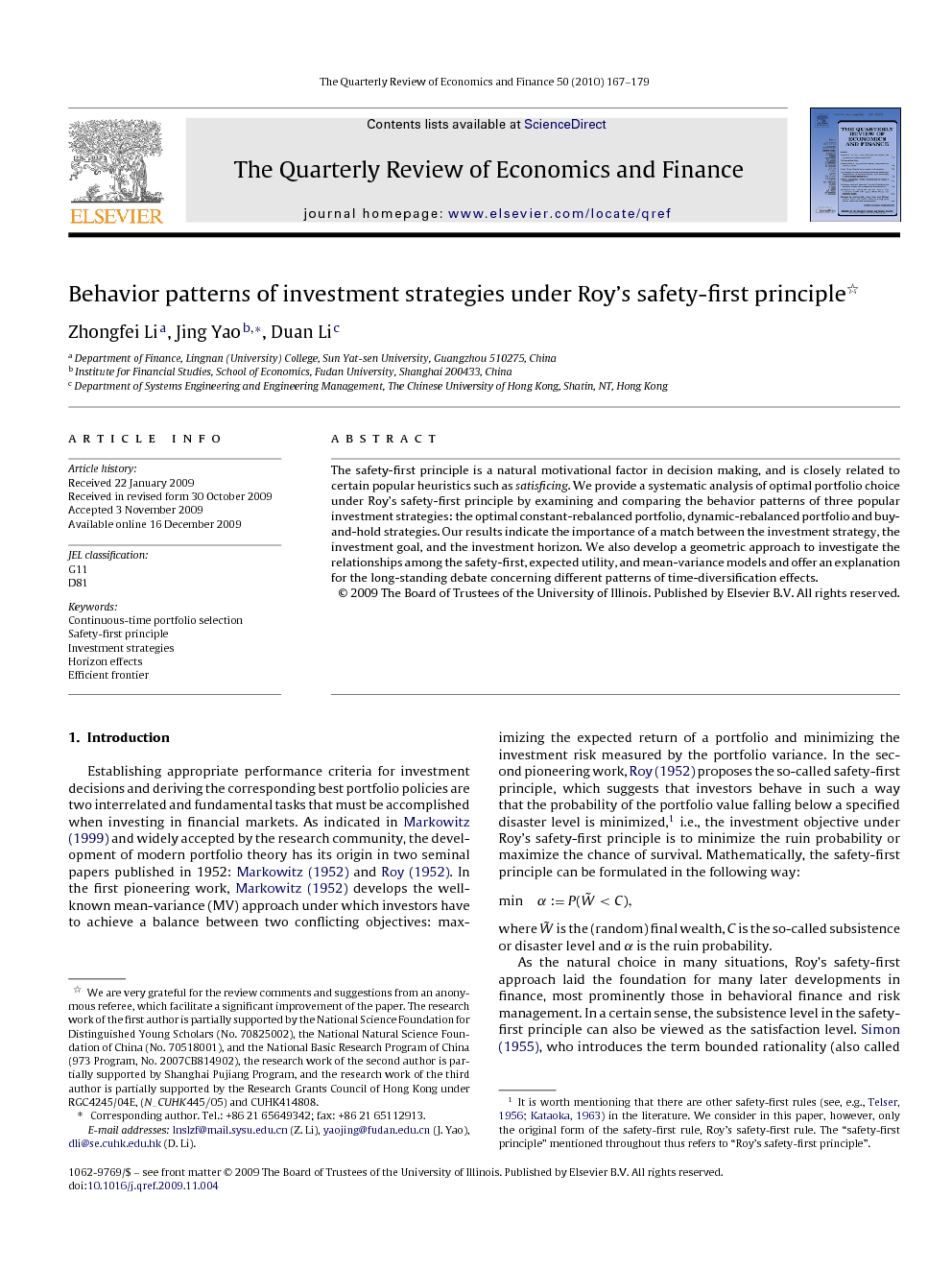 The safety-first principle is a natural motivational factor in decision making, and is closely related to certain popular heuristics such as satisficing. We provide a systematic analysis of optimal portfolio choice under Roy’s safety-first principle by examining and comparing the behavior patterns of three popular investment strategies: the optimal constant-rebalanced portfolio, dynamic-rebalanced portfolio and buy-and-hold strategies. Our results indicate the importance of a match between the investment strategy, the investment goal, and the investment horizon. We also develop a geometric approach to investigate the relationships among the safety-first, expected utility, and mean-variance models and offer an explanation for the long-standing debate concerning different patterns of time-diversification effects.