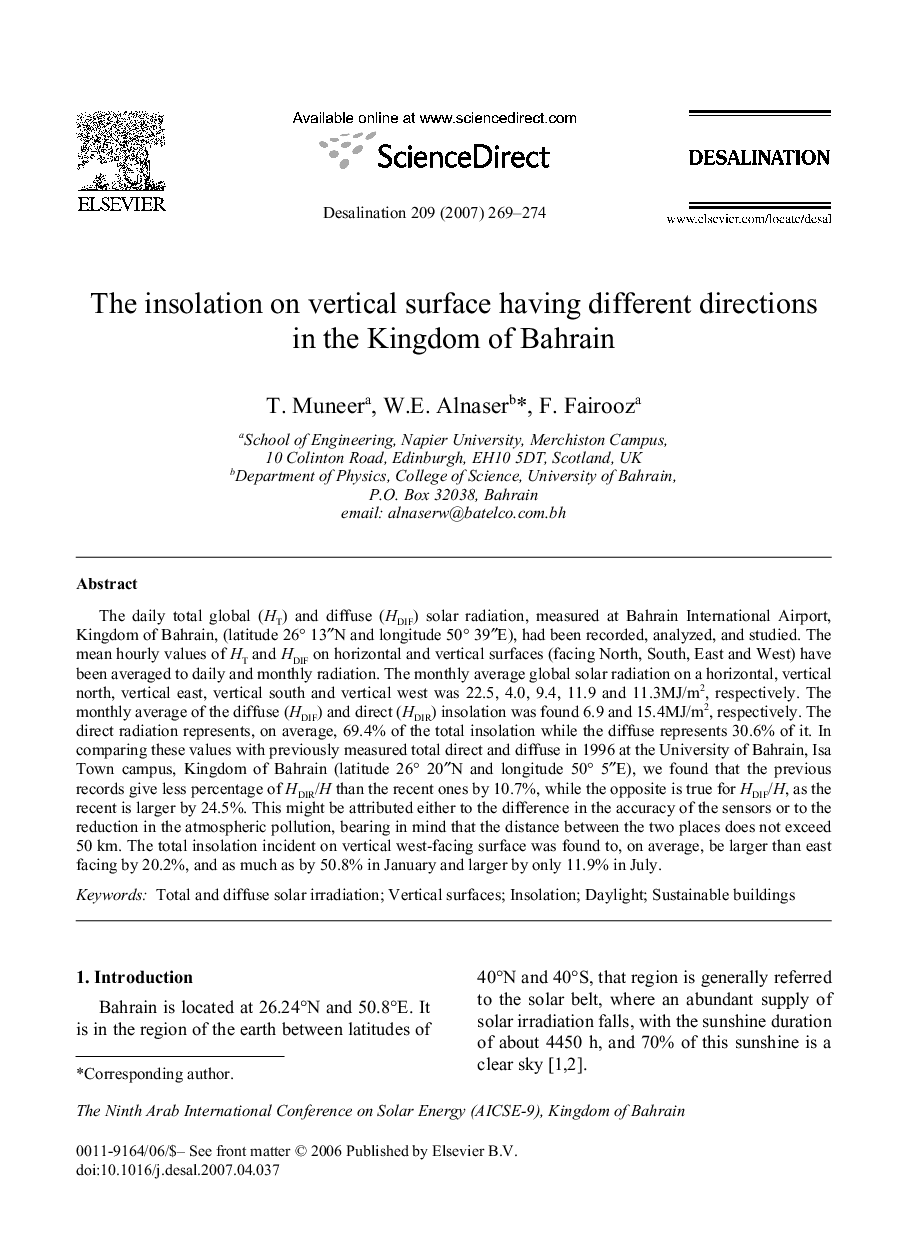 The daily total global (HT) and diffuse (HDIF) solar radiation, measured at Bahrain International Airport, Kingdom of Bahrain, (latitude 26° 13″N and longitude 50° 39″E), had been recorded, analyzed, and studied. The mean hourly values of HT and HDIF on horizontal and vertical surfaces (facing North, South, East and West) have been averaged to daily and monthly radiation. The monthly average global solar radiation on a horizontal, vertical north, vertical east, vertical south and vertical west was 22.5, 4.0, 9.4, 11.9 and 11.3MJ/m2, respectively. The monthly average of the diffuse (HDIF) and direct (HDIR) insolation was found 6.9 and 15.4MJ/m2, respectively. The direct radiation represents, on average, 69.4% of the total insolation while the diffuse represents 30.6% of it. In comparing these values with previously measured total direct and diffuse in 1996 at the University of Bahrain, Isa Town campus, Kingdom of Bahrain (latitude 26° 20″N and longitude 50° 5″E), we found that the previous records give less percentage of HDIR/H than the recent ones by 10.7%, while the opposite is true for HDIF/H, as the recent is larger by 24.5%. This might be attributed either to the difference in the accuracy of the sensors or to the reduction in the atmospheric pollution, bearing in mind that the distance between the two places does not exceed 50 km. The total insolation incident on vertical west-facing surface was found to, on average, be larger than east facing by 20.2%, and as much as by 50.8% in January and larger by only 11.9% in July.