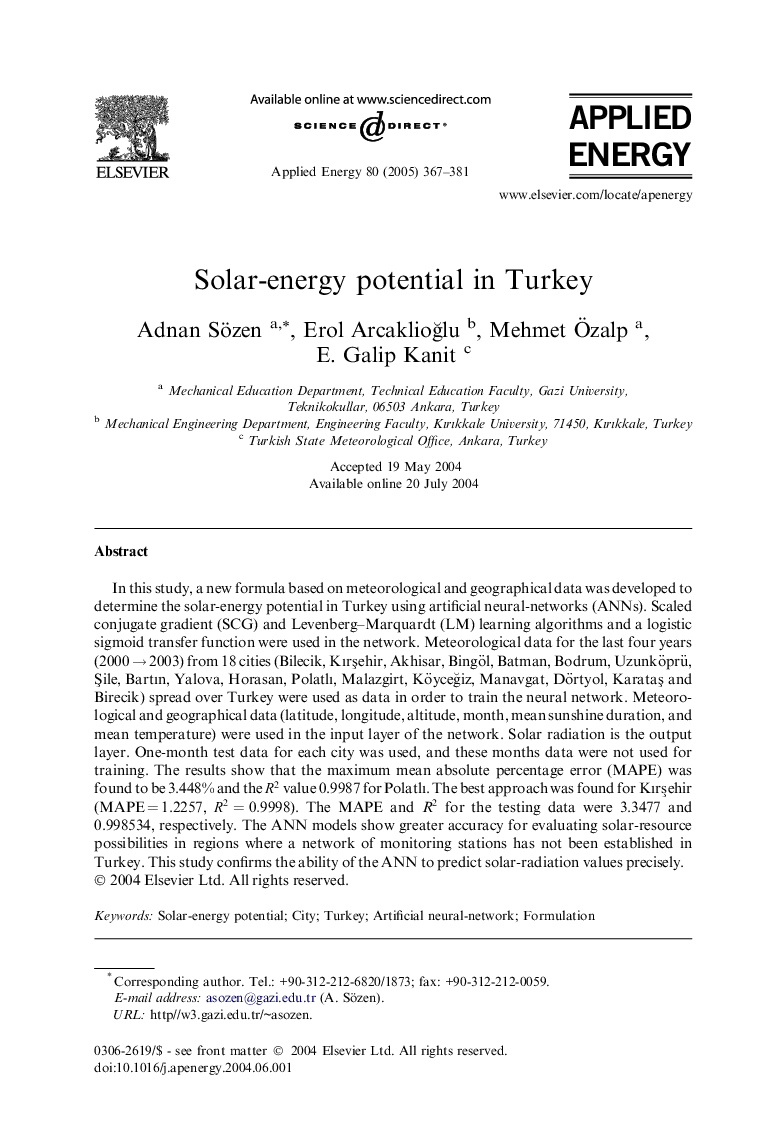 In this study, a new formula based on meteorological and geographical data was developed to determine the solar-energy potential in Turkey using artificial neural-networks (ANNs). Scaled conjugate gradient (SCG) and Levenberg–Marquardt (LM) learning algorithms and a logistic sigmoid transfer function were used in the network. Meteorological data for the last four years (2000 → 2003) from 18 cities (Bilecik, Kırşehir, Akhisar, Bingöl, Batman, Bodrum, Uzunköprü, Şile, Bartın, Yalova, Horasan, Polatlı, Malazgirt, Köyceğiz, Manavgat, Dörtyol, Karataş and Birecik) spread over Turkey were used as data in order to train the neural network. Meteorological and geographical data (latitude, longitude, altitude, month, mean sunshine duration, and mean temperature) were used in the input layer of the network. Solar radiation is the output layer. One-month test data for each city was used, and these months data were not used for training. The results show that the maximum mean absolute percentage error (MAPE) was found to be 3.448% and the R2 value 0.9987 for Polatlı. The best approach was found for Kırşehir (MAPE=1.2257, R2=0.9998). The MAPE and R2 for the testing data were 3.3477 and 0.998534, respectively. The ANN models show greater accuracy for evaluating solar-resource possibilities in regions where a network of monitoring stations has not been established in Turkey. This study confirms the ability of the ANN to predict solar-radiation values precisely.