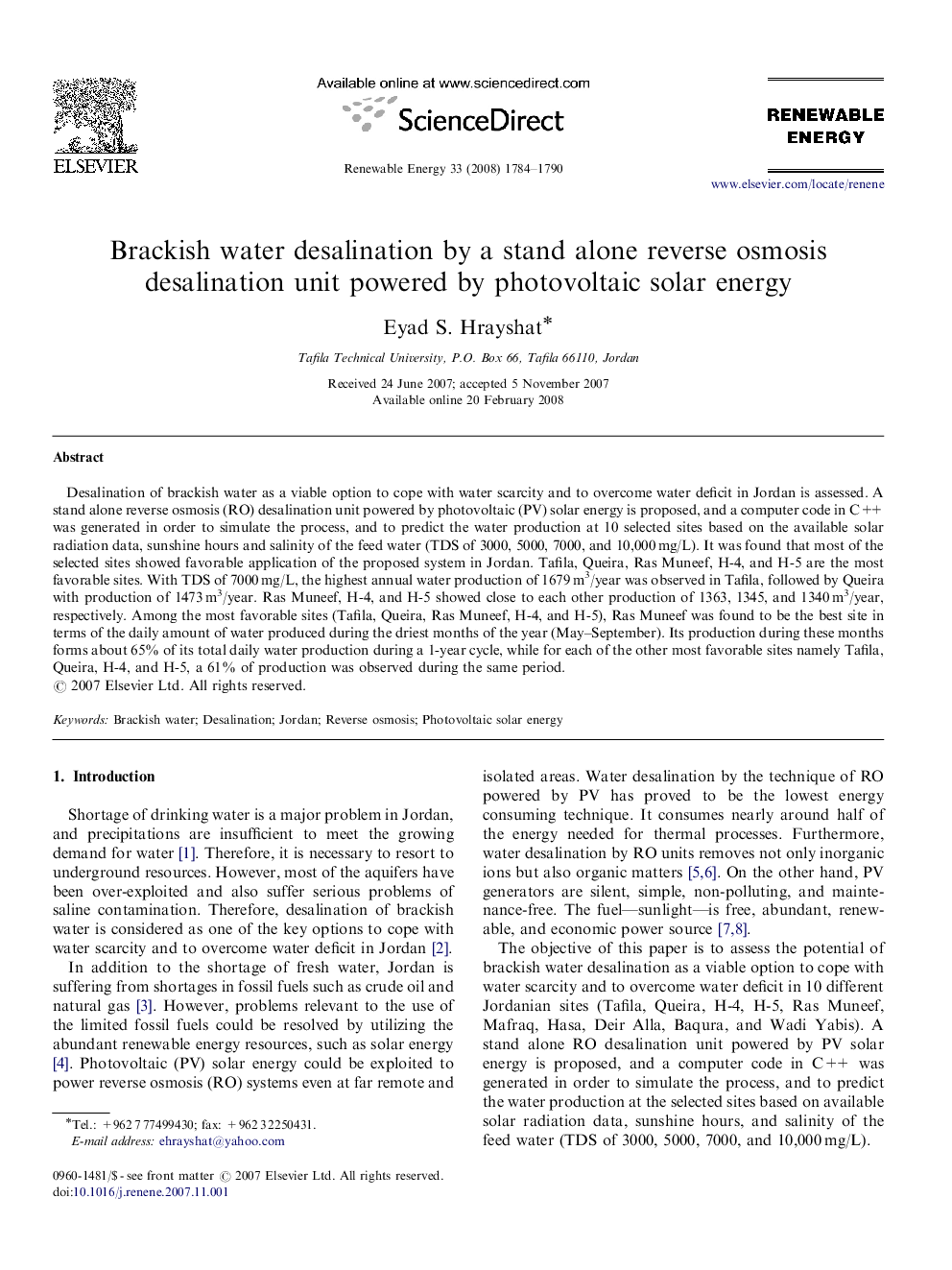 Desalination of brackish water as a viable option to cope with water scarcity and to overcome water deficit in Jordan is assessed. A stand alone reverse osmosis (RO) desalination unit powered by photovoltaic (PV) solar energy is proposed, and a computer code in C++ was generated in order to simulate the process, and to predict the water production at 10 selected sites based on the available solar radiation data, sunshine hours and salinity of the feed water (TDS of 3000, 5000, 7000, and 10,000 mg/L). It was found that most of the selected sites showed favorable application of the proposed system in Jordan. Tafila, Queira, Ras Muneef, H-4, and H-5 are the most favorable sites. With TDS of 7000 mg/L, the highest annual water production of 1679 m3/year was observed in Tafila, followed by Queira with production of 1473 m3/year. Ras Muneef, H-4, and H-5 showed close to each other production of 1363, 1345, and 1340 m3/year, respectively. Among the most favorable sites (Tafila, Queira, Ras Muneef, H-4, and H-5), Ras Muneef was found to be the best site in terms of the daily amount of water produced during the driest months of the year (May–September). Its production during these months forms about 65% of its total daily water production during a 1-year cycle, while for each of the other most favorable sites namely Tafila, Queira, H-4, and H-5, a 61% of production was observed during the same period.