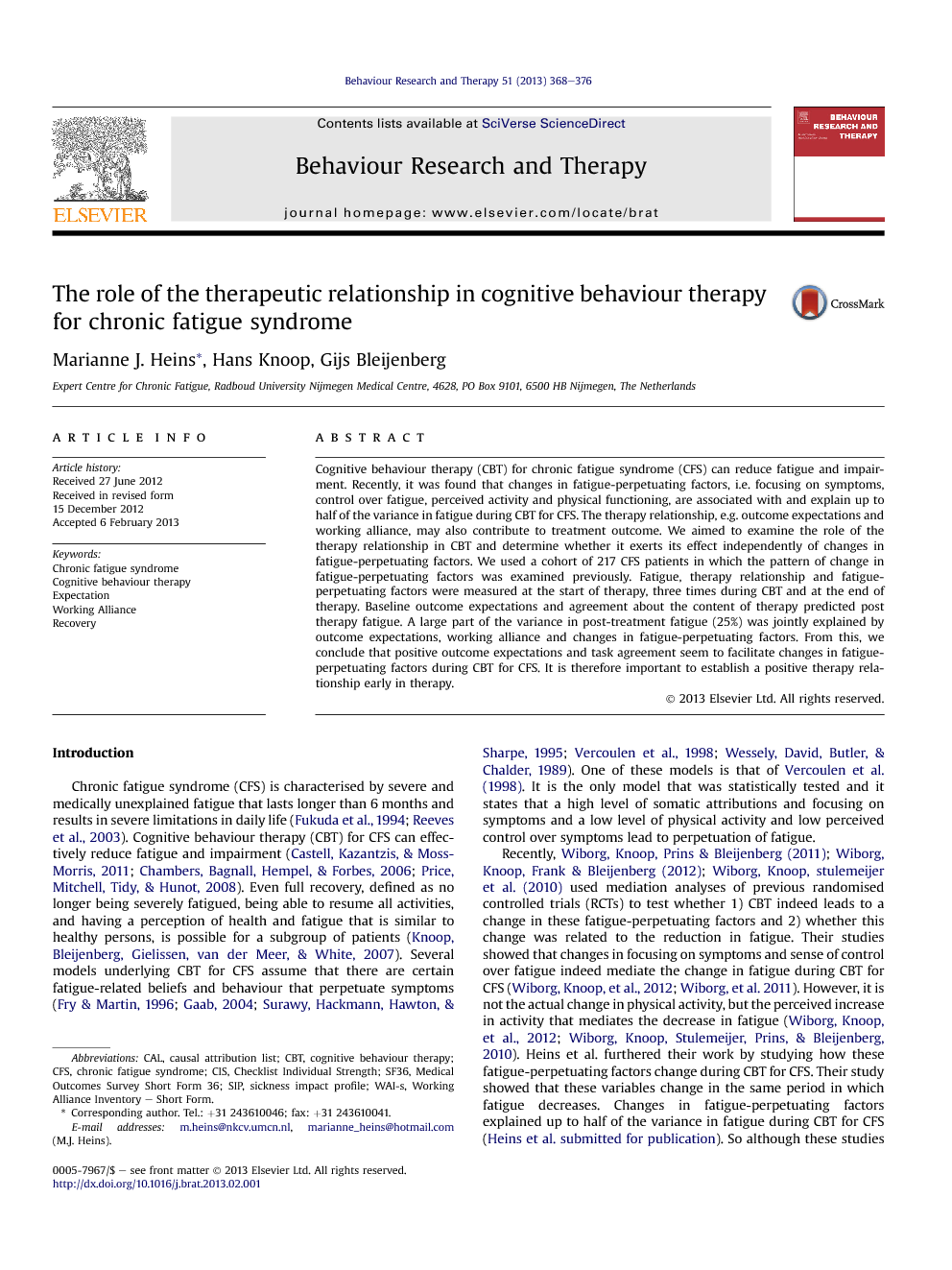 Expectations of recovery and agreement about the content of treatment contribute to actual treatment outcome. This study enhances the understanding of the process of change during CBT for CFS as it shows that these factors do not have a direct positive effect on post-treatment fatigue, but seem to facilitate cognitive changes during CBT for CFS.