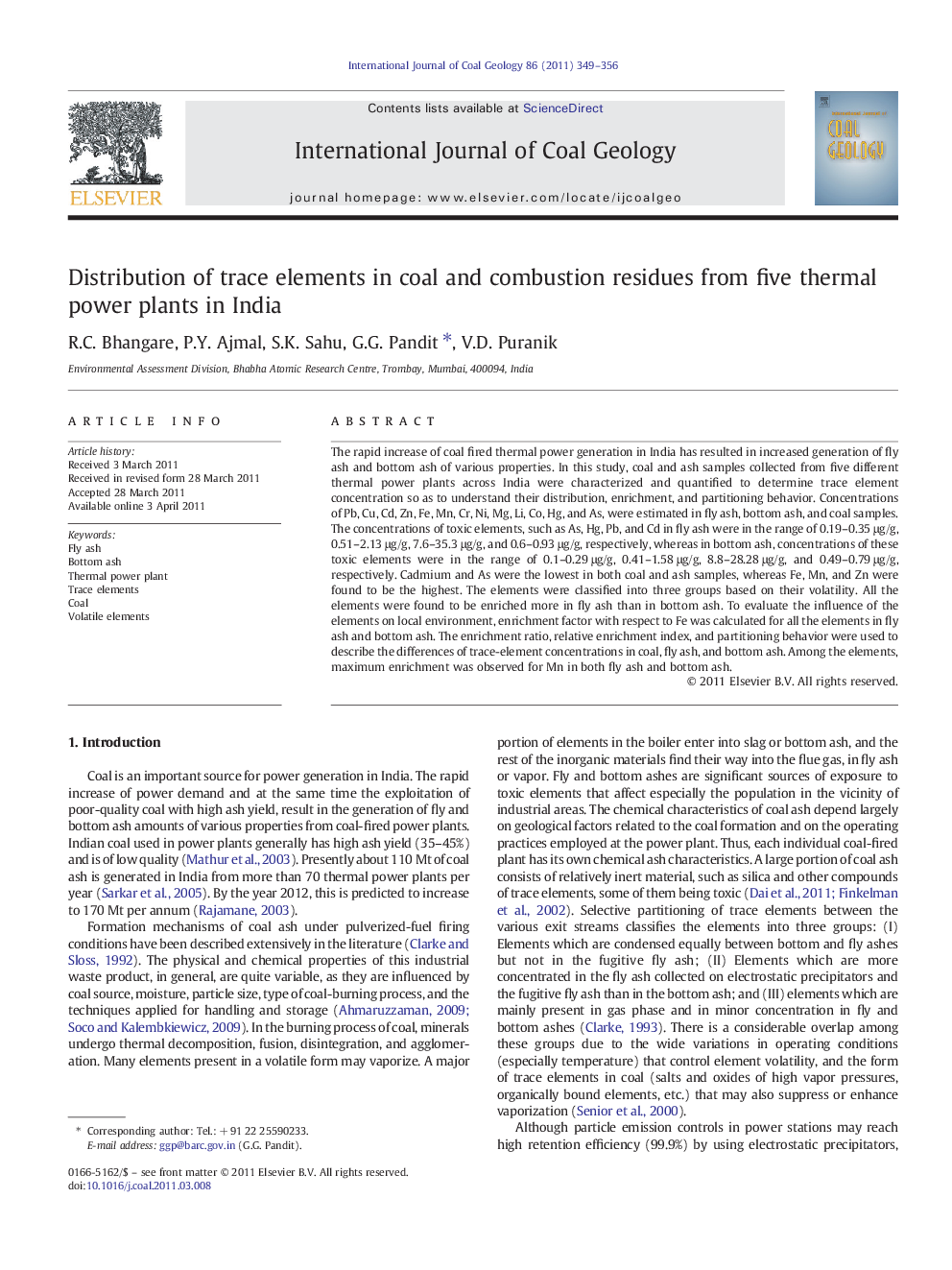 The rapid increase of coal fired thermal power generation in India has resulted in increased generation of fly ash and bottom ash of various properties. In this study, coal and ash samples collected from five different thermal power plants across India were characterized and quantified to determine trace element concentration so as to understand their distribution, enrichment, and partitioning behavior. Concentrations of Pb, Cu, Cd, Zn, Fe, Mn, Cr, Ni, Mg, Li, Co, Hg, and As, were estimated in fly ash, bottom ash, and coal samples. The concentrations of toxic elements, such as As, Hg, Pb, and Cd in fly ash were in the range of 0.19–0.35 μg/g, 0.51–2.13 μg/g, 7.6–35.3 μg/g, and 0.6–0.93 μg/g, respectively, whereas in bottom ash, concentrations of these toxic elements were in the range of 0.1–0.29 μg/g, 0.41–1.58 μg/g, 8.8–28.28 μg/g, and 0.49–0.79 μg/g, respectively. Cadmium and As were the lowest in both coal and ash samples, whereas Fe, Mn, and Zn were found to be the highest. The elements were classified into three groups based on their volatility. All the elements were found to be enriched more in fly ash than in bottom ash. To evaluate the influence of the elements on local environment, enrichment factor with respect to Fe was calculated for all the elements in fly ash and bottom ash. The enrichment ratio, relative enrichment index, and partitioning behavior were used to describe the differences of trace-element concentrations in coal, fly ash, and bottom ash. Among the elements, maximum enrichment was observed for Mn in both fly ash and bottom ash.