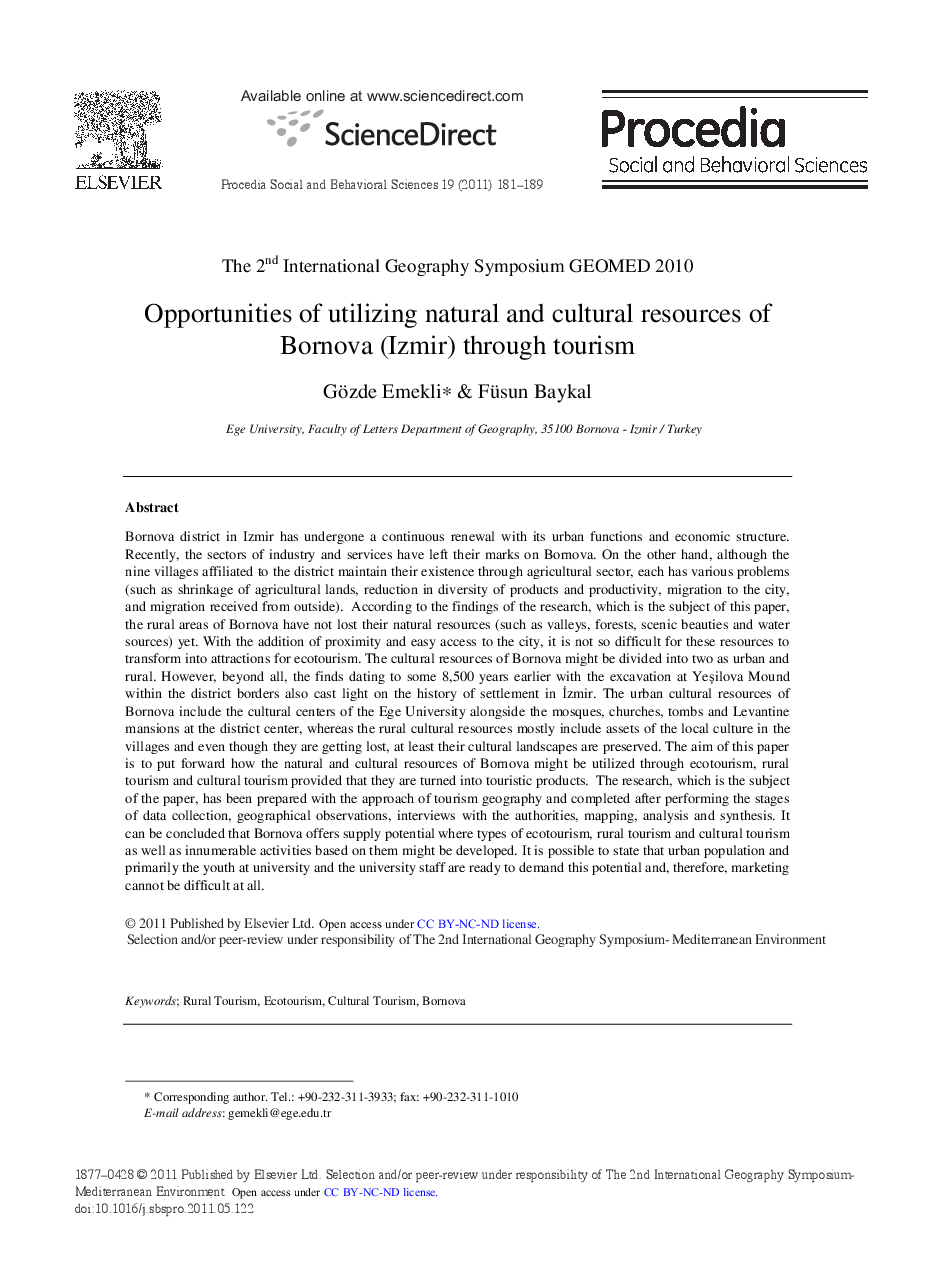 Bornova district in Izmir has undergone a continuous renewal with its urban functions and economic structure. Recently, the sectors of industry and services have left their marks on Bornova. On the other hand, although the nine villages affiliated to the district maintain their existence through agricultural sector, each has various problems (such as shrinkage of agricultural lands, reduction in diversity of products and productivity, migration to the city, and migration received from outside). According to the findings of the research, which is the subject of this paper, the rural areas of Bornova have not lost their natural resources (such as valleys, forests, scenic beauties and water sources) yet. With the addition of proximity and easy access to the city, it is not so difficult for these resources to transform into attractions for ecotourism. The cultural resources of Bornova might be divided into two as urban and rural. However, beyond all, the finds dating to some 8,500 years earlier with the excavation at Yesilova Mound within the district borders also cast light on the history of settlement in _zmir. The urban cultural resources of Bornova include the cultural centers of the Ege University alongside the mosques, churches, tombs and Levantine mansions at the district center, whereas the rural cultural resources mostly include assets of the local culture in the villages and even though they are getting lost, at least their cultural landscapes are preserved. The aim of this paper is to put forward how the natural and cultural resources of Bornova might be utilized through ecotourism, rural tourism and cultural tourism provided that they are turned into touristic products. The research, which is the subject of the paper, has been prepared with the approach of tourism geography and completed after performing the stages of data collection, geographical observations, interviews with the authorities, mapping, analysis and synthesis. It can be concluded that Bornova offers supply potential where types of ecotourism, rural tourism and cultural tourism as well as innumerable activities based on them might be developed. It is possible to state that urban population and primarily the youth at university and the university staff are ready to demand this potential and, therefore, marketing cannot be difficult at all.