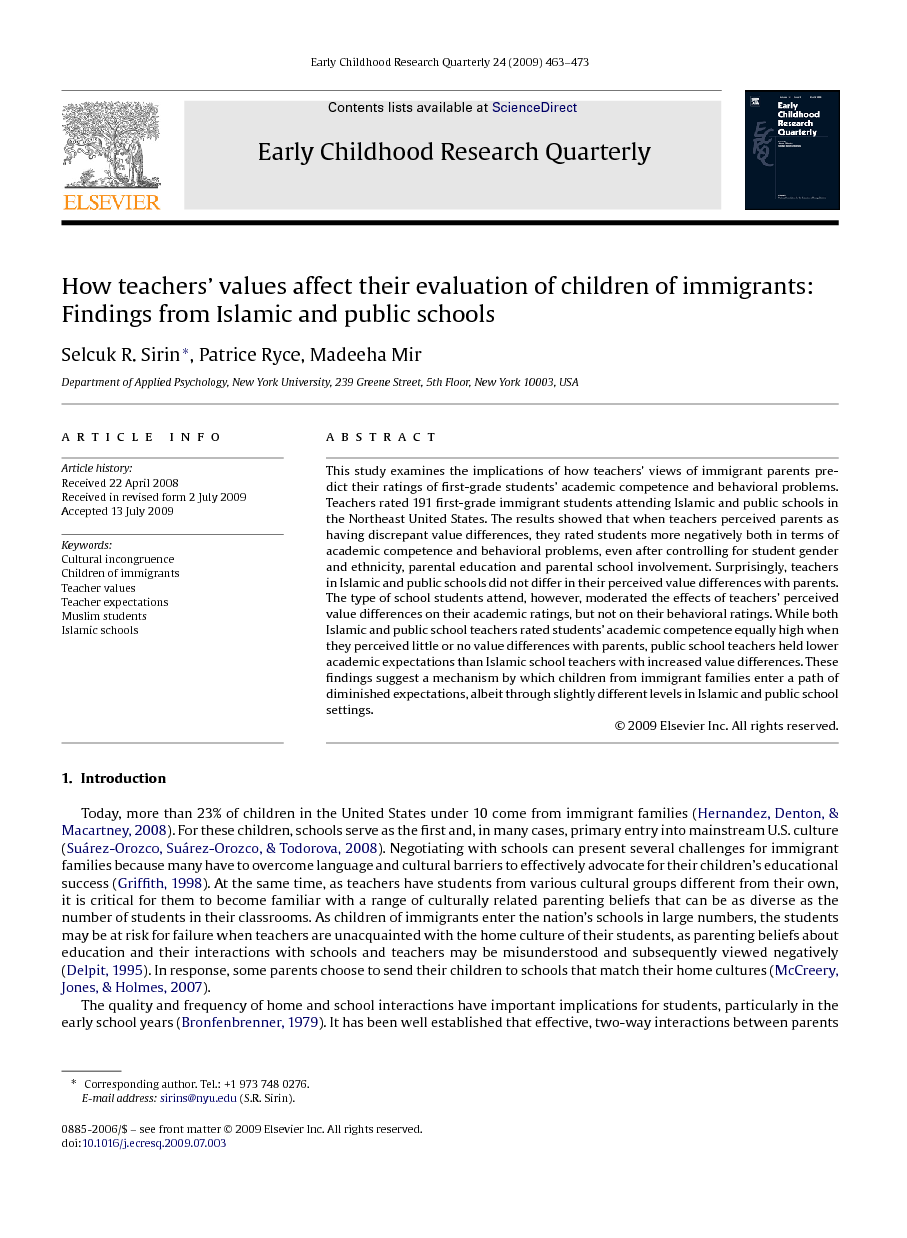 Despite its limitations, the present study offers several important contributions. First, it expands our understanding of the role that teachers’ values play in their ratings of students. Specifically, the study findings corroborate and extend the results of an earlier study (Hauser-Cram et al., 2003) on children of low-income families to immigrant children and further demonstrate the effect of teacher values on not only academic expectations, but also on ratings of behavioral problems. Second, when comparing Islamic and public school teachers on key study variables, public school teachers and Islamic school teachers were surprisingly similar in their perceptions of value differences between themselves and parents. Although Islamic school teachers and their students’ families shared a religious background – an assumption that cannot be made about public school teachers and families – this did not necessarily translate into perceptions of aligned values. Thus, caution must be exercised to recognize that value differences may still persist and hence influence teacher evaluations, even when the cultures and religions of teachers and families may align. Finally, our results extend the literature on cultural incongruence by identifying school context as a moderator of the relation between perceived value differences and achievement expectations. Although perceived value differences between teachers and parents appeared to negatively predict achievement expectations in both school contexts, the relationship seemed much more profound in public schools. Thus, the religiously congruous setting of Islamic schools may have provided a partial buffer against the potential negative influences of value discrepancies on teacher evaluations of their students. This buffer, however, did not completely protect Islamic school students, further indicating that cultural matching does not curb the power of perceived differences between parents and teachers.