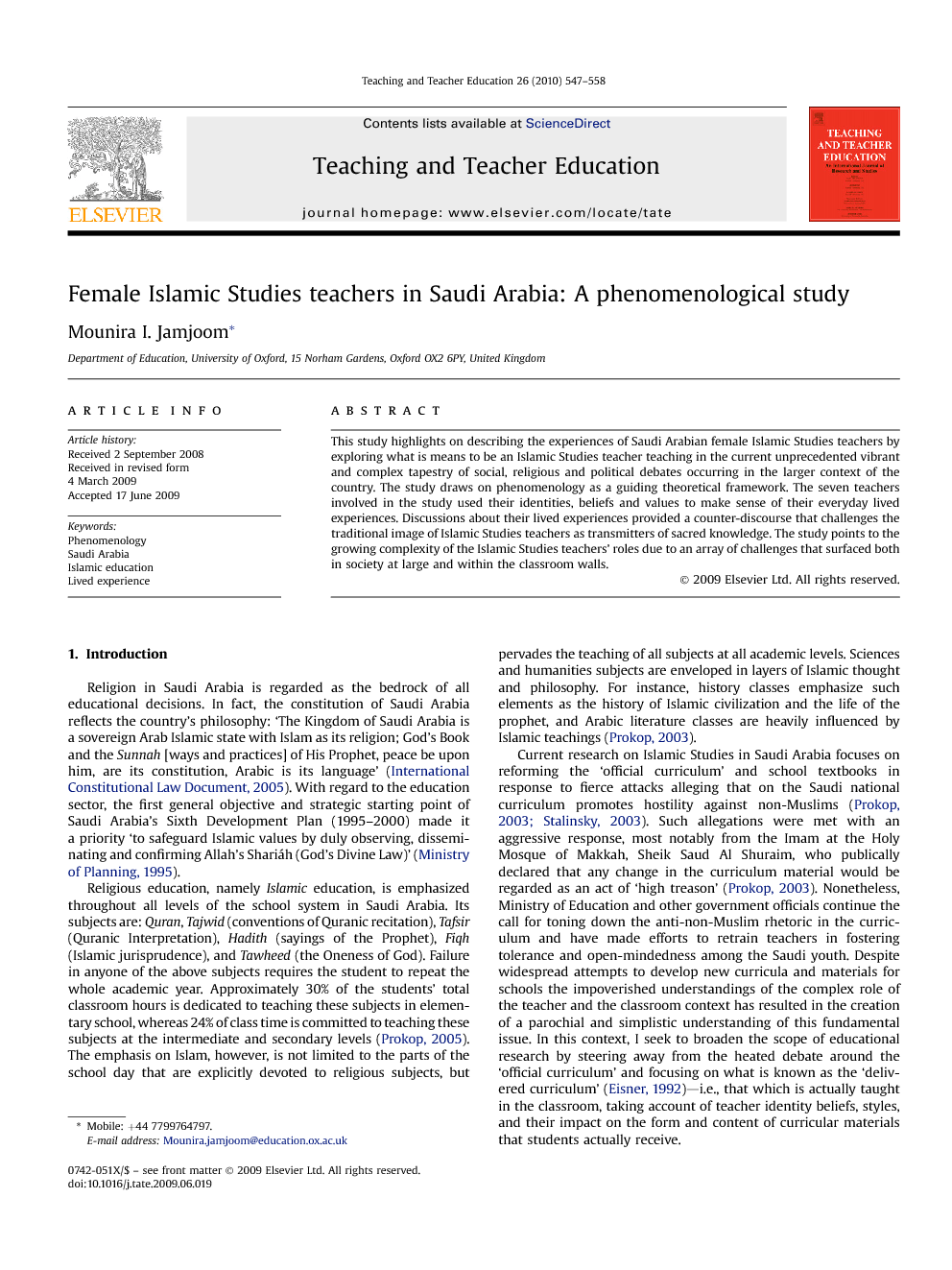 The teachers in this study used their identities, beliefs and values to make sense of their everyday lived experiences. Discussions about their lived experiences provided a counter-discourse that challenges the traditional image of IS teachers as transmitters of sacred knowledge. Atop the list of themes that have emerged from this study is the growing complexity of the IS teachers' roles due to an array of challenges that surfaced both in society at large and within the classroom walls. Whilst the teachers in this study sought refuge by resorting to familiar discourse when confronted with the unfamiliar, leaps of courage were nonetheless necessary at times, particularly with regards to expanding the dimensions of classroom discussions to incorporate topics that were once considered incontestable. The study certainly demonstrates the need for future research to further elucidate ‘who’ the Islamic studies teacher of today is and how he/she experience teaching in the light of the dramatic changes in society. Furthermore, impoverished understandings of how the teachers conceptualize and make meaning of particular aspects of their teaching, e.g., how they conceptualize a good discussion, has led to a rise of blanketed assumptions about what teaching is. For one thing, the study points out to the fact that we lack adequate definition or insights into how teachers perceive their own teaching in the light of this particular context where the lines between religion and education are blurred. The picture became even cloudier, yet more intriguing as I began to think of the numerous questions that emerge from this preliminary study: To what extent does the experience of the teachers in this study resemble experiences of teachers in other disciplines, perhaps even teachers in other western cultures? And to what degree is the experience of teaching universal? Is there a subject specific pedagogy, or a particular form of professional knowledge required for teaching IS? What knowledge, attitudes will teachers need to face the changes occurring in Saudi Arabian society today? I can fairly argue thus far, that given the scarcity of research in this area, and methodological shortcomings of previous research which focused addressed both the teacher and the curriculum as mutually exclusive entities, it is crucial to shed some light on the importance of the teacher and the lived realities of the teaching occupation itself. Goodson (1992), in his book Studying Teachers Lives, provides a key statement in this regard when he notes that: Researchers had not confronted the complexity of the school teacher as an active agent making his or her history. Researchers even when they had stopped treating the teacher as a numerical aggregate, historical footnote or unproblematic role incumbent still treated teachers as interchangeable types unchanged by circumstance or time. As a result a new more contextually sensitive research was needed. (P. 4)