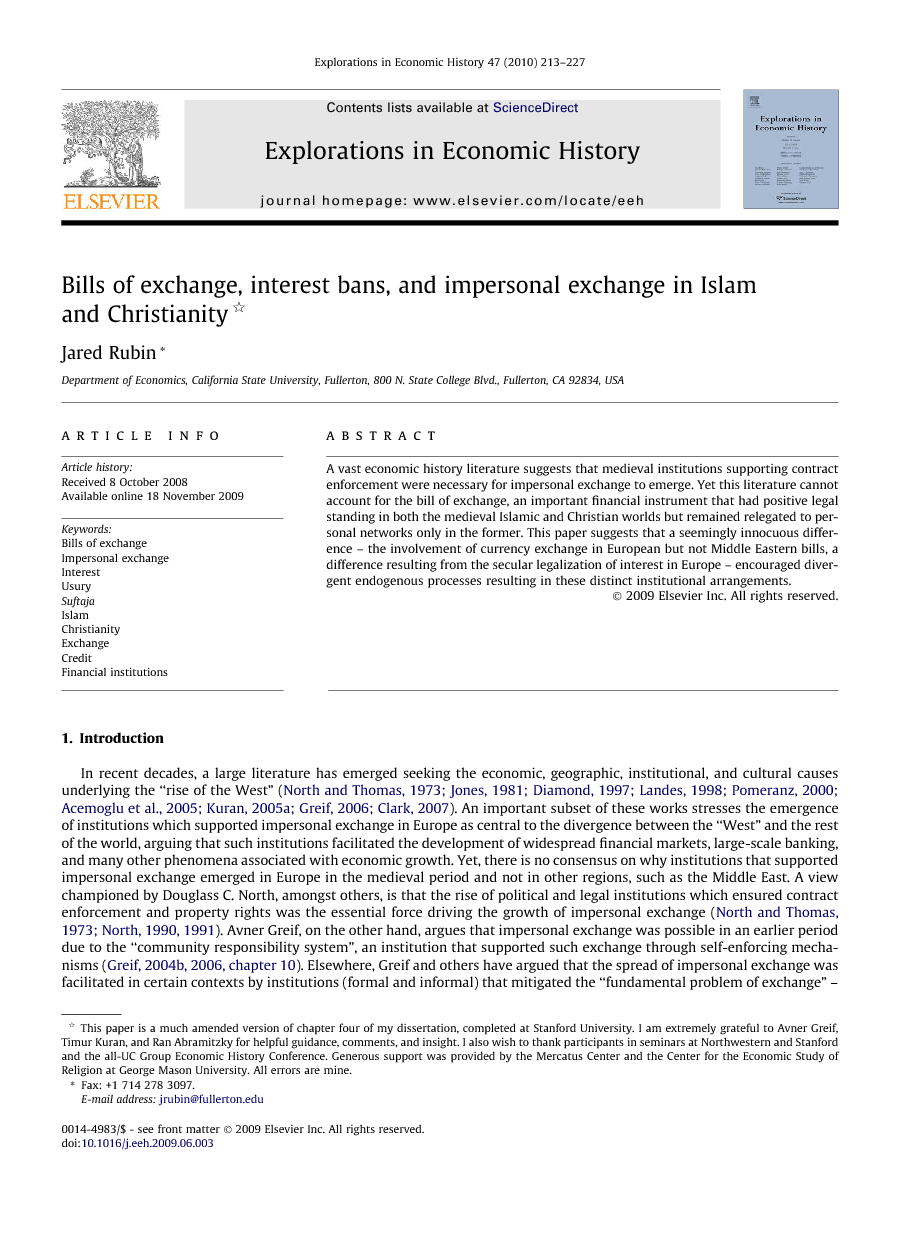 A vast economic history literature suggests that medieval institutions supporting contract enforcement were necessary for impersonal exchange to emerge. Yet this literature cannot account for the bill of exchange, an important financial instrument that had positive legal standing in both the medieval Islamic and Christian worlds but remained relegated to personal networks only in the former. This paper suggests that a seemingly innocuous difference – the involvement of currency exchange in European but not Middle Eastern bills, a difference resulting from the secular legalization of interest in Europe – encouraged divergent endogenous processes resulting in these distinct institutional arrangements.

This paper analyzes one of the many avenues through which institutions that supported impersonal exchange emerged in Western Europe but not in the Middle East. It explores the consequences of the differing relationships between political and religious authorities in the Islamic and Western Christian worlds, arguing that these distinctions entailed differing enforcement of interest restrictions, which affected the method through which exchange transactions transpired, which resulted in divergent endogenous processes essential to the build-up of institutional complexes supporting impersonal exchange in the two regions. Fig. 1 summarizes this argument. Middle Eastern institutions did not need to evolve like Western ones in order to promote economic development. Yet, the incentive structures imposed on capital-wealthy entrepreneurs by religious and secular interest laws as well as the broader institutional structures had a practical economic effect – manifested in the relegation of long-distance Middle Eastern finance to networks of personal–familial relations – and were among the many factors contributing to the relative underdevelopment of the Middle East over the last seven centuries.