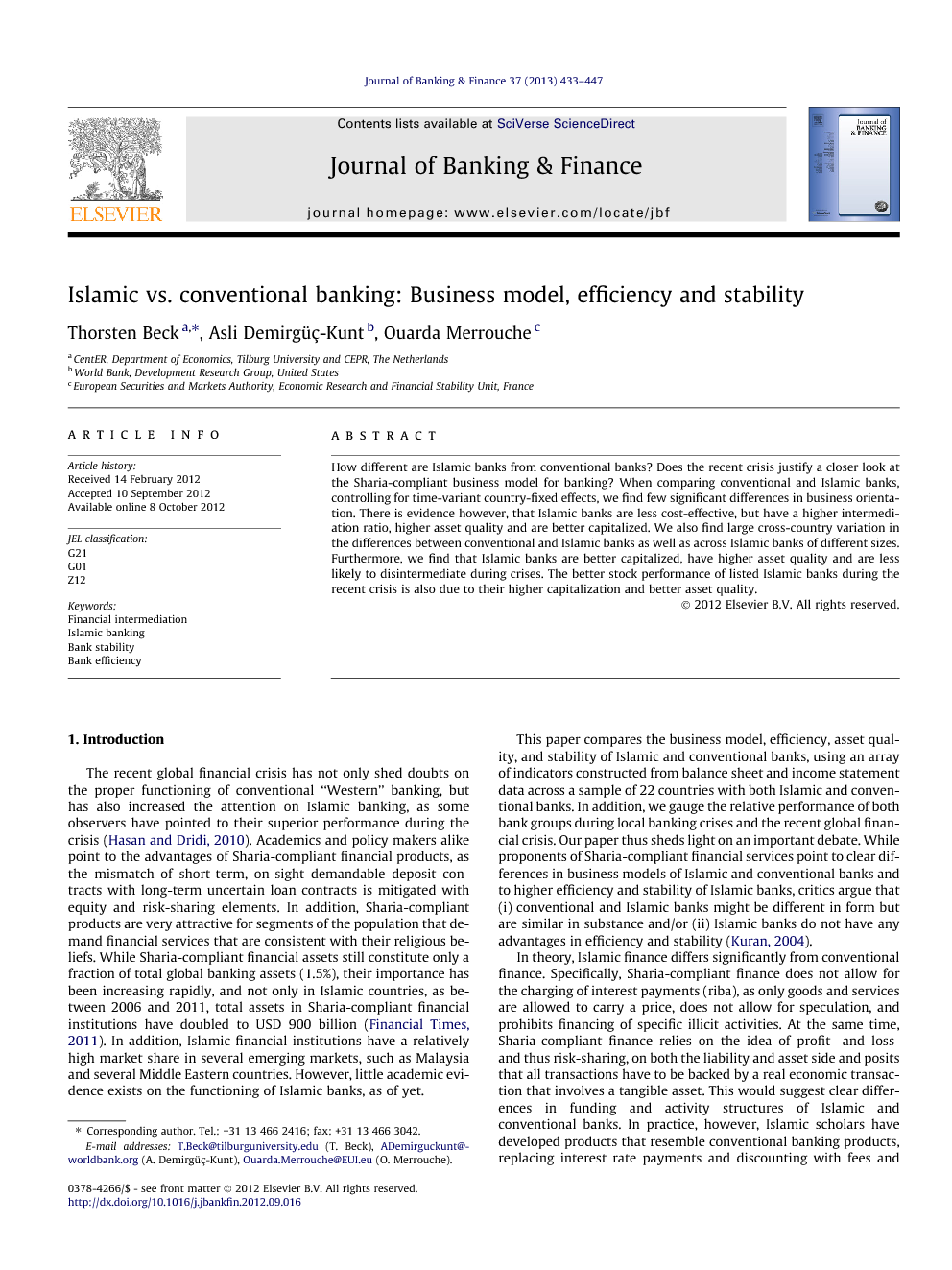 This paper empirically analyzes the differences in business orientation, efficiency, asset quality, and stability of Islamic and conventional banks across a sample of countries with both types of institutions. While theory suggests significant repercussions of the equity-like nature of Islamic banking for business orientation, efficiency, risk-taking, and stability, anecdotal evidence suggests that Islamic banks’ business model might not be too different from that of the conventional banks. Our empirical estimations show few significant differences in business models. However, we find that Islamic banks are less efficient, but have higher intermediation ratios, have higher asset quality, and are better capitalized than conventional banks. We also find that Islamic banks perform better during crises in terms of capitalization and asset quality and are less likely to disintermediate than conventional banks. Furthermore, our results show that this higher capitalization and better asset quality have helped Islamic banks outperform conventional banks during the latest crisis. Behind these cross-country, cross-bank results, however, are important variations across countries and across Islamic banks of different sizes that require further analysis. We hope that the discussion and the analysis in this paper stimulate more research in this area since much work remains for future research. First, disaggregated data on specific products and business lines are necessary to better understand the differences in financial service provision between conventional and Islamic banks. This would also allow us to include Islamic windows in our analysis, i.e. conventional banks that offer Sharia-compliant products. Second, future work can also assess the impact of growth of Islamic banks on the outreach of the banking system and ultimately the access to and use of banking products by firms and enterprises.