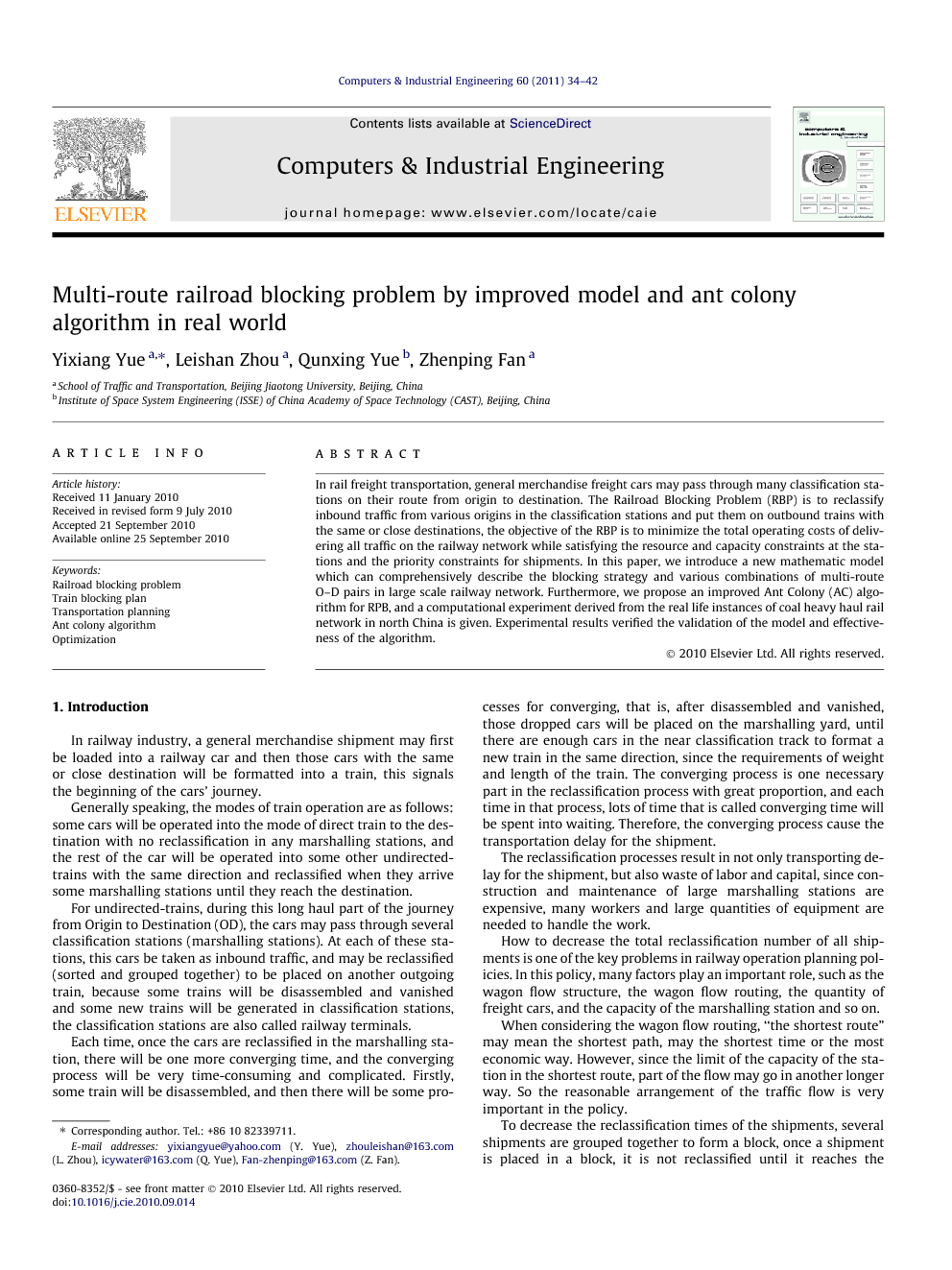 In rail freight transportation, general merchandise freight cars may pass through many classification stations on their route from origin to destination. The Railroad Blocking Problem (RBP) is to reclassify inbound traffic from various origins in the classification stations and put them on outbound trains with the same or close destinations, the objective of the RBP is to minimize the total operating costs of delivering all traffic on the railway network while satisfying the resource and capacity constraints at the stations and the priority constraints for shipments. In this paper, we introduce a new mathematic model which can comprehensively describe the blocking strategy and various combinations of multi-route O–D pairs in large scale railway network. Furthermore, we propose an improved Ant Colony (AC) algorithm for RPB, and a computational experiment derived from the real life instances of coal heavy haul rail network in north China is given. Experimental results verified the validation of the model and effectiveness of the algorithm

The solution of RBP is one of the most important railroad basic plans and the difficulty to solving RBP precluded the development of automatic optimal algorithm. As a result, how to find a feasible better solution is the first step for many real-life railroads blocking problem. In this paper, we have discussed the model of multi-route RBP in detail, and then present an algorithm based on ant system, the computational results of this algorithm are very impressive. The AC algorithm successfully found the feasible better solution for RBP in very short time, for small scale RBP, AC algorithm also can find optimal solution easily shown as the example. For most large scale real-life RBPs, technicians currently solve this problem by making improvements from existing train blocking plan, it is efficient to generate a near-optimal solution for improving by AC algorithm. AC algorithm has a real potential to solve the blocking problem effectively and to be used in practice by railroads.