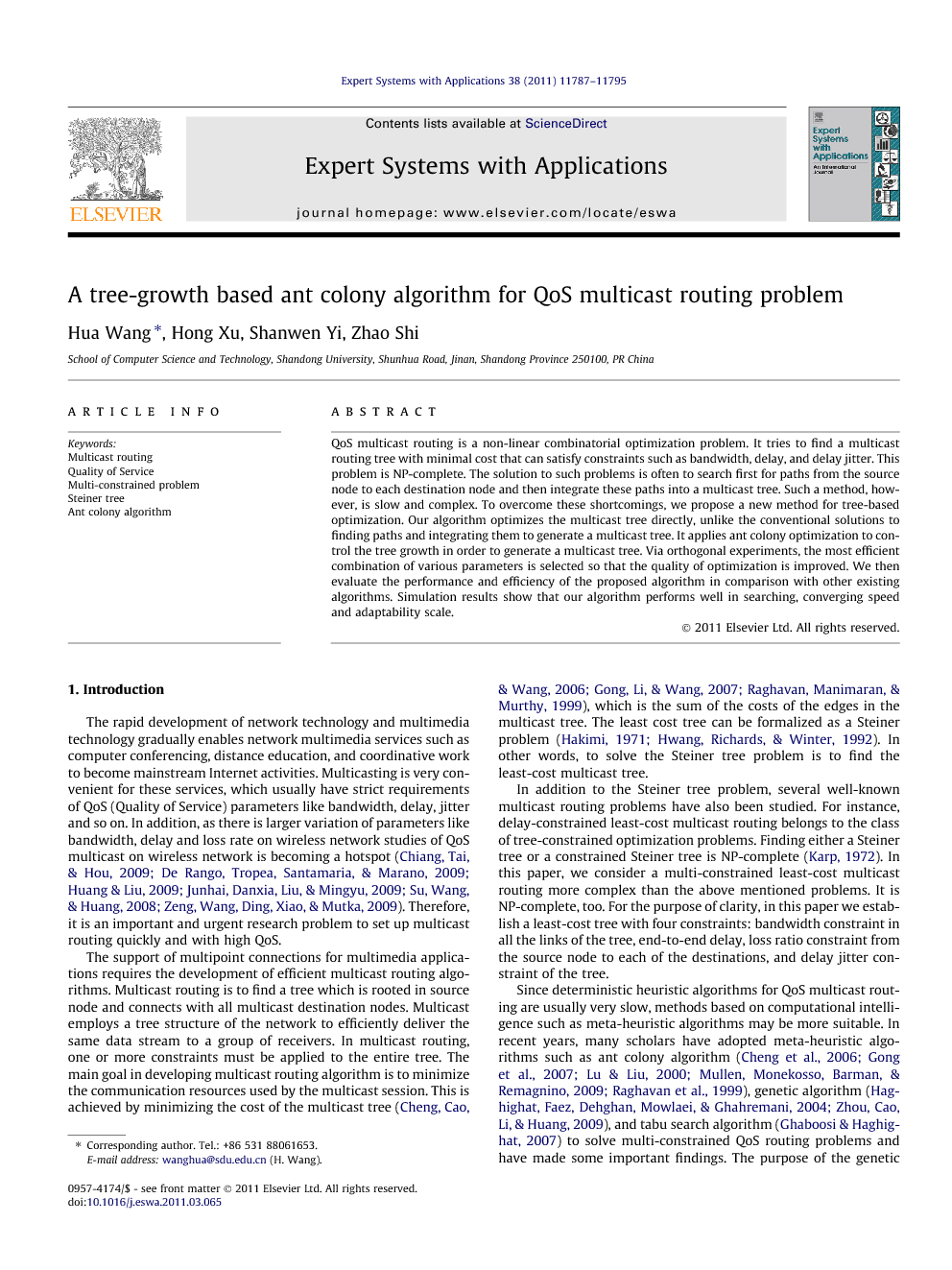 QoS multicast routing is a non-linear combinatorial optimization problem. It tries to find a multicast routing tree with minimal cost that can satisfy constraints such as bandwidth, delay, and delay jitter. This problem is NP-complete. The solution to such problems is often to search first for paths from the source node to each destination node and then integrate these paths into a multicast tree. Such a method, however, is slow and complex. To overcome these shortcomings, we propose a new method for tree-based optimization. Our algorithm optimizes the multicast tree directly, unlike the conventional solutions to finding paths and integrating them to generate a multicast tree. It applies ant colony optimization to control the tree growth in order to generate a multicast tree. Via orthogonal experiments, the most efficient combination of various parameters is selected so that the quality of optimization is improved. We then evaluate the performance and efficiency of the proposed algorithm in comparison with other existing algorithms. Simulation results show that our algorithm performs well in searching, converging speed and adaptability scale.

This paper proposed a tree-based ant colony algorithm for multi-constrained QoS multicast routing. Simulation indicates that TGBACA is much faster than conventional ant colony algorithm and the cost of the multicast tree always excels that of ACT. TGBACA proposed in this paper can obtain better cost of multicast tree than the abovementioned four algorithms, and the larger the network scale, the more obvious the merit of TGBACA in the use of less time. When the network scale increases it has better performance. The automatic modifying mechanism of parameters of the algorithm is the next research goal in our future study. We will explore the relationship between parameters and topology on the basis of simulation results, thus establishing mathematic model of modifying parameters to enable the algorithm to modify the values of parameters in the operation by referring to the current network topology information. In this way the algorithm can perform its best to the full.