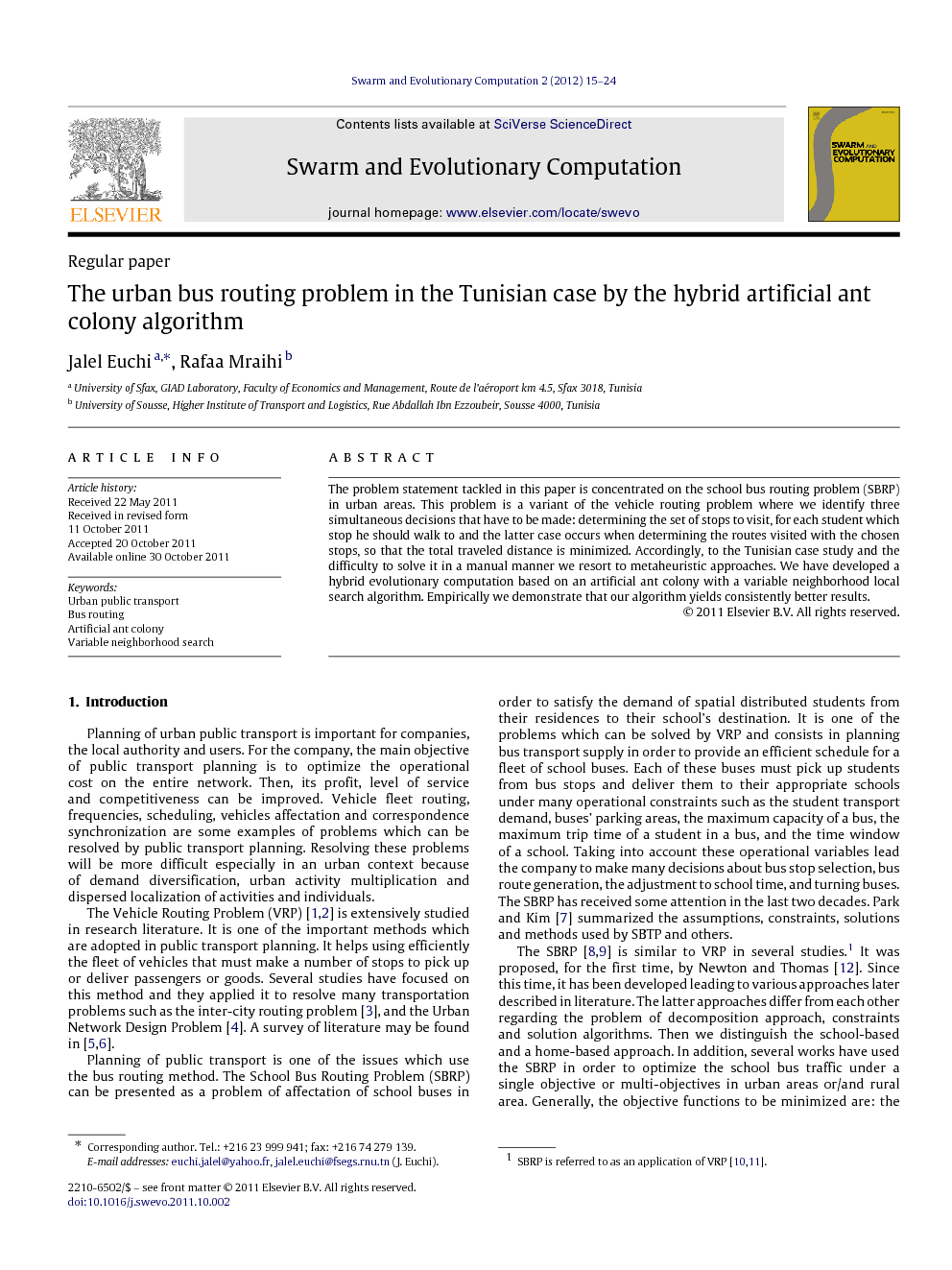 The problem statement tackled in this paper is concentrated on the school bus routing problem (SBRP) in urban areas. This problem is a variant of the vehicle routing problem where we identify three simultaneous decisions that have to be made: determining the set of stops to visit, for each student which stop he should walk to and the latter case occurs when determining the routes visited with the chosen stops, so that the total traveled distance is minimized. Accordingly, to the Tunisian case study and the difficulty to solve it in a manual manner we resort to metaheuristic approaches. We have developed a hybrid evolutionary computation based on an artificial ant colony with a variable neighborhood local search algorithm. Empirically we demonstrate that our algorithm yields consistently better results.

In this paper we have introduced a new hybrid artificial ant colony to solve the urban bus routing problem on the Tunisian case. We presented an extended study of a novel hybrid approach to rank solutions in bus routing problem in the presence of a real case. We have shown that the variable neighborhood as local search improves the performance of the artificial ant colony. We have proposed and analyzed the performance of our new hybrid algorithm for solving the real bus routing problem of Great Tunis. From the experiments carried out here we conclude that the proposed methodology is able to solve the hard bus routing problem in this case study. The results show that the solution produced by our metaheuristic is highly dependent on the choice of the local search; here we have implemented the variable neighborhood search inside the artificial ant colony. Our approach is competitive when compared with the results of the bus network provided by those responsible in the TBCT in Great Tunis (Table 4).