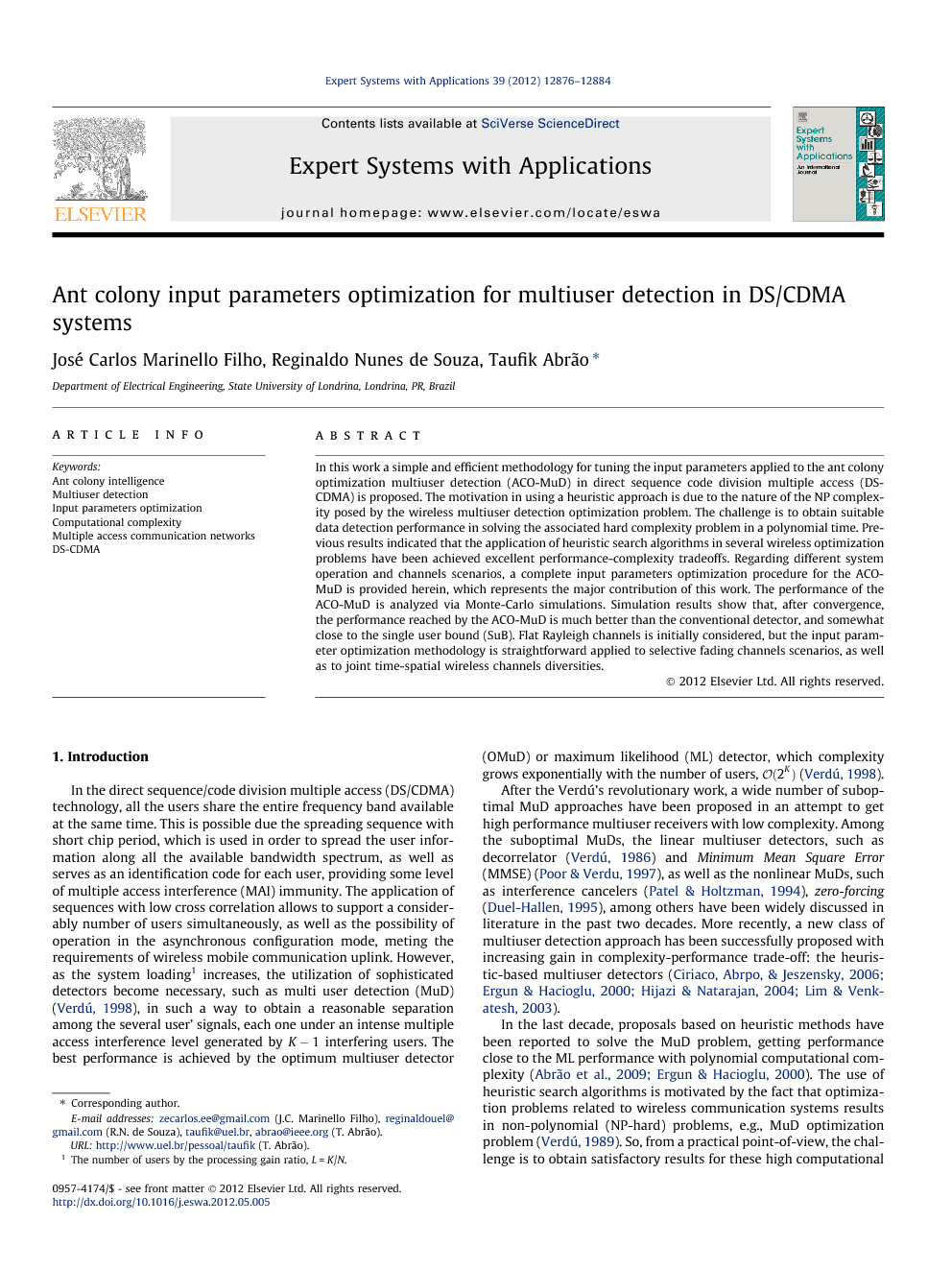 In this work a simple and efficient methodology for tuning the input parameters applied to the ant colony optimization multiuser detection (ACO-MuD) in direct sequence code division multiple access (DS-CDMA) is proposed. The motivation in using a heuristic approach is due to the nature of the NP complexity posed by the wireless multiuser detection optimization problem. The challenge is to obtain suitable data detection performance in solving the associated hard complexity problem in a polynomial time. Previous results indicated that the application of heuristic search algorithms in several wireless optimization problems have been achieved excellent performance-complexity tradeoffs. Regarding different system operation and channels scenarios, a complete input parameters optimization procedure for the ACO-MuD is provided herein, which represents the major contribution of this work. The performance of the ACO-MuD is analyzed via Monte-Carlo simulations. Simulation results show that, after convergence, the performance reached by the ACO-MuD is much better than the conventional detector, and somewhat close to the single user bound (SuB). Flat Rayleigh channels is initially considered, but the input parameter optimization methodology is straightforward applied to selective fading channels scenarios, as well as to joint time-spatial wireless channels diversities.

A heuristic multiuser detector based in an ant colony optimization (ACO-MuD) suitable to perform in BPSK DS/CDMA systems under flat Rayleigh fading channels was proposed and successfully characterized. An input parameters optimization methodology for the ACO-MuD was carried out, in order to achieve the best possible performance with a fixed number of iterations. The optimized values proved to be robust enough, such a way to ensure a near-optimum performance for different system and channel operations scenarios, as well as different power control situations, without the need of significant changes in the algorithm. Indeed, the input parameters optimization for the ACO-MuD shows that the parameters σ and γ are virtually immune to the channel mobility and loading system variation, indicating that the algorithm is able to operate robustly under different mobile channel coherence times; in practice, only the α and β parameters needs to be slightingly adjusted when drastic changes in both system operation conditions and multiple access channel occur. The computational complexity for the proposed ACO-MuD deploying optimized input parameters, was analyzed by both the number of cost function calculations, as well as by the number of operations. ACO-MuD complexity results very low, resulting in a very small fraction of the OMuD computational complexity (≈10−7) under full system loading condition, wide range of NFR and channel mobility, but with very similar performances.