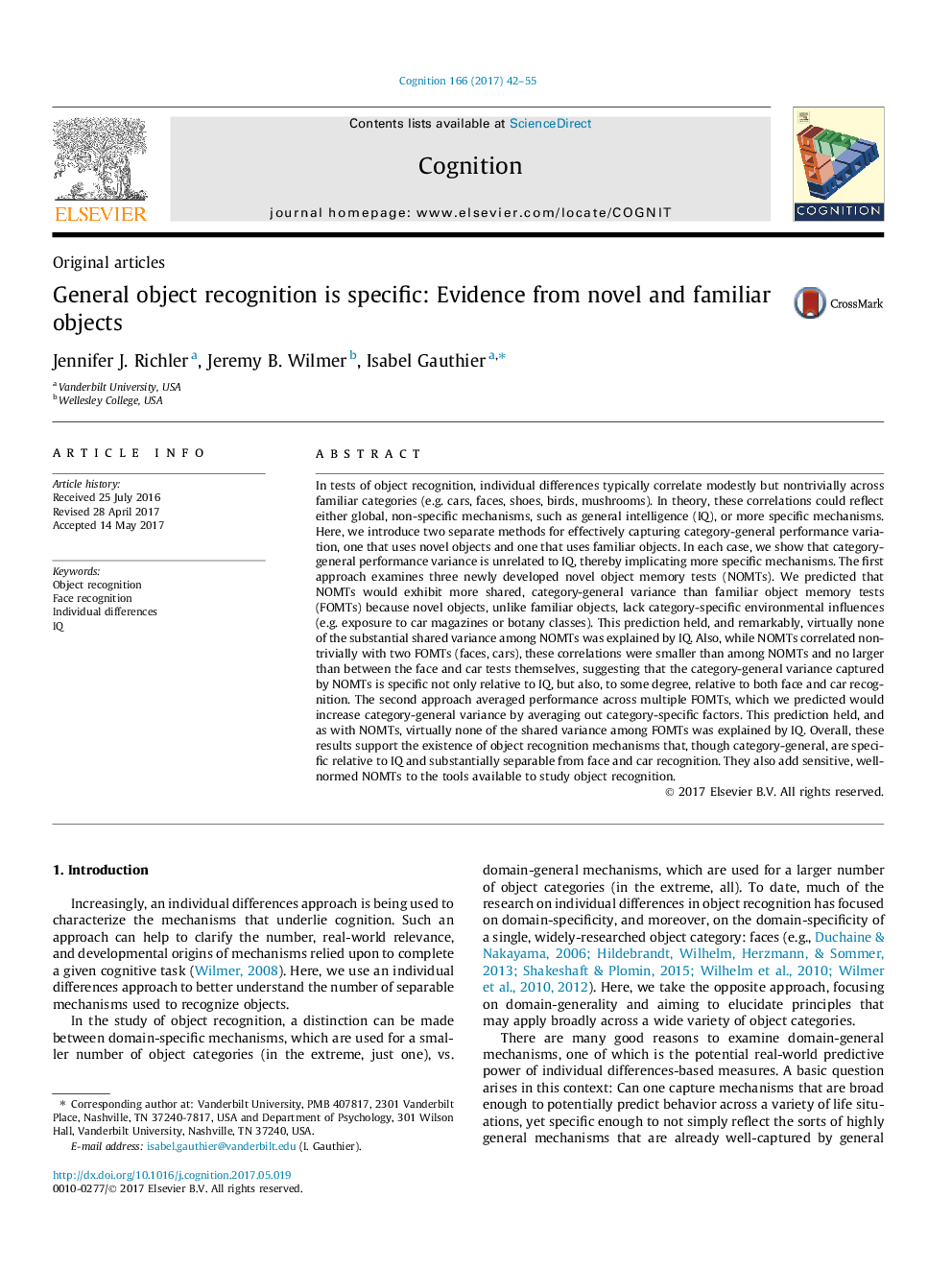 In tests of object recognition, individual differences typically correlate modestly but nontrivially across familiar categories (e.g. cars, faces, shoes, birds, mushrooms). In theory, these correlations could reflect either global, non-specific mechanisms, such as general intelligence (IQ), or more specific mechanisms. Here, we introduce two separate methods for effectively capturing category-general performance variation, one that uses novel objects and one that uses familiar objects. In each case, we show that category-general performance variance is unrelated to IQ, thereby implicating more specific mechanisms. The first approach examines three newly developed novel object memory tests (NOMTs). We predicted that NOMTs would exhibit more shared, category-general variance than familiar object memory tests (FOMTs) because novel objects, unlike familiar objects, lack category-specific environmental influences (e.g. exposure to car magazines or botany classes). This prediction held, and remarkably, virtually none of the substantial shared variance among NOMTs was explained by IQ. Also, while NOMTs correlated nontrivially with two FOMTs (faces, cars), these correlations were smaller than among NOMTs and no larger than between the face and car tests themselves, suggesting that the category-general variance captured by NOMTs is specific not only relative to IQ, but also, to some degree, relative to both face and car recognition. The second approach averaged performance across multiple FOMTs, which we predicted would increase category-general variance by averaging out category-specific factors. This prediction held, and as with NOMTs, virtually none of the shared variance among FOMTs was explained by IQ. Overall, these results support the existence of object recognition mechanisms that, though category-general, are specific relative to IQ and substantially separable from face and car recognition. They also add sensitive, well-normed NOMTs to the tools available to study object recognition.