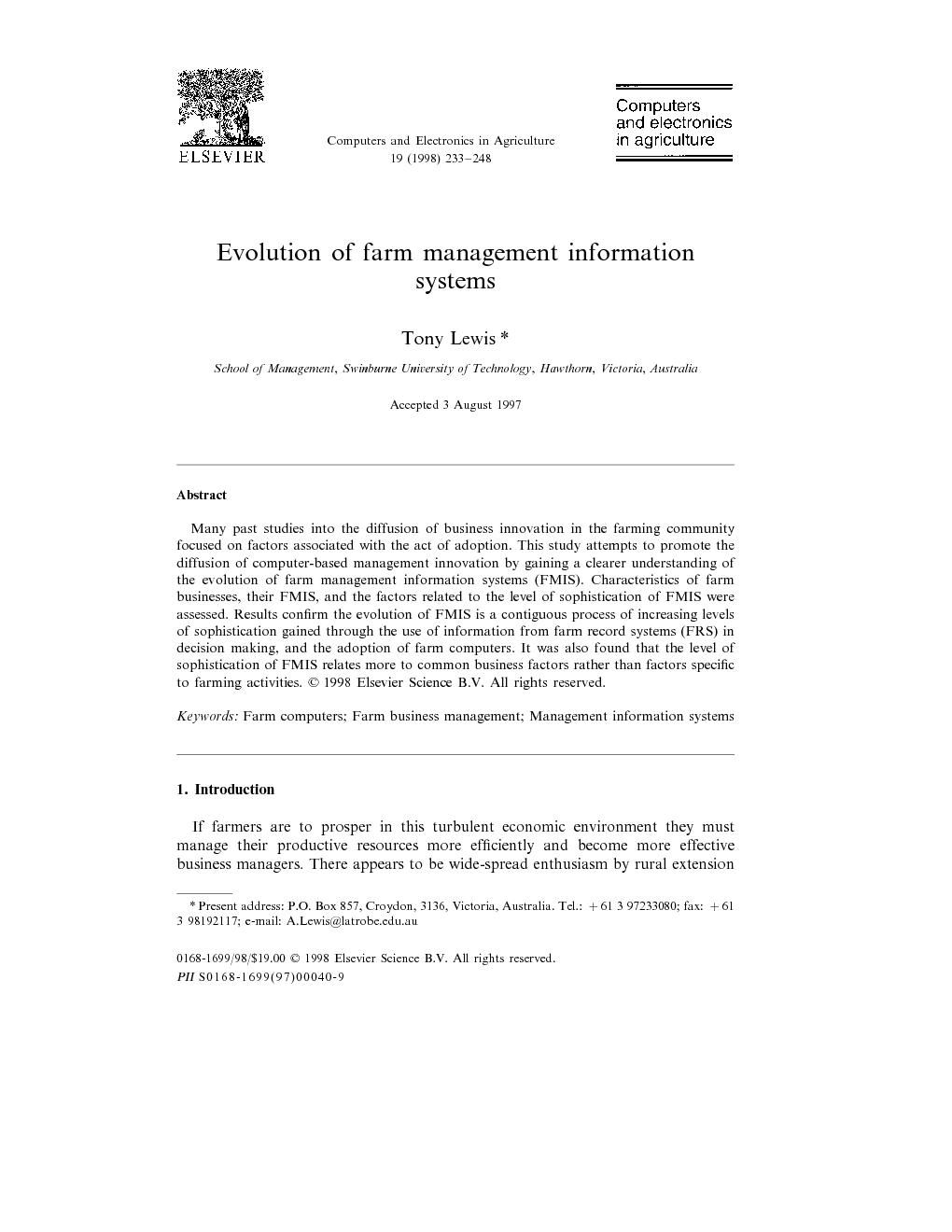 Many past studies into the diffusion of business innovation in the farming community focused on factors associated with the act of adoption. This study attempts to promote the diffusion of computer-based management innovation by gaining a clearer understanding of the evolution of farm management information systems (FMIS). Characteristics of farm businesses, their FMIS, and the factors related to the level of sophistication of FMIS were assessed. Results confirm the evolution of FMIS is a contiguous process of increasing levels of sophistication gained through the use of information from farm record systems (FRS) in decision making, and the adoption of farm computers. It was also found that the level of sophistication of FMIS relates more to common business factors rather than factors specific to farming activities.