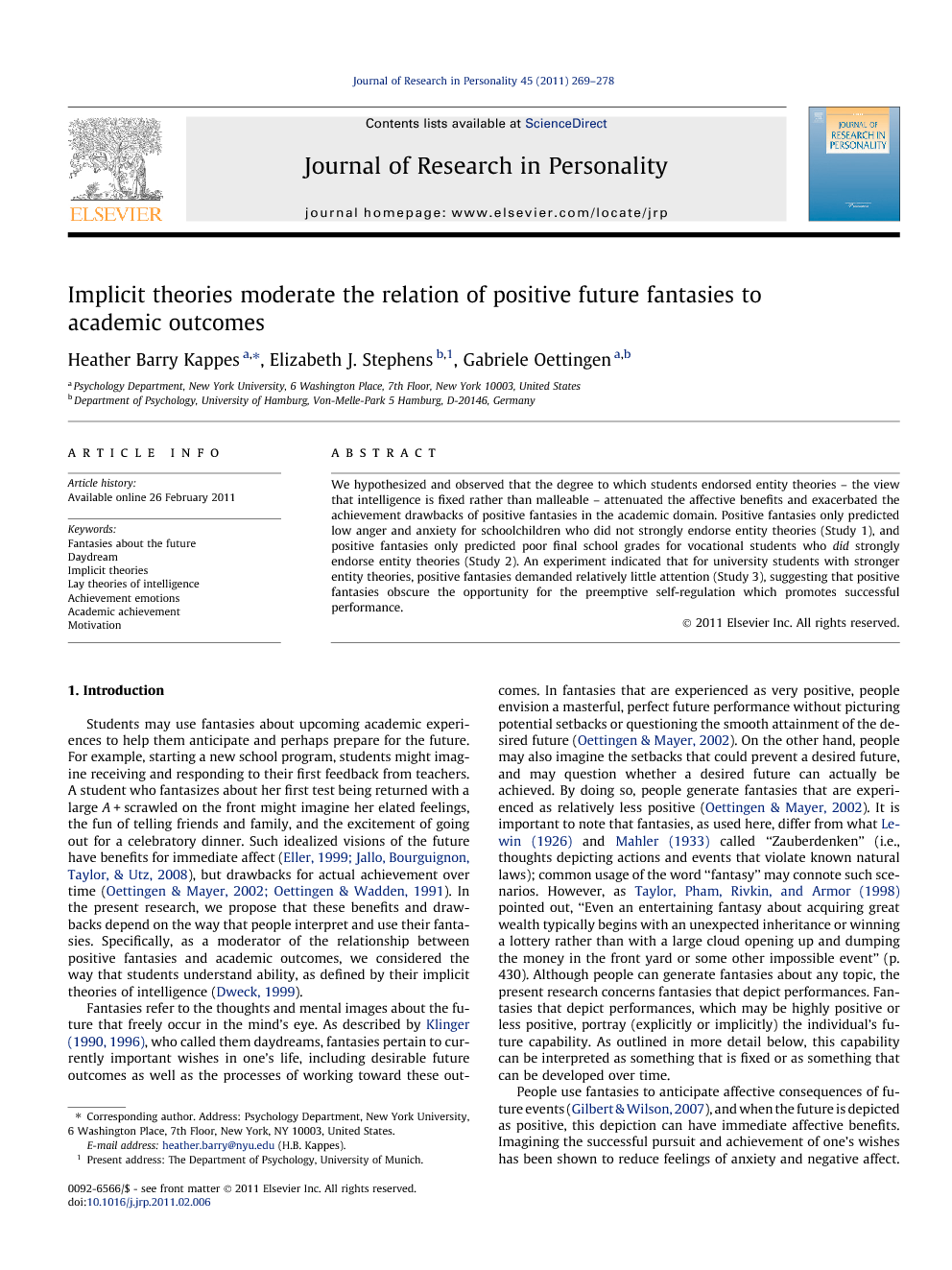 In sum, shaped by core theories about the nature of human intelligence, students’ free fantasies about the future influence their emotions and achievement. The present research suggests that these relationships depend on the way students understand the fixedness of capability – those who hold stronger entity theories suffer the achievement drawbacks of positive fantasies without enjoying the affective benefits. These tendencies, we argue, have important implications for understanding students’ experiences in the classroom and shed light on key issues regarding the mechanisms by which positive fantasies influence emotional and motivational outcomes.