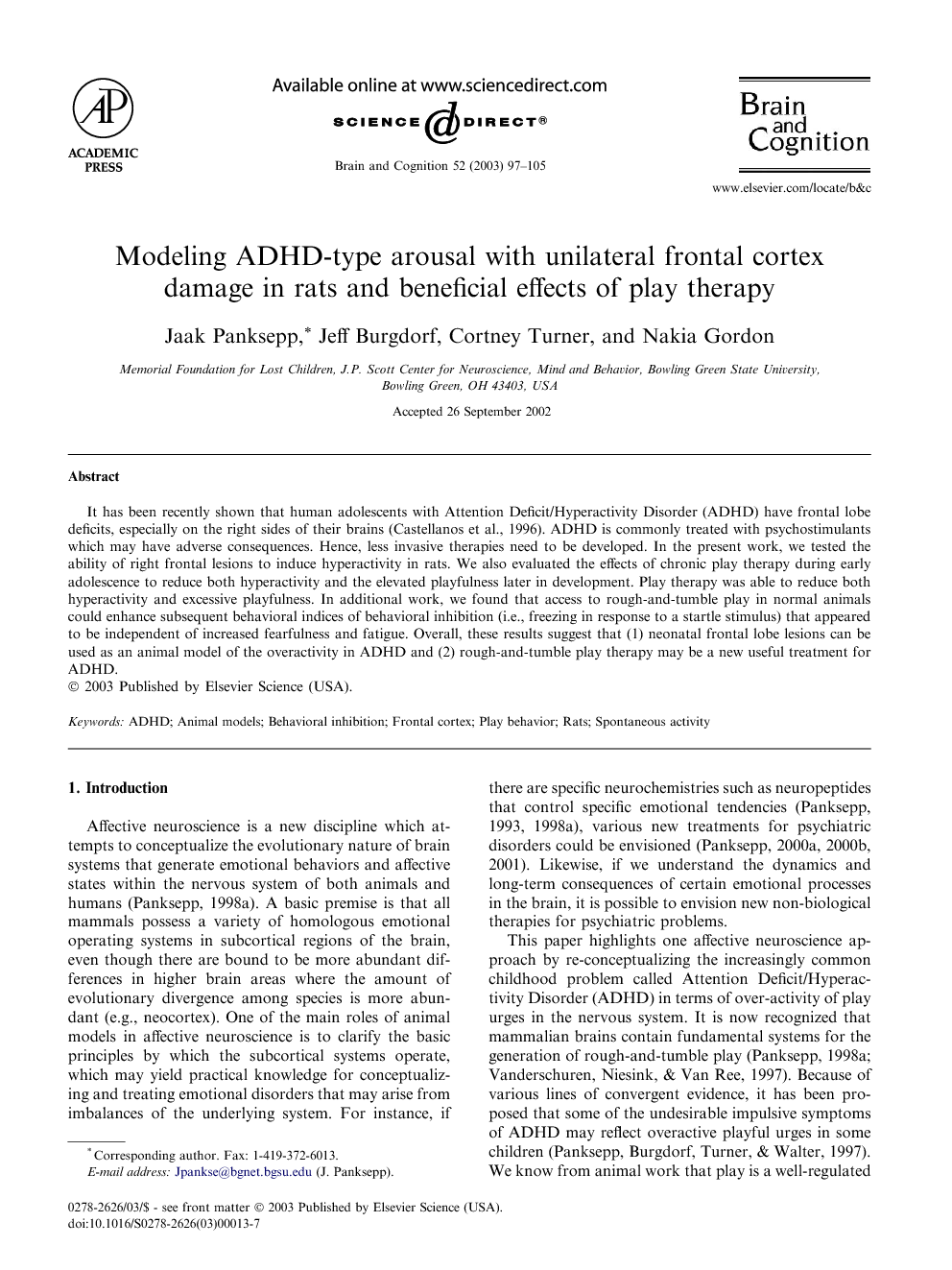 It has been recently shown that human adolescents with Attention Deficit/Hyperactivity Disorder (ADHD) have frontal lobe deficits, especially on the right sides of their brains (Castellanos et al., 1996). ADHD is commonly treated with psychostimulants which may have adverse consequences. Hence, less invasive therapies need to be developed. In the present work, we tested the ability of right frontal lesions to induce hyperactivity in rats. We also evaluated the effects of chronic play therapy during early adolescence to reduce both hyperactivity and the elevated playfulness later in development. Play therapy was able to reduce both hyperactivity and excessive playfulness. In additional work, we found that access to rough-and-tumble play in normal animals could enhance subsequent behavioral indices of behavioral inhibition (i.e., freezing in response to a startle stimulus) that appeared to be independent of increased fearfulness and fatigue. Overall, these results suggest that (1) neonatal frontal lobe lesions can be used as an animal model of the overactivity in ADHD and (2) rough-and-tumble play therapy may be a new useful treatment for ADHD.