عنوان انگلیسی
It depends how you look at it: On the relationship between neuroticism and conscientiousness at the within- and the between-person levels of analysis
دانلود فوری مقاله + سفارش ترجمه 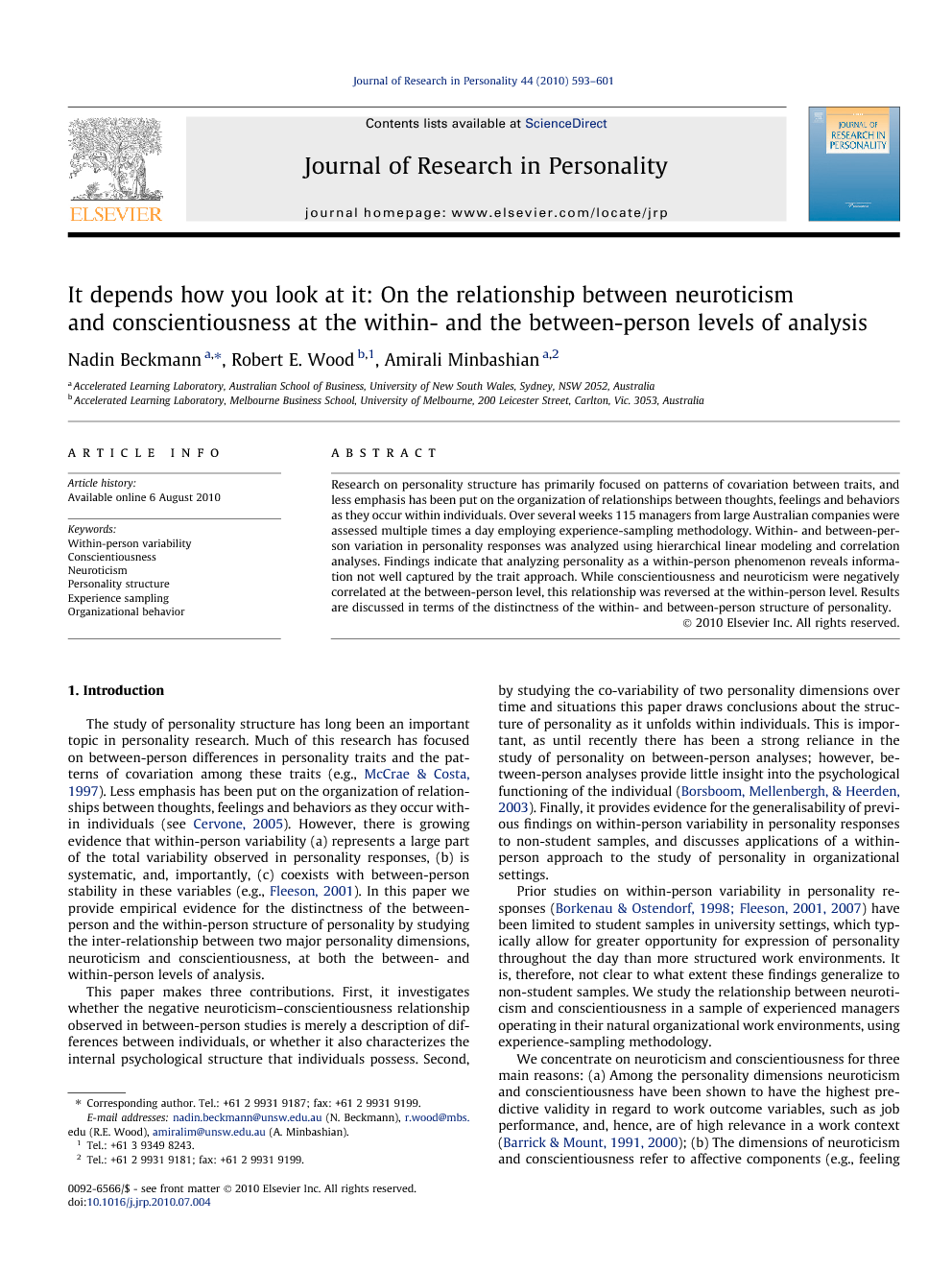 Research on personality structure has primarily focused on patterns of covariation between traits, and less emphasis has been put on the organization of relationships between thoughts, feelings and behaviors as they occur within individuals. Over several weeks 115 managers from large Australian companies were assessed multiple times a day employing experience-sampling methodology. Within- and between-person variation in personality responses was analyzed using hierarchical linear modeling and correlation analyses. Findings indicate that analyzing personality as a within-person phenomenon reveals information not well captured by the trait approach. While conscientiousness and neuroticism were negatively correlated at the between-person level, this relationship was reversed at the within-person level. Results are discussed in terms of the distinctness of the within- and between-person structure of personality.