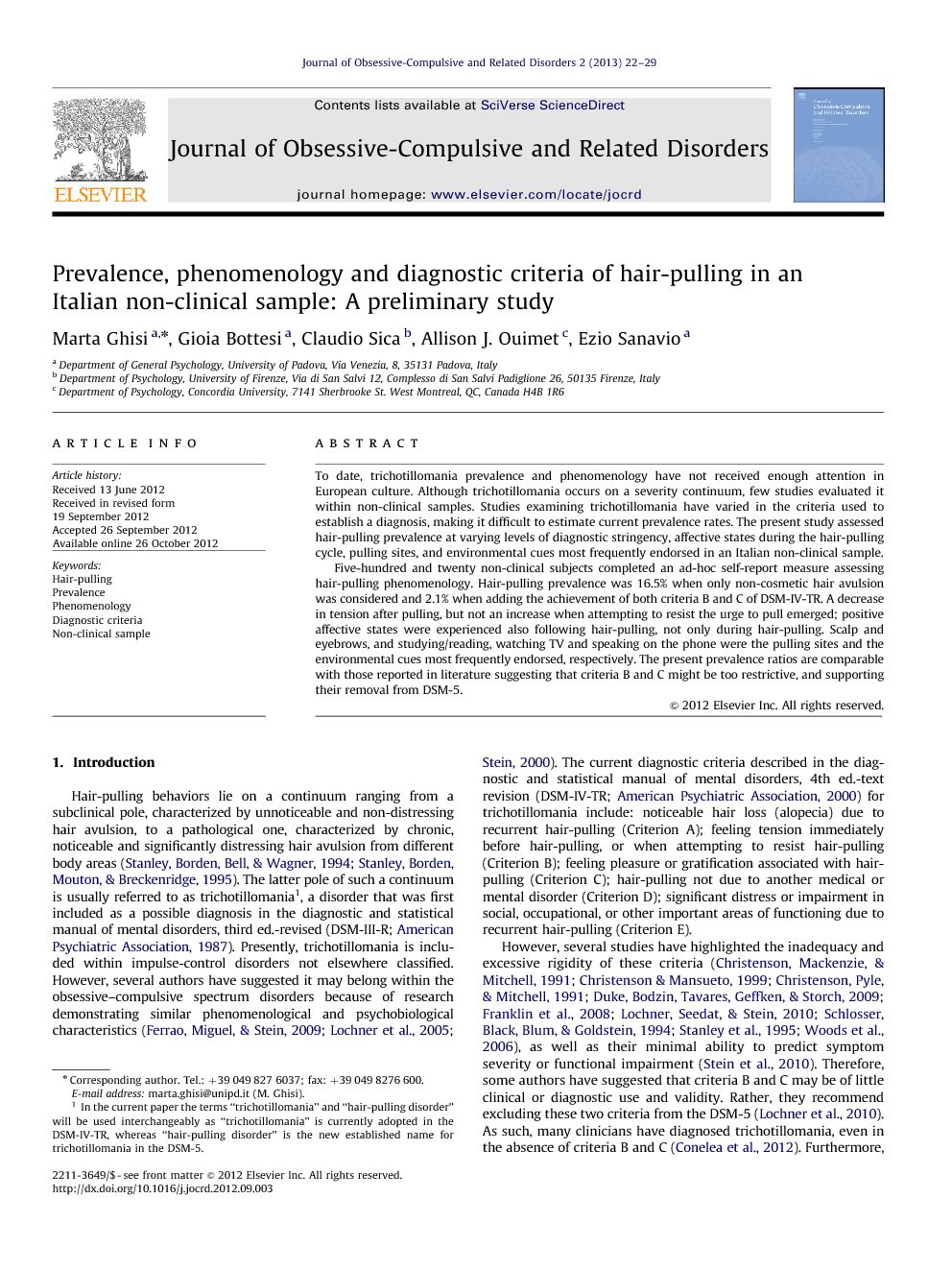 To date, trichotillomania prevalence and phenomenology have not received enough attention in European culture. Although trichotillomania occurs on a severity continuum, few studies evaluated it within non-clinical samples. Studies examining trichotillomania have varied in the criteria used to establish a diagnosis, making it difficult to estimate current prevalence rates. The present study assessed hair-pulling prevalence at varying levels of diagnostic stringency, affective states during the hair-pulling cycle, pulling sites, and environmental cues most frequently endorsed in an Italian non-clinical sample. Five-hundred and twenty non-clinical subjects completed an ad-hoc self-report measure assessing hair-pulling phenomenology. Hair-pulling prevalence was 16.5% when only non-cosmetic hair avulsion was considered and 2.1% when adding the achievement of both criteria B and C of DSM-IV-TR. A decrease in tension after pulling, but not an increase when attempting to resist the urge to pull emerged; positive affective states were experienced also following hair-pulling, not only during hair-pulling. Scalp and eyebrows, and studying/reading, watching TV and speaking on the phone were the pulling sites and the environmental cues most frequently endorsed, respectively. The present prevalence ratios are comparable with those reported in literature suggesting that criteria B and C might be too restrictive, and supporting their removal from DSM-5.