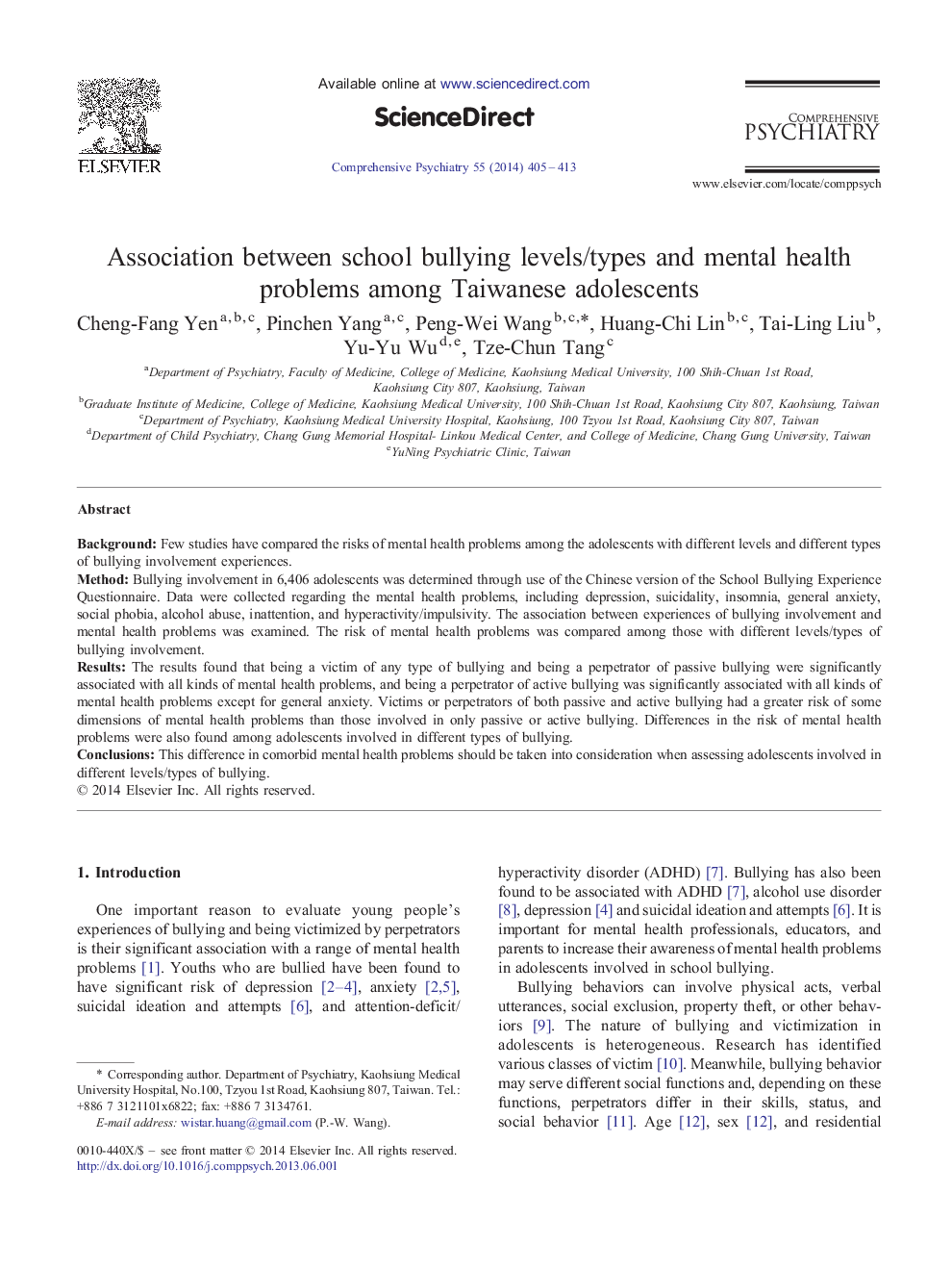 5. Conclusion The results of this study indicate that adolescents who are involved in multiple types of bullying have the greatest risk of mental health problems and need the greatest attention in surveying and intervention programs. Mental health professionals must take this difference in comorbid mental health problems into consideration when assessing adolescents who are involved in different types of bullying instead of assuming that victims and perpetrators are a homogeneous group.