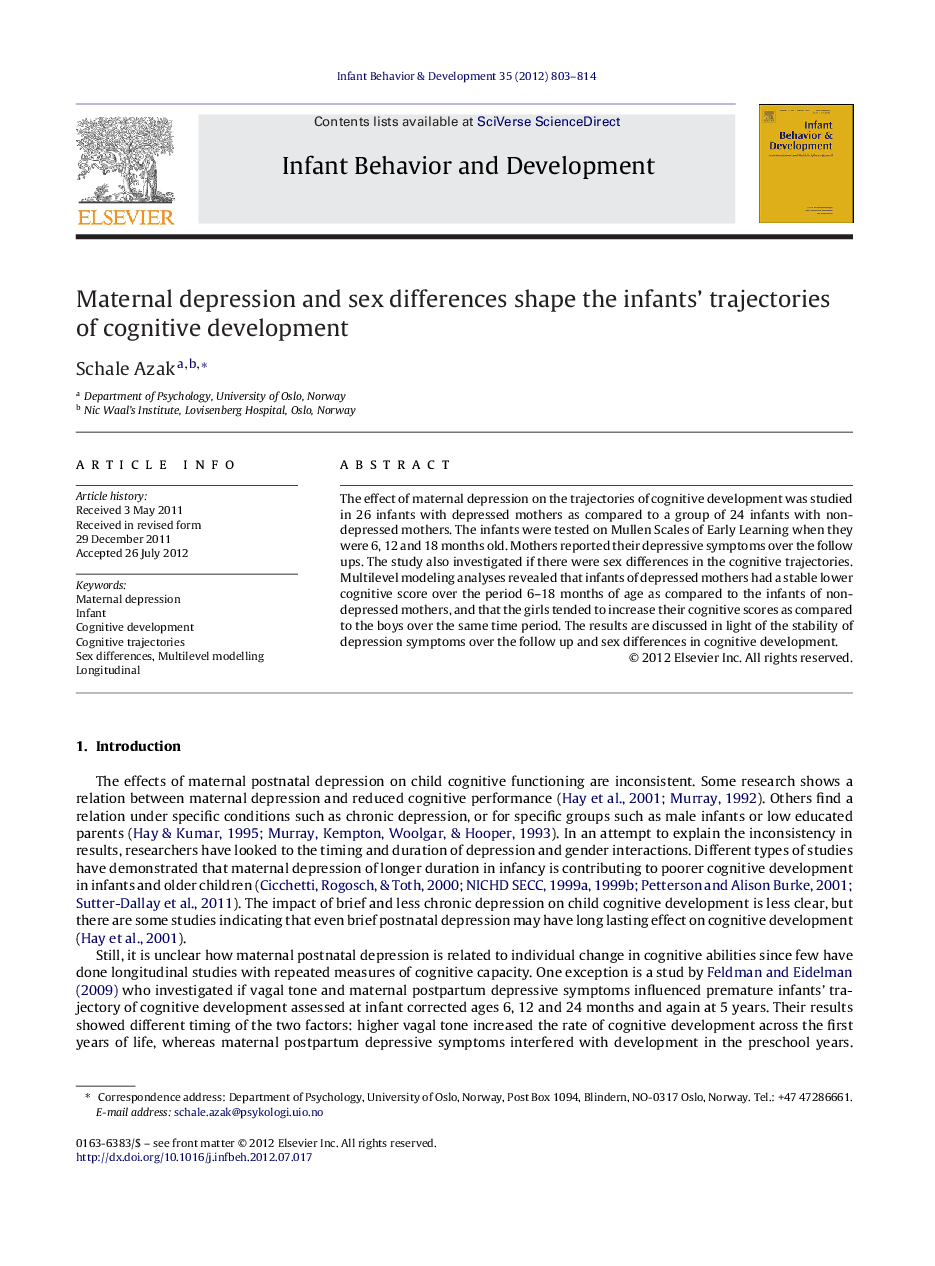 Abstract The effect of maternal depression on the trajectories of cognitive development was studied in 26 infants with depressed mothers as compared to a group of 24 infants with non-depressed mothers. The infants were tested on Mullen Scales of Early Learning when they were 6, 12 and 18 months old. Mothers reported their depressive symptoms over the follow ups. The study also investigated if there were sex differences in the cognitive trajectories. Multilevel modeling analyses revealed that infants of depressed mothers had a stable lower cognitive score over the period 6–18 months of age as compared to the infants of non-depressed mothers, and that the girls tended to increase their cognitive scores as compared to the boys over the same time period. The results are discussed in light of the stability of depression symptoms over the follow up and sex differences in cognitive development.