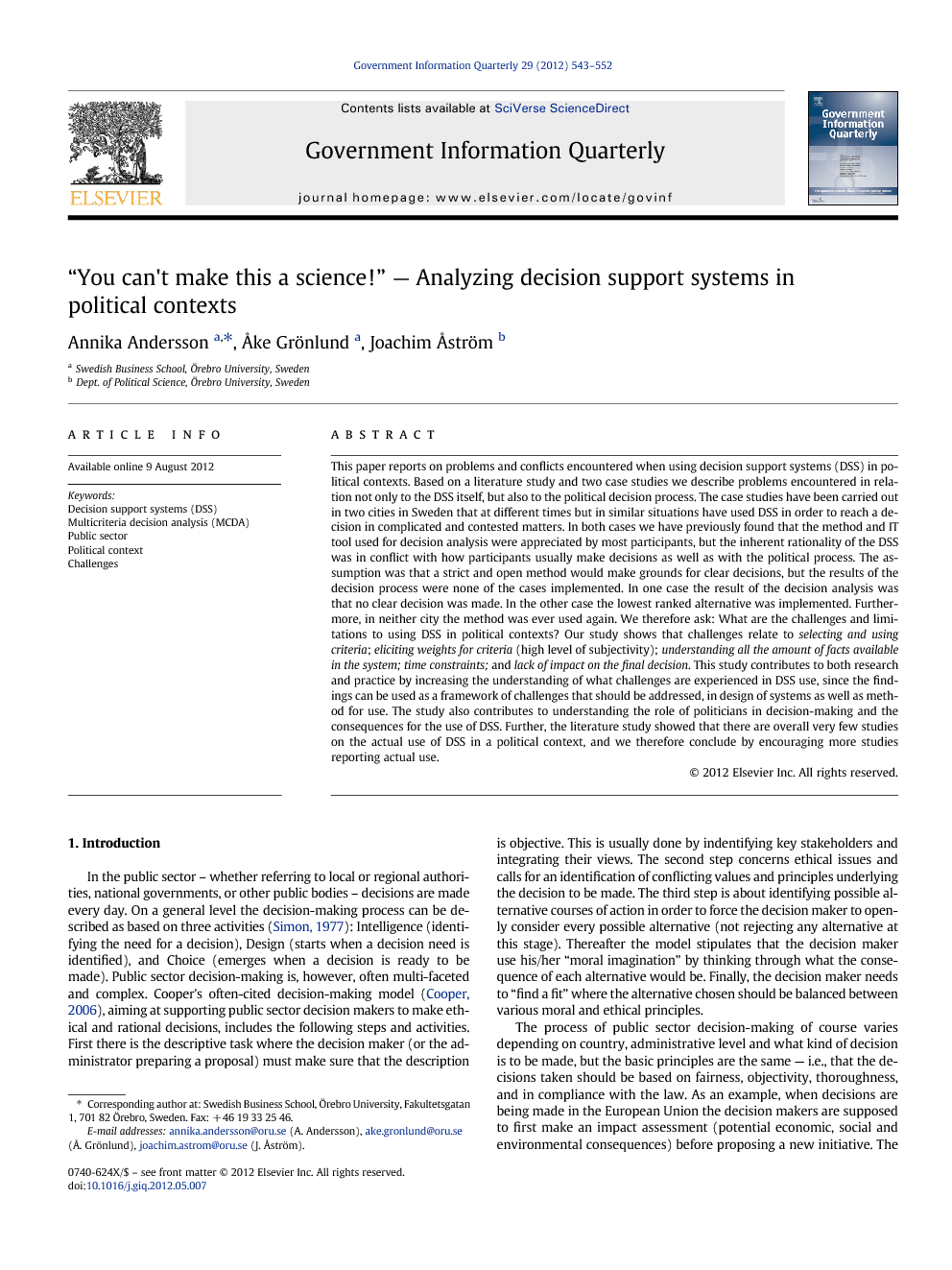 This paper reports on problems and conflicts encountered when using decision support systems (DSS) in political contexts. Based on a literature study and two case studies we describe problems encountered in relation not only to the DSS itself, but also to the political decision process. The case studies have been carried out in two cities in Sweden that at different times but in similar situations have used DSS in order to reach a decision in complicated and contested matters. In both cases we have previously found that the method and IT tool used for decision analysis were appreciated by most participants, but the inherent rationality of the DSS was in conflict with how participants usually make decisions as well as with the political process. The assumption was that a strict and open method would make grounds for clear decisions, but the results of the decision process were none of the cases implemented. In one case the result of the decision analysis was that no clear decision was made. In the other case the lowest ranked alternative was implemented. Furthermore, in neither city the method was ever used again. We therefore ask: What are the challenges and limitations to using DSS in political contexts? Our study shows that challenges relate to selecting and using criteria; eliciting weights for criteria (high level of subjectivity); understanding all the amount of facts available in the system; time constraints; and lack of impact on the final decision. This study contributes to both research and practice by increasing the understanding of what challenges are experienced in DSS use, since the findings can be used as a framework of challenges that should be addressed, in design of systems as well as method for use. The study also contributes to understanding the role of politicians in decision-making and the consequences for the use of DSS. Further, the literature study showed that there are overall very few studies on the actual use of DSS in a political context, and we therefore conclude by encouraging more studies reporting actual use.