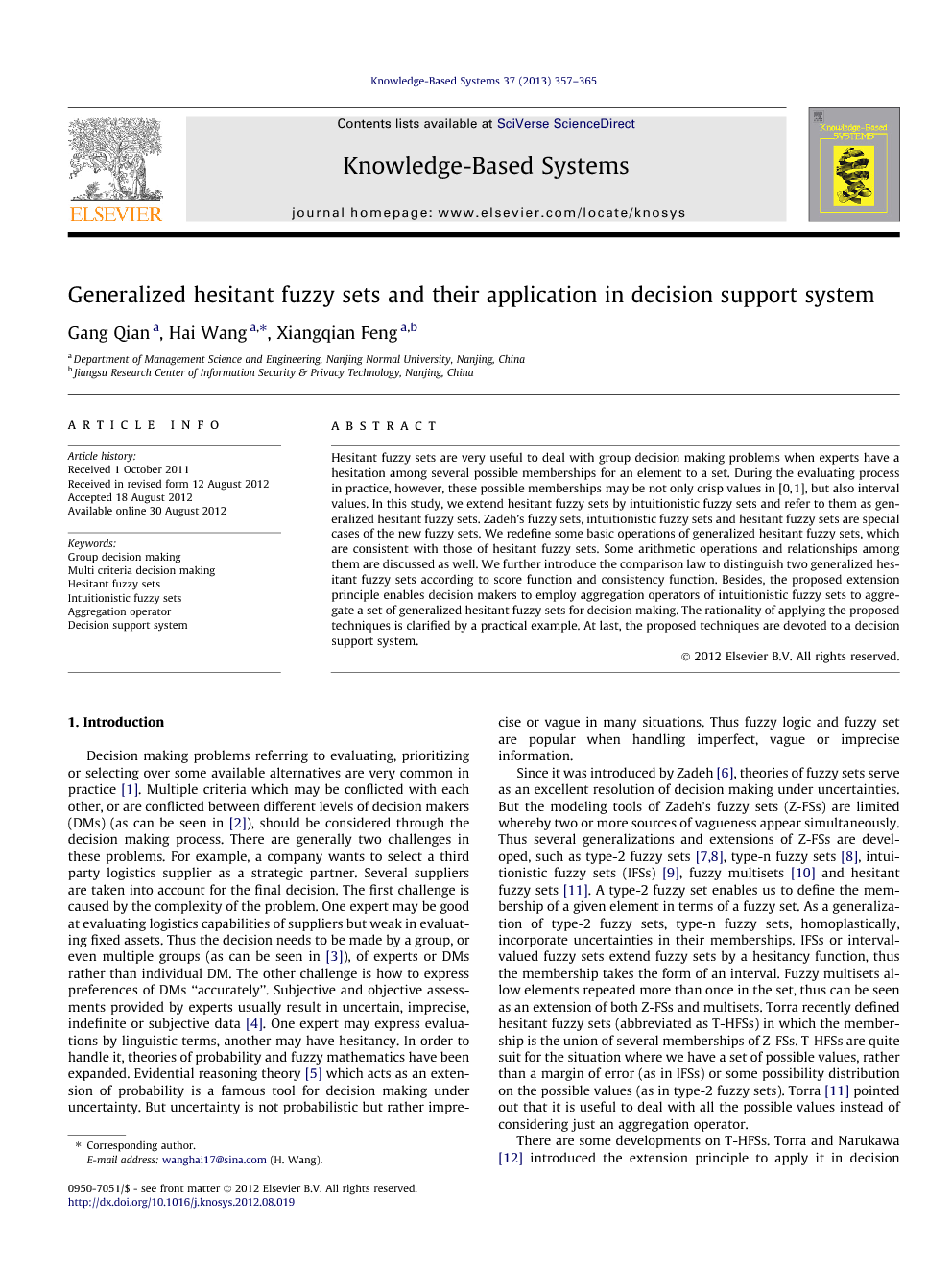 We have generalized Torra’s hesitant fuzzy set using IFSs in group decision making framework. The generalized hesitant fuzzy set is fit for the situation when DMs have a hesitation among several possible memberships with uncertainties. We have discussed the relationships between G-HFSs and other types of fuzzy sets, i.e. T-HFSs, IFSs and Z-FSs. Basic operations and envelope of this new fuzzy set have been redefined, and are consistent with those on T-HFSs. Some arithmetic operations and comparison law have been introduced as well. We have further discussed some relationships and operational laws among those operations. Thus the basic theoretical framework of the proposed fuzzy set has been constructed. In order to apply it to group decision making, we have also proposed the extension principle which enables us to employ aggregation operators of IFSs to aggregate G-HFSs. A practical example has shown the less aggregation time and the flexibility of expressing DMs’ opinion of G-HFSs. At last, we have presented a framework of DSS to use G-HFSs to support decision making. As future work, we consider the study of proper aggregation operators in the generalized hesitant fuzzy setting so as to resolve group decision making problems, especially associating with detecting logical consistency of decision information as in [41]. Further, we seek for potential application of G-HFSs in pattern recognition as in [42], and the implementation of the proposed DSS. Acknowledgments The authors acknowledge support of the Humanities and Social Sciences Project of Ministry of Education under Grant 10YJC630269, the University Science Research Project of Jiangsu Province under Grant 11KJD630001. The authors would also like to thank the editor and two reviewers for various helpful and fruitful comments that led to many significant results.