عنوان انگلیسی
Cognitive behaviour therapy versus eye movement desensitization and reprocessing for post-traumatic disorder – is it all in the homework then?
دانلود فوری مقاله + سفارش ترجمه 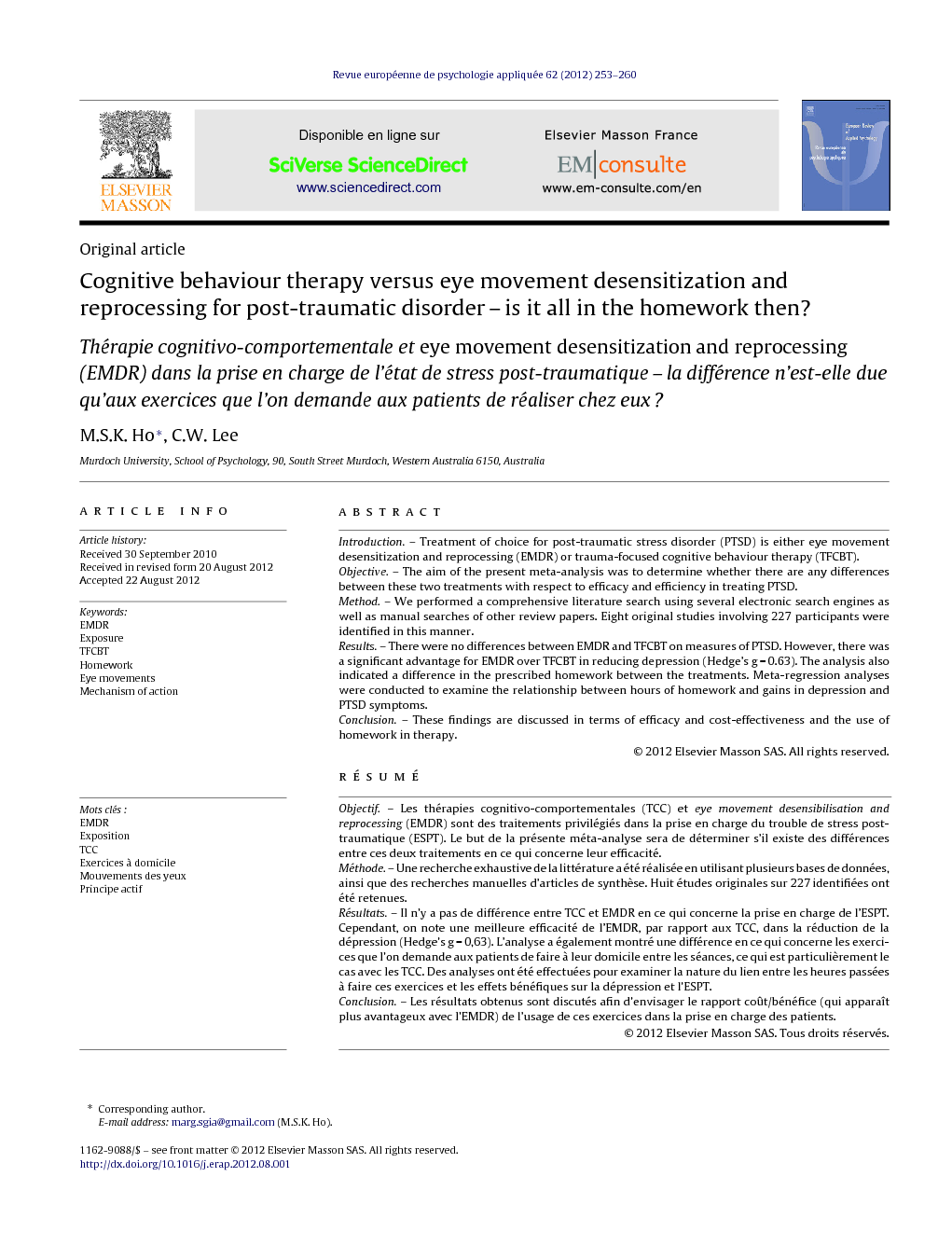 Introduction Treatment of choice for post-traumatic stress disorder (PTSD) is either eye movement desensitization and reprocessing (EMDR) or trauma-focused cognitive behaviour therapy (TFCBT). Objective The aim of the present meta-analysis was to determine whether there are any differences between these two treatments with respect to efficacy and efficiency in treating PTSD. Method We performed a comprehensive literature search using several electronic search engines as well as manual searches of other review papers. Eight original studies involving 227 participants were identified in this manner. Results There were no differences between EMDR and TFCBT on measures of PTSD. However, there was a significant advantage for EMDR over TFCBT in reducing depression (Hedge's g = 0.63). The analysis also indicated a difference in the prescribed homework between the treatments. Meta-regression analyses were conducted to examine the relationship between hours of homework and gains in depression and PTSD symptoms. Conclusion These findings are discussed in terms of efficacy and cost-effectiveness and the use of homework in therapy.

The eight studies comparing EMDR with exposure based CBT refer to a total of 227 participants (116 in the EMDR condition and 111 in the CBT condition; average age = 35.64). Out of the eight studies, seven were not trauma specific populations (i.e. participants reported a range of different and sometimes multiple trauma experiences), and one study was limited to female victims of rape (Rothbaum et al., 2005).