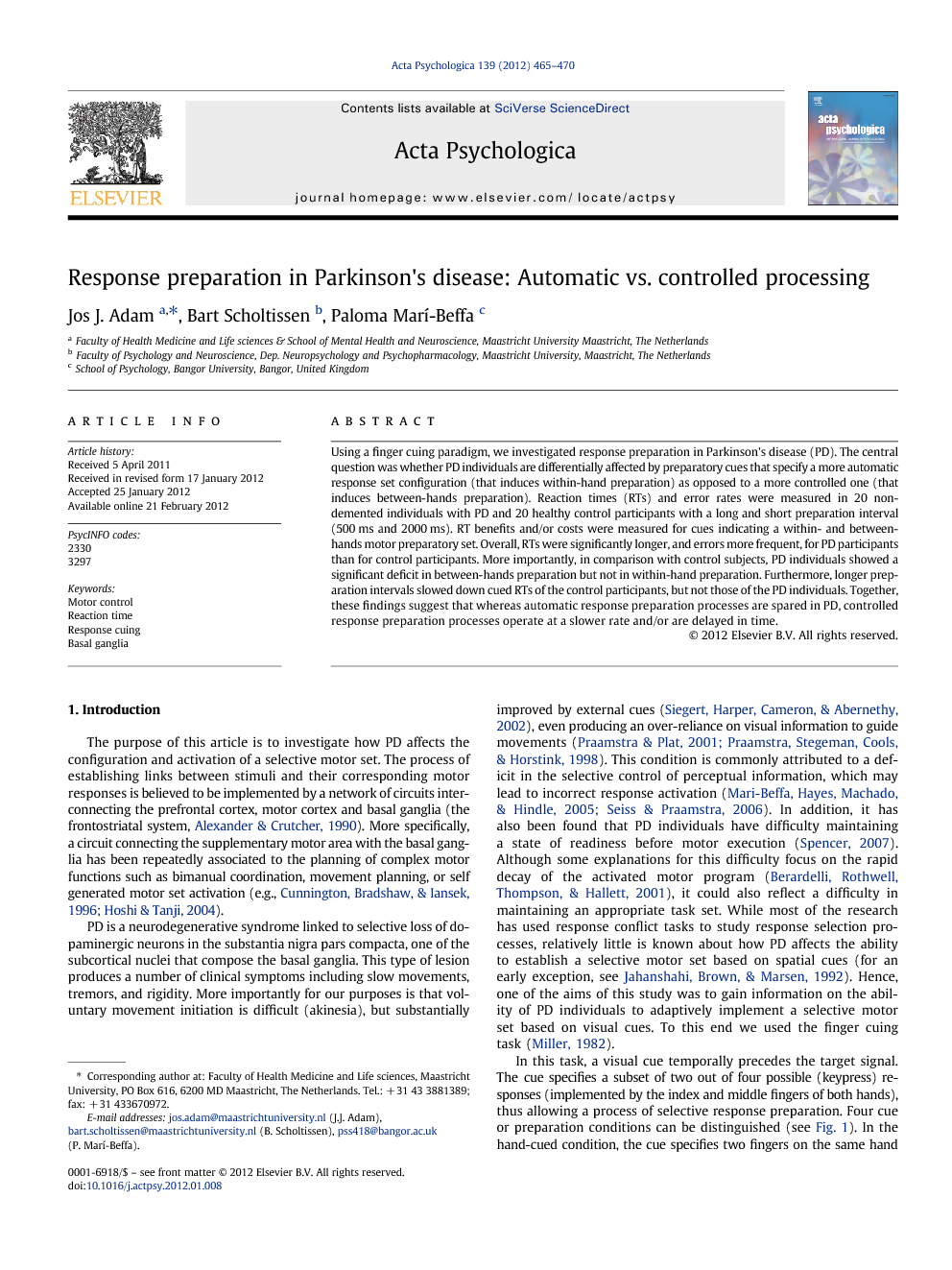 Using a finger cuing paradigm, we investigated response preparation in Parkinson's disease (PD). The central question was whether PD individuals are differentially affected by preparatory cues that specify a more automatic response set configuration (that induces within-hand preparation) as opposed to a more controlled one (that induces between-hands preparation). Reaction times (RTs) and error rates were measured in 20 non-demented individuals with PD and 20 healthy control participants with a long and short preparation interval (500 ms and 2000 ms). RT benefits and/or costs were measured for cues indicating a within- and between-hands motor preparatory set. Overall, RTs were significantly longer, and errors more frequent, for PD participants than for control participants. More importantly, in comparison with control subjects, PD individuals showed a significant deficit in between-hands preparation but not in within-hand preparation. Furthermore, longer preparation intervals slowed down cued RTs of the control participants, but not those of the PD individuals. Together, these findings suggest that whereas automatic response preparation processes are spared in PD, controlled response preparation processes operate at a slower rate and/or are delayed in time.