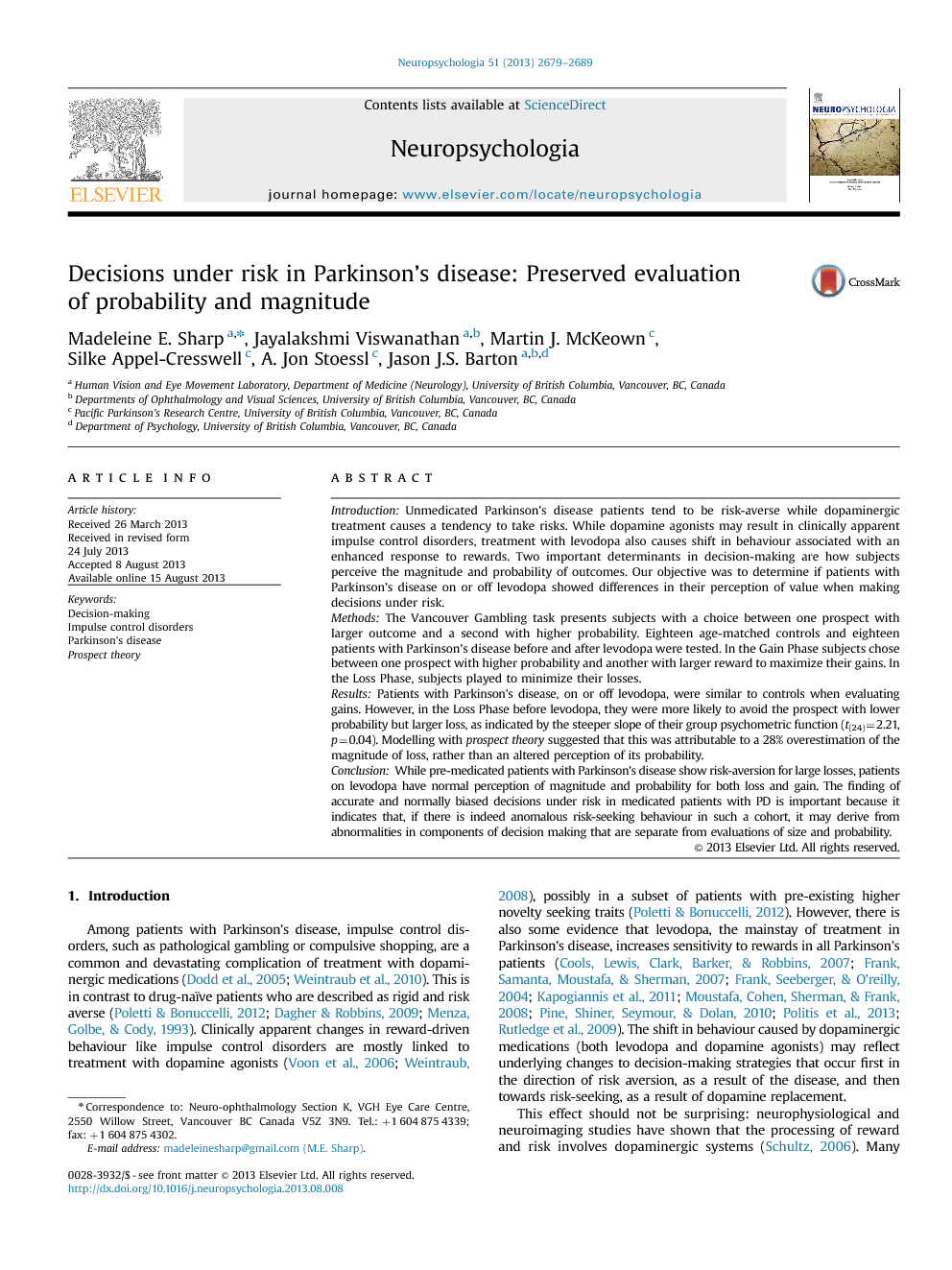 Introduction Unmedicated Parkinson’s disease patients tend to be risk-averse while dopaminergic treatment causes a tendency to take risks. While dopamine agonists may result in clinically apparent impulse control disorders, treatment with levodopa also causes shift in behaviour associated with an enhanced response to rewards. Two important determinants in decision-making are how subjects perceive the magnitude and probability of outcomes. Our objective was to determine if patients with Parkinson’s disease on or off levodopa showed differences in their perception of value when making decisions under risk. Methods The Vancouver Gambling task presents subjects with a choice between one prospect with larger outcome and a second with higher probability. Eighteen age-matched controls and eighteen patients with Parkinson’s disease before and after levodopa were tested. In the Gain Phase subjects chose between one prospect with higher probability and another with larger reward to maximize their gains. In the Loss Phase, subjects played to minimize their losses. Results Patients with Parkinson’s disease, on or off levodopa, were similar to controls when evaluating gains. However, in the Loss Phase before levodopa, they were more likely to avoid the prospect with lower probability but larger loss, as indicated by the steeper slope of their group psychometric function (t(24)=2.21, p=0.04). Modelling with prospect theory suggested that this was attributable to a 28% overestimation of the magnitude of loss, rather than an altered perception of its probability. Conclusion While pre-medicated patients with Parkinson’s disease show risk-aversion for large losses, patients on levodopa have normal perception of magnitude and probability for both loss and gain. The finding of accurate and normally biased decisions under risk in medicated patients with PD is important because it indicates that, if there is indeed anomalous risk-seeking behaviour in such a cohort, it may derive from abnormalities in components of decision making that are separate from evaluations of size and probability.