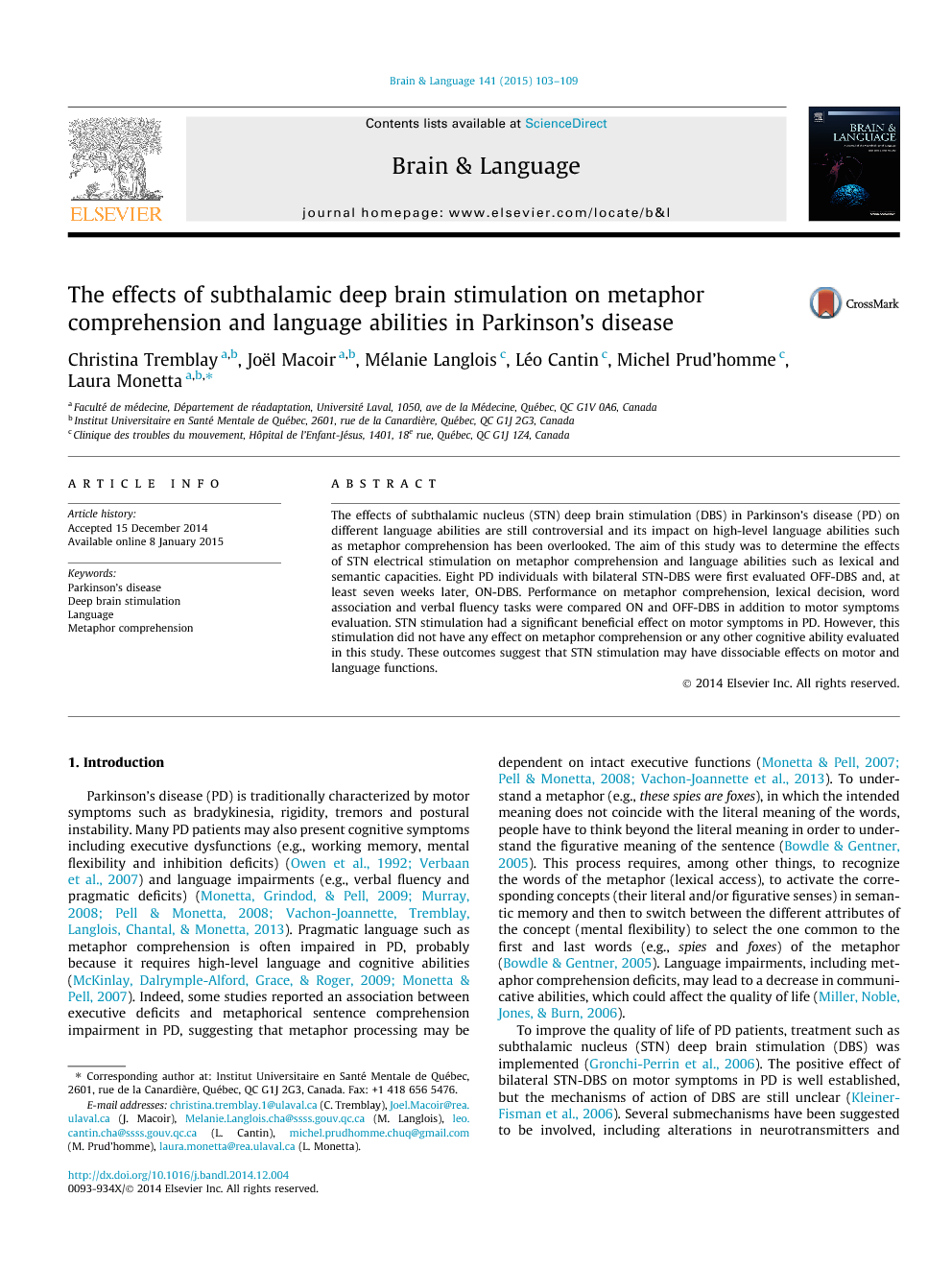 This study was the first to directly evaluate the effect of STN electrical stimulation (on vs. off stimulation) on metaphor comprehension in PD. Electrical stimulation of the STN did not have any effects on metaphor comprehension or any other cognitive abilities evaluated in this study, including executive, lexical and semantic functions. The fact that STN stimulation improved motor functions, but did not have any effects on the cognitive abilities tested in this study, regardless of whether they were impaired or not, suggests that STN stimulation may have dissociable effects on motor and cognitive functions. STN stimulation may modulate frontostriatal motor circuits without, necessarily, influencing associative (cognitive) circuits implicated in language (Alexander et al., 1990 and Schoenberg et al., 2008).