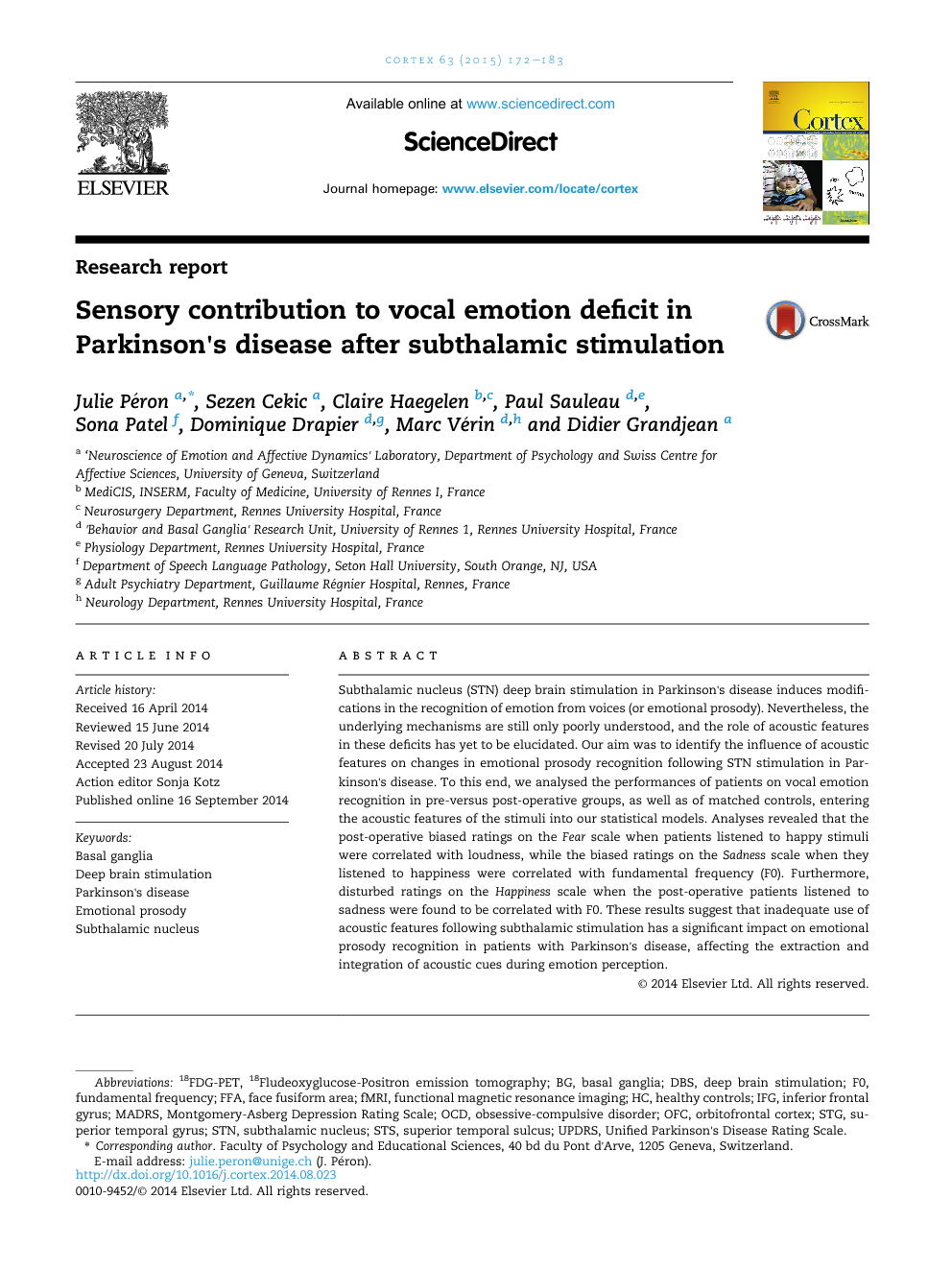 Subthalamic nucleus (STN) deep brain stimulation in Parkinson's disease induces modifications in the recognition of emotion from voices (or emotional prosody). Nevertheless, the underlying mechanisms are still only poorly understood, and the role of acoustic features in these deficits has yet to be elucidated. Our aim was to identify the influence of acoustic features on changes in emotional prosody recognition following STN stimulation in Parkinson's disease. To this end, we analysed the performances of patients on vocal emotion recognition in pre-versus post-operative groups, as well as of matched controls, entering the acoustic features of the stimuli into our statistical models. Analyses revealed that the post-operative biased ratings on the Fear scale when patients listened to happy stimuli were correlated with loudness, while the biased ratings on the Sadness scale when they listened to happiness were correlated with fundamental frequency (F0). Furthermore, disturbed ratings on the Happiness scale when the post-operative patients listened to sadness were found to be correlated with F0. These results suggest that inadequate use of acoustic features following subthalamic stimulation has a significant impact on emotional prosody recognition in patients with Parkinson's disease, affecting the extraction and integration of acoustic cues during emotion perception.