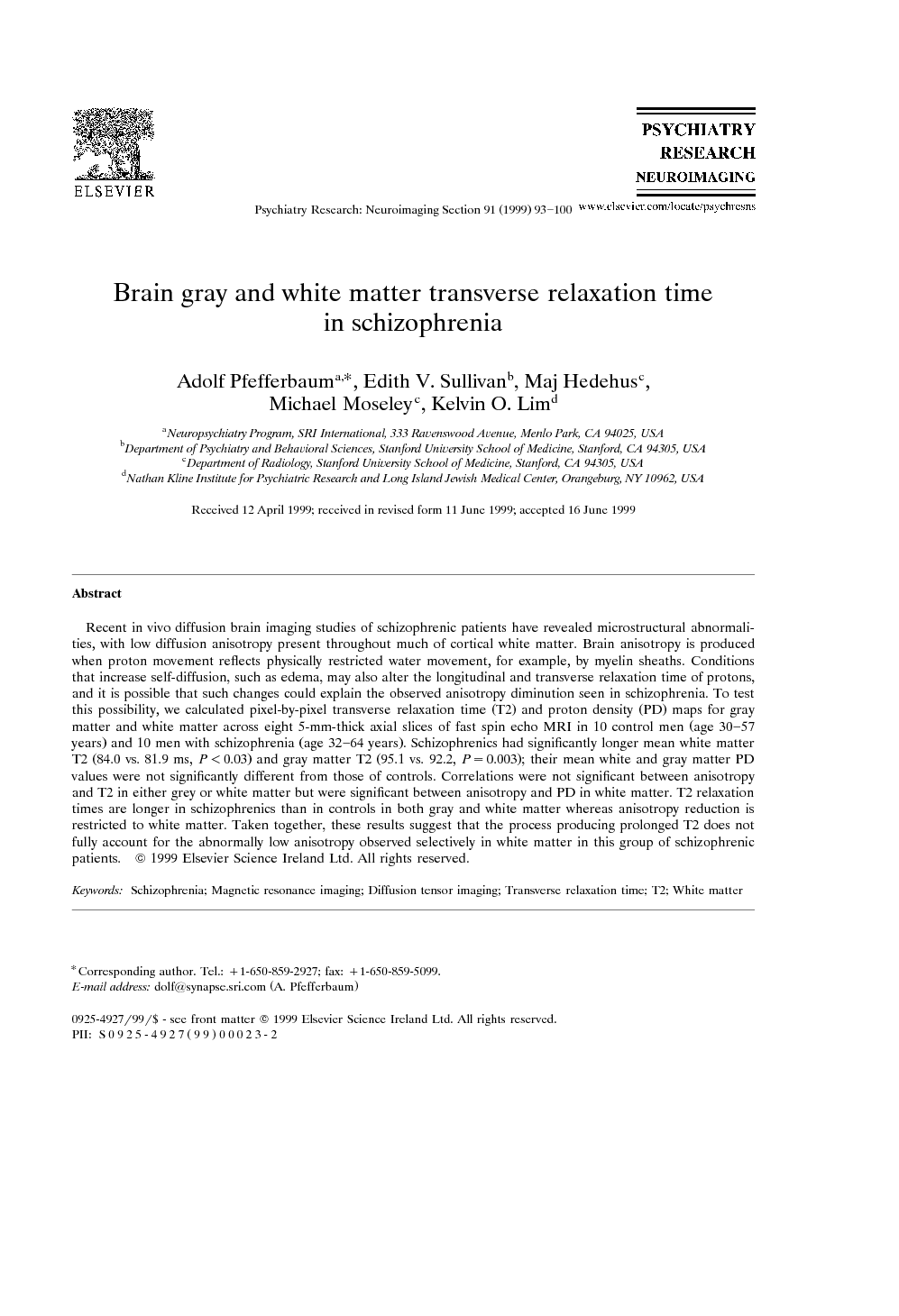 Recent in vivo diffusion brain imaging studies of schizophrenic patients have revealed microstructural abnormalities, with low diffusion anisotropy present throughout much of cortical white matter. Brain anisotropy is produced when proton movement reflects physically restricted water movement, for example, by myelin sheaths. Conditions that increase self-diffusion, such as edema, may also alter the longitudinal and transverse relaxation time of protons, and it is possible that such changes could explain the observed anisotropy diminution seen in schizophrenia. To test this possibility, we calculated pixel-by-pixel transverse relaxation time (T2) and proton density (PD) maps for gray matter and white matter across eight 5-mm-thick axial slices of fast spin echo MRI in 10 control men (age 30–57 years) and 10 men with schizophrenia (age 32–64 years). Schizophrenics had significantly longer mean white matter T2 (84.0 vs. 81.9 ms, P<0.03) and gray matter T2 (95.1 vs. 92.2, P=0.003); their mean white and gray matter PD values were not significantly different from those of controls. Correlations were not significant between anisotropy and T2 in either grey or white matter but were significant between anisotropy and PD in white matter. T2 relaxation times are longer in schizophrenics than in controls in both gray and white matter whereas anisotropy reduction is restricted to white matter. Taken together, these results suggest that the process producing prolonged T2 does not fully account for the abnormally low anisotropy observed selectively in white matter in this group of schizophrenic patients.