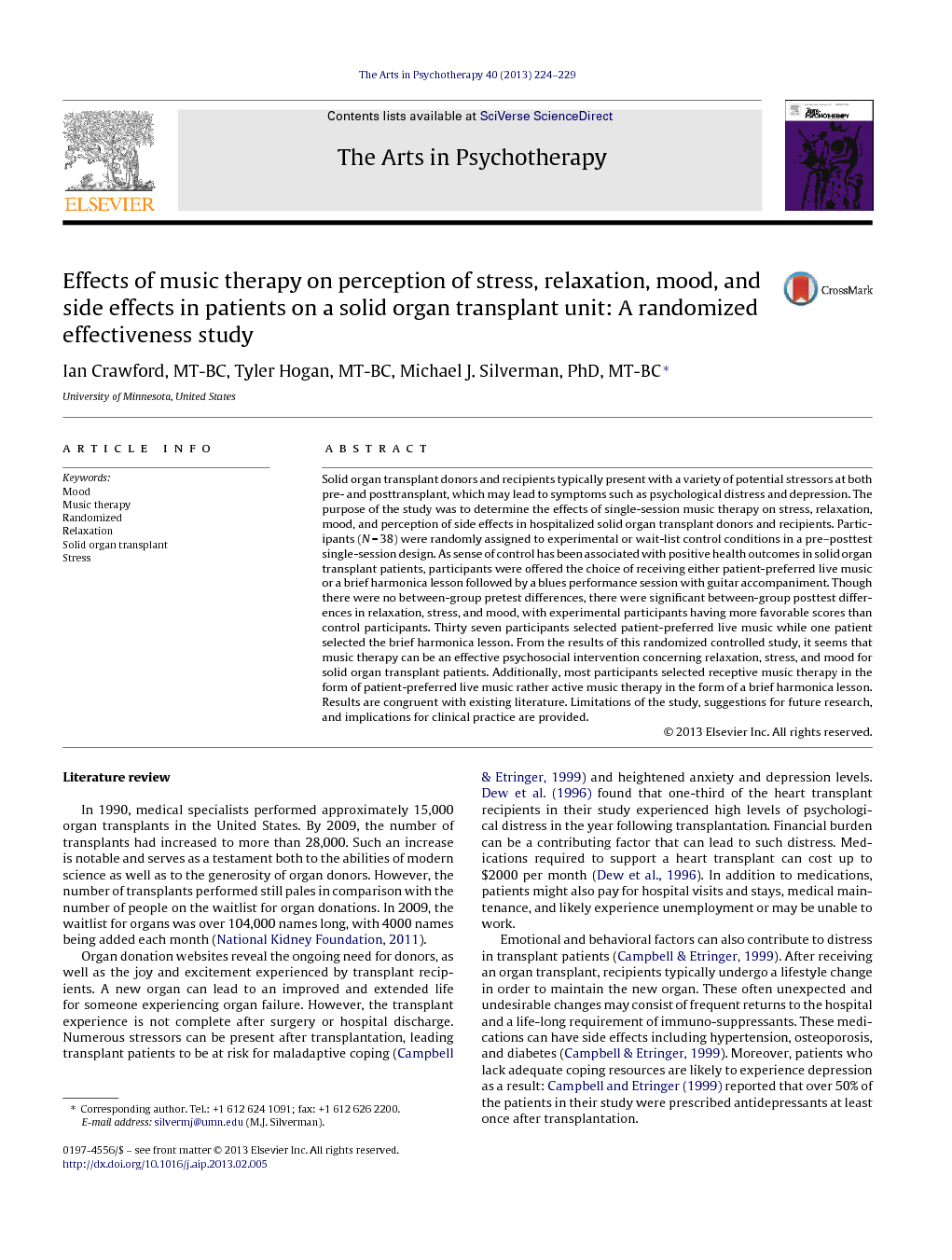 Solid organ transplant donors and recipients typically present with a variety of potential stressors at both pre- and posttransplant, which may lead to symptoms such as psychological distress and depression. The purpose of the study was to determine the effects of single-session music therapy on stress, relaxation, mood, and perception of side effects in hospitalized solid organ transplant donors and recipients. Participants (N = 38) were randomly assigned to experimental or wait-list control conditions in a pre–posttest single-session design. As sense of control has been associated with positive health outcomes in solid organ transplant patients, participants were offered the choice of receiving either patient-preferred live music or a brief harmonica lesson followed by a blues performance session with guitar accompaniment. Though there were no between-group pretest differences, there were significant between-group posttest differences in relaxation, stress, and mood, with experimental participants having more favorable scores than control participants. Thirty seven participants selected patient-preferred live music while one patient selected the brief harmonica lesson. From the results of this randomized controlled study, it seems that music therapy can be an effective psychosocial intervention concerning relaxation, stress, and mood for solid organ transplant patients. Additionally, most participants selected receptive music therapy in the form of patient-preferred live music rather active music therapy in the form of a brief harmonica lesson. Results are congruent with existing literature. Limitations of the study, suggestions for future research, and implications for clinical practice are provided.